Aishwarya Rai Bachchan has had her latest ad with Kalyan Jewellers axed after claims that it promotes child slavery and is racist. DESIblitz reports.

"The creative was intended to present royalty, timeless beauty and elegance."

Bollywood actress Aishwarya Rai Bachchan has found herself in the midst of a racism debacle following her recent ad shoot with Kalyan Jewellers.

The luxury jewellers, for which Aishwarya is brand ambassador promoted a creative new photoshoot which saw Ash reclining on a Mughal style chair with a dark-skinned child holding a red parasol above her.

The jewellers were later forced to take down the ad after receiving heavy criticism regarding it’s visually racist connotations which also appeared to promote child slavery.

The dark-skinned child contrasted heavily with the fair-skinned Ash, making the Black-White divide even more apparent. 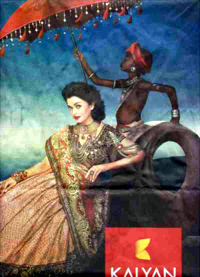 Numerous child and human activists directed their concerns in an open letter to Ash:

“We wish to convey our dismay at the concept of this advertisement, and that you have, perhaps unthinkingly, associated with such a regressive portrayal of a child to sell a product.

“While advertisers routinely use fantasy images to sell products, they must surely desist from using images that condone, legitimise, normalise, or build desirable fantasy around slavery or servitude of any kind, including child slavery or child servitude.

“We, therefore, urge you to do the right thing – cease to associate yourself with this offensive image by ensuring that further use of this advertisement is stopped.”

Aishwarya responded to the open letter that began circulating around the Web. In a statement, her publicist Archana Sadanand explained that Ash was not involved in the creation of the final creative, and that the backdrop was added later by the Kalyan team: 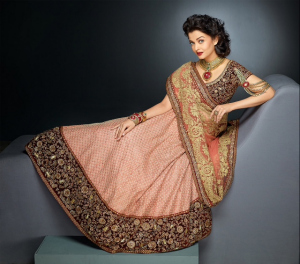 “On the onset we would like to thank you on drawing our attention to the observation of the perception of the advertisement. Here is an attachment of the shot taken by somebody during the shoot.

“The final layout of the ad is entirely the prerogative of the creative team for a brand.

“However shall forward your article as a viewpoint that can be taken into consideration by the creative team of professional working on the brand visual communication.”

Director Sanjay Gupta was keen to defend Aishwarya as he responded to the activists on his Twitter:

“Get a life guys. Sure you have more to do than write these dumb open letters.”

Here is the pic taken. What is done with it in POST is not in the artist/model’s hand. https://t.co/AJxlcobbgM

Kalyan Jewellers finally responded by agreeing to remove the offensive advert, and stated on their Facebook page:

“The creative was intended to present the royalty, timeless beauty and elegance.

“However, if we have inadvertently hurt the sentiments of any individual or organisation, we deeply regret the same. We have started the process of withdrawing this creative from our campaign.”

But the Kalyan retraction has done little to calm the ensuing debate across social media.

Many have targeted both Aishwarya and Kalyan Jewellers for the insensitive advert, which promotes fair-skin tones over darker skin, a common ailment of South Asia.

As the activists mention in their letter to Aishwarya: “[T]he extremely fair colour of your skin (as projected in the advertisement) contrasted with the black skin of the slave-boy is obviously a deliberate ‘creative’ juxtaposition by the advertising agency, and insidiously racist.”

The issue of fair skin vs. dark skin has sparked outrage, with many commenting on the South Asian obsession for light skin. As one Twitter user pointed out:

Aishwarya’s new Kalyan jewellers ad is Racist so taken off. But we have been talking about all Fair&Lovely type ads. why are they still on? — ???? (@souluble) April 24, 2015

Aishwarya has been associated with Kalyan Jewellers as a brand ambassador for a number of years. Recently, she starred in a video advert with father-in-law, Amitabh Bachchan. The celebrity pair also opened the brand’s Chennai showroom (see the images here).

While Ash has enjoyed close relations with the Kalyan team, it will be interesting to see how she takes her endorsements further. Not one to spin controversy, Ash is a keen promoter of social and human rights causes, speaking about discrimination on all levels.

Will she and the Bachchan family now dissociate themselves from the brand to avoid any further censure? We shall have to wait and see.

Aisha is an editor and a creative writer. Her passions include music, theatre, art and reading. Her motto is “Life is too short, so eat dessert first!”
Eating Eggs and Dairy reduces Diabetes Risk
Top Pakistani Model Ayyan remains in Custody