A court has granted another custody extension for one of the most famous models in Pakistan, Ayyan. She will be held in judicial remand until May 8, 2015.

“A lot of these girls come from very protected families and can be very naive.”

Pakistani fashion model, Ayyan Ali, has received yet another extension to her custody in a money laundering case.

Since her arrest on March 14, 2015, a customs court in Rawalpindi has extended her judicial remand several times.

Ayyan will continue to remain in custody until May 8, 2015, after which she is expected to be presented with her charge sheet and stand trial.

The award-winning model was arrested following an apparent attempt to launder money through Islamabad Airport. 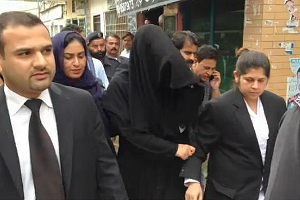 Ayyan denied the charge against her, and her lawyers claimed the money in question came from an authentic property sale.

Sardar Ishaq and Khurram Latif Khosa argued she had no intention of carrying the money across the border, which explained why she did not check in at the time of her arrest.

According to Ayyan, she was waiting to meet her brother in the VIP lounge of the airport, so that she could give him the bag containing the cash.

However, she allegedly informed customs officers that she acquired the money from a businessman with political connections, which alerted suspicions.

Upon the court rejecting her bail application, Ayyan has since been remanded at Adiala prison in Rawalpindi.

Adiala prison is one of the largest and most secure in Pakistan. It has previously housed a number of controversial criminals.

One of its most infamous ‘guests’ was former Prime Minister Yousaf Raza Gilani, who served five years for misuse of authority.

The prison has previously come under fire for the way it treats high profile inmates. Ayyan’s case is no exception.

Despite prison officials slamming rumours of special treatment for her, the local media continues to speculate the Pakistani supermodel has been granted unusual rights.

More pleasant living quarters, television privileges and the option to wear her own clothes are among a number of accusations against Adiala prison authorities.

Officials clarify that only those who completed 14 years in education, as well as government executives, will receive such treatment behind bars in Pakistan.

They also point out Ayyan has been allowed to wear her own clothes in prison, because she is yet to be sentenced. Only convicts are required to dress in the proper prison attire. 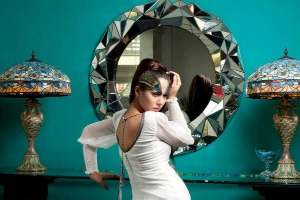 In addition, she is enclosed in a typical ward with 10 other prisoners, whose crimes include murder and drug trafficking.

The fair-skinned beauty started her career at the age of 16 and has become one of the main faces of fashion in Pakistan.

She has worked with many famous Pakistani fashion designers, such as HSY and Bareeze, and frequently graces the runways at Fashion Pakistan Week.

“A lot of these girls come from very protected families and can be very naive. I think of her as a victim.”

If found guilty, Ayyan could face up to 14 years in jail.

Nazhat is an ambitious 'Desi' woman with interests in news and lifestyle. As a writer with a determined journalistic flair, she firmly believes in the motto "an investment in knowledge pays the best interest," by Benjamin Franklin.
Was Aishwarya and Kalyan Jewellery Ad Racist?
Pakistani Men are Third Sexiest in the World