Pakistani supermodel Ayyan Ali has been issued with an arrest warrant in association with the murder of custom officer, Chaudhry Ijaz Mahmood.

Mahmood would have been a vital witness against Ayyan for money laundering.a

Pakistani supermodel Ayyan Ali has been issued with an arrest warrant by a court in Islamabad.

Saima Ijaz has alleged the 23-year-old is responsible for the murder of her husband and custom inspector, Chaudhry Ijaz Mahmood.

He died on June 4, 2016 after succumbing to his injuries.

His widow claims that her husband was shot in order to hide Ayyan’s crimes, and protect her.

Mahmood would have been a vital witness for providing evidence against Ayyan for money laundering in 2015. 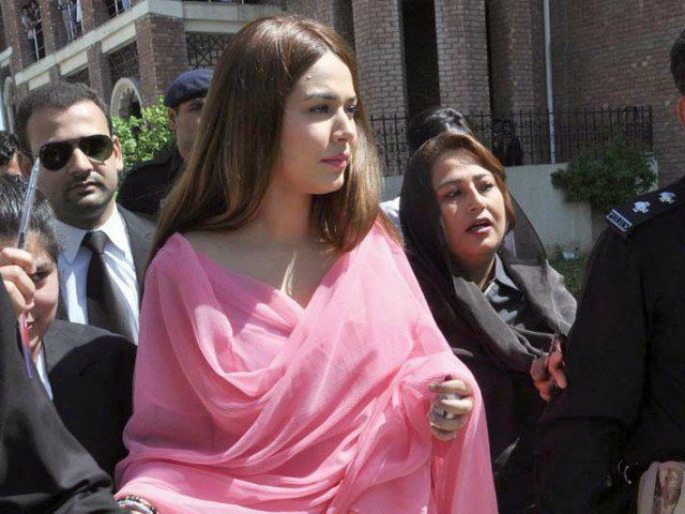 On March 14, 2015, the authority arrested the model at Benazir Bhutto International Airport. She was carrying more than the legal limit in her ‘carry on’ bag.

Mahmood was the inspector who recovered the cash. This led to the imprisonment of Ayyan in Rawalpindi’s Adiala prison for four months.

During her time there, she denied any currency smuggling allegations against her.

She was bailed out of prison, however the case is still pending in customs court.

She has responded to the warrant in two lengthy notes on Twitter:

“I have strong doubt that Ayyan Ali is involved in the murder of my husband.”

She further adds that Mahmood had been under severe mental pressure due to his involvement in the high-profile case.

The Tribune reports he had received several threat calls from unidentified men, forcing him to alter his statement in court to protect and weaken the case against the renowned model.

In another twist to the case, Mahmood’s death was initially recorded as an attempted robbery.

However, his wife later filed a petition, accusing the supermodel of murder. Rawalpindi’s District Judge Naveed Dar accepted her petition.

The local court magistrate Ghulam Latif has ordered the police to arrest the model. Ayyan, who is currently on bail, has to be presented in court within 10 days.

Her name has also been put on the Exit Control List which means she will be barred from leaving the country.