Watching our single life burn away

Biswa and Sulagna both took to social media to announce their wedding on 19th December 2020.

Due to Covid-19, the wedding was held among close friends and family.

Sulagna wore a beautiful pink lehenga with golden embroidery and a sea-green dupatta.

Biswa Kalyan Rath was dressed in an elegant off-white sherwani with a golden turban, matching the golden detailing on Sulagna’s lehenga.

Biswa shared two pictures; one for the wedding and one of the Reception ceremony.

One picture shows them with a warm smile. In the second picture, the couple makes a funny face. He wrote on Instagram:

The caption was a play on the title of his comedy show, Biswa Mast Aadmi.

Sulagna showed her excitement through a series of two wedding photos posted at the same time as her beau.

Commenting on each of the two pictures, Sulagna quipped:

On the show,  he did humorous reviews of films along with ace comedian Kanan Gill.

His now-wife Sulagna started her acting career in 2007 with her debut show Amber Dhara on television.

The show was based on conjoined twins Amber and Dhara, where she played the latter.

Sulagna made her Bollywood debut in the film Murder 2 (2011), where she played the role of a college student who ends up becoming a prostitute in order to support her family.

She was nominated for the Apsara Film & Television Producers Guild Awards in the ‘Best Actress in a Supporting Role’ category.

She recently made her acting comeback in 2020 with the Amazon Prime Video series Afsos after an 8 year-long hiatus. 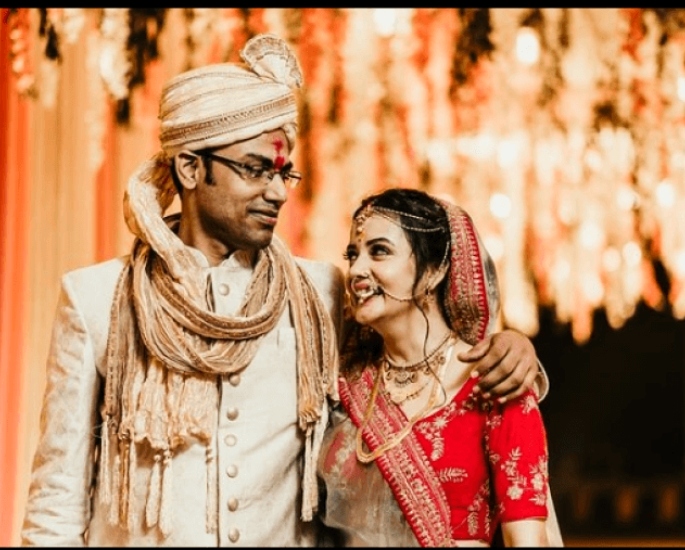 After Biswa Kalyan Rath and Sulagna uploaded their wedding pictures, their followers inundated them with likes and comments wishing them congratulations.

Among the long list of well-wishers were famous comedians and Biswa’s contemporaries, Kenneth Sebastian and Neeti Palta.

“I love how you rarely post anything and when you do, you announced your wedding.

“After 2 years expecting 2 children and Biswa Mast Aadmi undergrad college post! Congrats to both of you”