In his comic debut, stand-up comedian Vir Das compared Trump’s relationship with America to an arranged marriage where your parents choose the guy for you!

"The reaction from a live audience is always very rewarding. It was truly an amazing experience"

Vir was invited as a guest on the popular Conan O’Brien Show, Late Night with Conan O’Brien, and cooked up a storm with his hilarious 5-minute routine.

There is always some excitement and a sense of pride attached with watching Desi and Bollywood faces making it to American talk shows.

Priyanka Chopra has been doing a fab job so far with her appearances and Vir Das has only left us wanting for more.

From taking a dig at Trump’s relationship with Americans to picking on the ‘Indian’ accent, Vir Das slayed with his comic timing and received a roaring applause from the audience.

The stand-up comedian, who is also a recurring member of the film industry and was last seen in Ajay Devgn’s Shivaay, joked about how for Americans, President Donald Trump was like an arranged marriage that Indians often find themselves stuck in.

Funny isn’t it? There is more. American women, a cereal obsession and an Apple upgrade for religion. 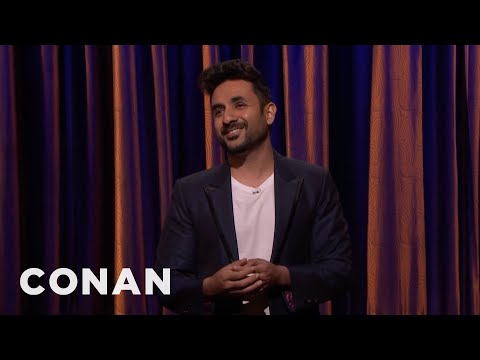 Vir Das shared his experience of being on the show with the Hindustan Times:

“It was a blast to be on the show. Conan was humble and an opportunity to actually perform a small set of the Netflix special was very big for me. The reaction from a live audience is always very rewarding. It was truly an amazing experience.”

With his original Netflix special, Abroad Understanding, Vir has joined the likes of Amy Schumer and Russell Peters who have their own Netflix special.

Vir is currently on World Tour for his show and will be visiting 26 countries, including the UK, for a live a stand-up comedy session.