Bollywood’s legendary Vinod Khanna has passed away, aged 70, after a long battle with cancer. DESIblitz pays tribute to the iconic actor.

The world of Bollywood has been left shocked by the sad news of Vinod Khanna’s death.

The actor, one of the industry’s finest legends, passed away after being admitted to hospital in early April. After suffering a long battle with cancer, he died on 27th April 2017, aged 70.

Vinod Khanna carved himself a successful film career, especially during the 1970s. Acting in over 100 Bollywood films, he starred in a string of hits, including Mere Apne (1971) and Muqaddar Ka Sikander (1978).

As India mourns the loss of such a pivotal figure in cinema, DESIblitz pays tribute to the actor and looks back on his life.

Born on 6th October 1946, Vinod Khanna’s love for cinema began during his schoolboy days at a Deolail boarding school. By watching classic films such as Solva Saal and Mughal-e-Azam, it sparked an interest to pursue acting.

However, it was only until 1968 where Vinod landed his first film role in Man Ka Meet (1968). Starring as the antagonist to Som Dutt’s hero, the film led to the actor in future villainous roles through the late ’60s and very early ’70s.

But where many Hindi actors would be destined to this path of playing supporting characters or villains, Vinod Khanna broke the mould. The legend’s first major breakthrough into Bollywood came in his appearance in Hum Tum Aur Woh (1971), followed by Mere Apne (1971). 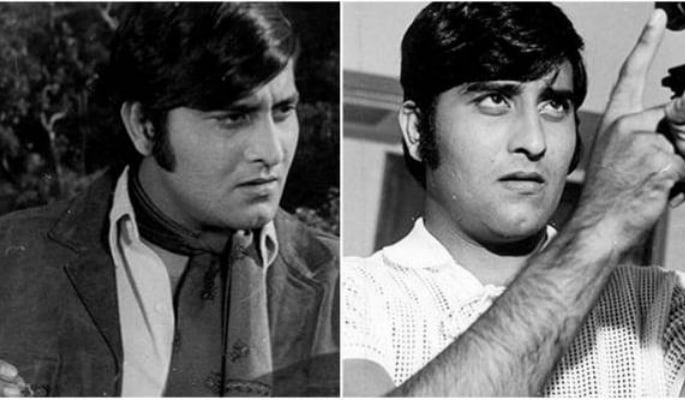 While some of his early films themselves couldn’t achieve success, critics regularly praised Vinod’s portrayal. His delivery of roles caught the eye of many producers, leading him to work in much bigger productions.

These career-defining roles allowed Vinod Khanna to become involved in heroic, romantic film storylines. Through the 70s, he starred along with various leading ladies, such as Moushumi Chatterjee in Farebi (1974), Yogeeta Bali Chakraborty in Gaddar (1973) and Reena Roy in Jail Yatra (1982).

Therefore, one could say Vinod was the Shahrukh Khan of his day. With his handsome looks and charismatic nature, he managed to wins hordes of fans throughout the 1970s. He also created good friendships within Bollywood, most notably with Amitabh Bachchan, Rishi Kapoor and Feroz Khan.

One of of Vinod’s biggest films was the 1980 blockbuster Qurbani alongside Feroz Khan, Zeenat Aman and Amjad Khan. The film featured the hit song by Nazia Hassan, ‘Aap Jaisa Koi’.

While Vinod’s rising success posed a threat to Amitabh’s own popularity, the two shared great on-screen chemistry. Appearing both in Muqaddar Ka Sikander (1978) and Amar Akbar Anthony (1977), both actors became regulars in the decade’s various multi-hero films. To be precise, Vinod starred in 47 of these films.

But in 1978, at the height of his career, the actor announced a drastic change. In a press conference (an unusual event in its day) Vinod Khanna announced he would retire from the film industry to follow Rajneesh, a spiritual leader.

While all of Bollywood remained surprised at his decision, Vinod Khanna explained years later his reasons on the break. He said:

“My mind was very hyper. Thoughts were all over the place and I was very angry in the sense that I had reached a saturation point where people can press your buttons and make you react – your emotions, your anger and it wasn’t under my control.”

“Yet I used to see when I meditate these things don’t affect at all and you become the master of your mind. And these were the things that drove me to say that I have had enough film, I have had enough fans, I have made enough money.

“I felt that if I really had to go deeper into meditation, I need to give full time to it. 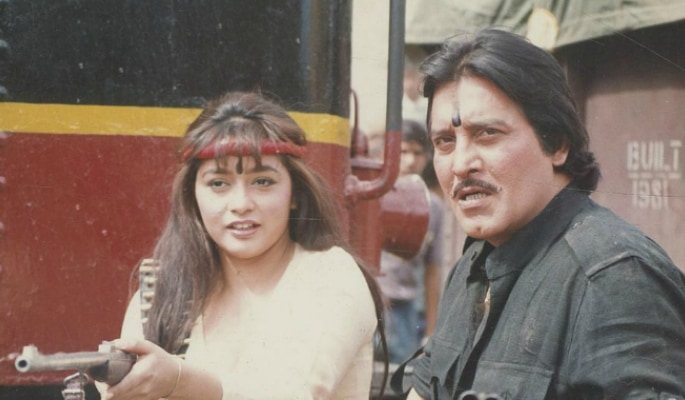 The Bollywood actor came back to film screens in 1987. Despite an encouraging comeback with Insaaf (1987), Vinod began to feature less and less in films through the 1990s.

However, he began to delve into carving a political career as he joined the Bharatiya Janata Party (BJP) in 1997. After winning elections in 2004 and 2014, Vinod Khanna showed his success as a politician as well as an actor.

The devastating news of Vinod Khanna’s death has sent shockwaves through Bollywood.

Amitabh Bachchan reportedly walked out of an interview upon hearing the news to rush to Vinod’s hospital. In addition, Karan Johar has suspended the premiere of his new film, Baahubali The Conclusion, originally released on the same day.

Since the actor’s passing, figures from all across Bollywood have expressed their tributes to Vinod Khanna:

Will miss you Amar. RIP. pic.twitter.com/WC0zt71R4J

His screen presence is unparalleled even today…his super star swag is what we grew up on….RIP #VinodKhanna …thoughts and prayers….

Will always remember Vinod Khanna as a popular actor, dedicated leader & a wonderful human. Pained by his demise. My condolences.

Sad to learn about the passing away of #VinodKhanna Sir,one of the most charismatic actors…truly end of an era.Condolences to the family??

Despite Vinod Khanna’s unfortunate passing, many will remember the inspiring legacy he has created. Altogether, his hard work, determination and passion for acting created a career that none could compare to.

Vinod Khanna will continue to act as a pivotal, influential figure of 1970s Bollywood.