Nora Fatehi took to social media to announce a massive milestone as her dance number ‘Dilbar’ crossed the one billion-mark on YouTube.

"I couldn’t do it without ur unconditional love and support!"

She celebrated the achievement at T-Series’ office in Mumbai.

The massive milestone also meant that Nora made history. Given that she comes from a Moroccon family, Nora is the first African-Arab woman to reach one billion views on YouTube.

Nora shared a series of pictures of her being presented with a cake as well as a dance performance. She wrote:

“What an AMAZING SURPRISE flash mob. THANK u guys for planning this.

“Today history is made as I’m officially the first African Arab female artist to hit 1 billion on YouTube #dilbar!

“And I couldn’t do it without ur unconditional love and support!

Nora’s milestone announcement led to messages of congratulations from her followers.

One user wrote: “Awwwwwwwwh loveeeee these pics!!! How wonderful, congrats my love.”

“Perseverance and hard work always pay off! I wish you the best for the future.”

“New excitement awaiting you: A new start, a new challenge, a new project… but for now I send you all my congratulations on your success!

“Well done, you have deserved it.”

Given Nora Fatehi’s popularity in Bollywood, it was only a matter of time before one of her dance numbers would cross such a prestigious milestone.

After it was released on YouTube, it crossed 21 million views within 24 hours, making it the first Hindi song to reach such numbers.

‘Dilbar’ featured in the 2018 film Satyameva Jayate and it featured John Abraham in the lead role.

It was a reprised version from Sirf Tum.

The song was composed by Tanishk Bagchi and was sung by Neha Kakkar, Asees Kaur and Dhvani Bhanushali.

In the music video, Nora Fatehi enthralled audiences with her belly-dancing skills.

This included the likes of ‘O Saki Saki’ from Batla House and Street Dancer 3D‘s ‘Garmi’.

Her latest song, ‘Chhor Denge, was released on February 4, 2021, to much success.

Watch the Music Video for ‘Dilbar’ 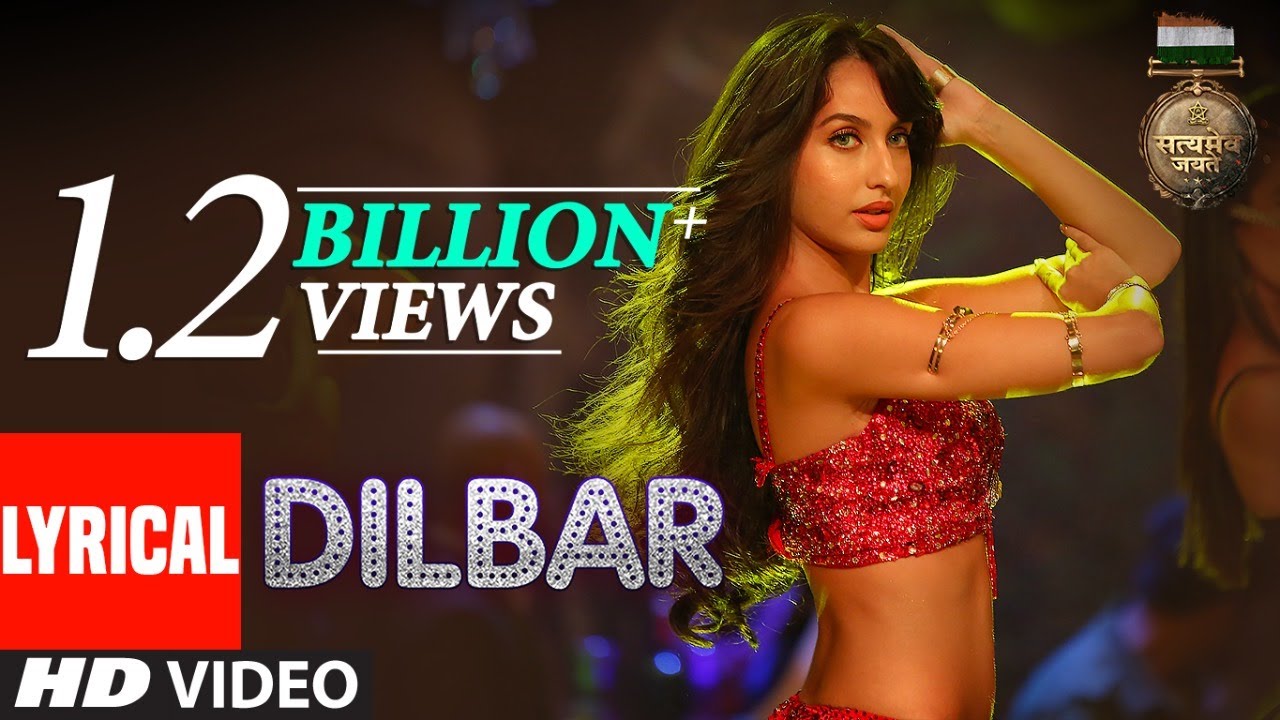 Dhiren is a journalism graduate with a passion for gaming, watching films and sports. He also enjoys cooking from time to time. His motto is to “Live life one day at a time.”
Shehnaaz Gill shines with Badshah in ‘Fly’
Canadian Man Bhangra dances on Frozen Lake post-Vaccine