"He never fails to entertain me.”

When you’re in need of a laugh, there’s always a British Asian comedian whose material will cheer you up.

For decades, British Asian comedy has been uplifting audiences and giving them a space to relate to and see themselves in.

British Asian comedians such as Tez Ilyas, Guz Khan and Adil Ray have been performing on stages and screens across the United Kingdom.

These comedians have proved that British Asian comedy has provided Britain with some of the best television, film and stand-up.

These comedians have cast a light on the ‘British Asian’ experience of childhood, the workplace and general life.

DESIblitz takes a look at some of the best British Asian comedians who will have you in fits of laughter. 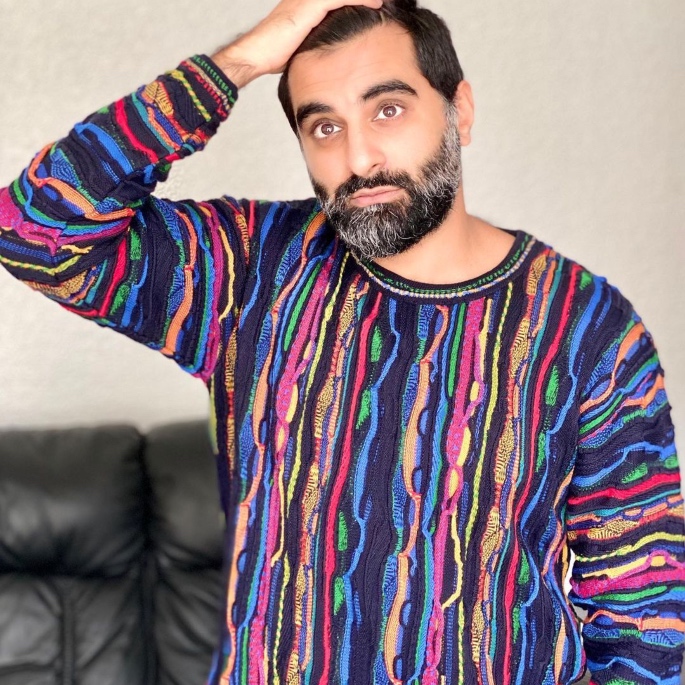 Tez Ilyas is a British Asian comedian from Blackburn. Born in 1983, Ilyas became a comedian in 2010.

He stumbled upon comedy after researching for online writing courses. This then led him to complete an open-mic workshop.

In his first three years of comedy, he was shortlisted in eight comedy finals, including the BBC New Comedy Award, and the Leicester New Mercury Comedian of the Year Award.

Ilyas’ 2015 show TEZ Talks sold out a run at the iconic Soho Theatre and lead to the creation of his own BBC Radio 4 series based on the show.

His skits are based on life as a British Muslim, which has earnt him a cult following and a string of successes.

One of Ilyas’ most notable performances is the recurring character Eight in the BBC series Man Like Mobeen (2017-onwards) starring fellow British Asian comedian, Guz Khan.

His upcoming show the Populist Tour is scheduled for 2021. Get tickets here.

Tez’s phenomenal work has been praised by fans and critics alike. The Telegraph said:

“Tez Ilyas’s political stand-up is candyfloss with a razorblade inside: sweet and familiar at first, then shockingly, painfully sharp. It’s the kind of manoeuvre that takes serious talent to pull off.” 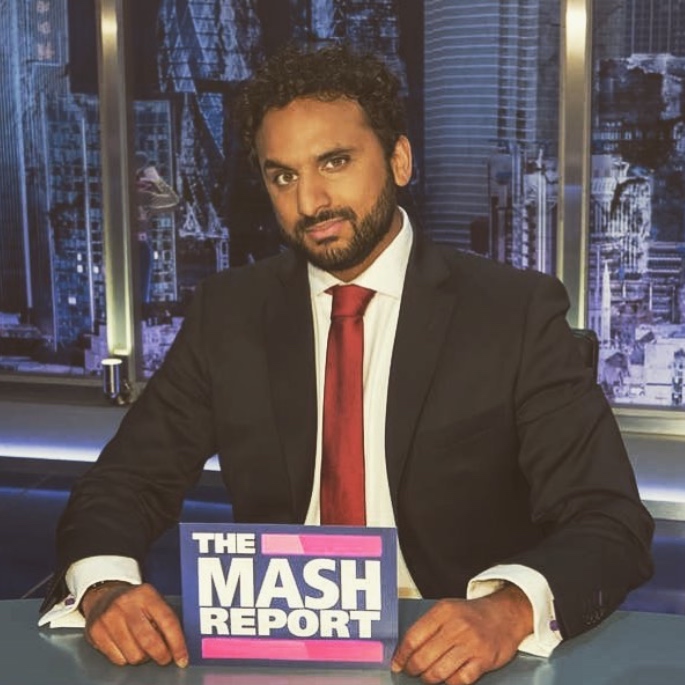 Nish Kumar began his comedy career with Tom Neenan as the double act Gentleman of Leisure.

The double act had a string of successes, including a feature on Radio 4 Extra’s the Comedy Club (2012).

His debut solo show Who is Nish Kumar? (2012) was included in Dave’s Ten Funniest Jokes of the Fringe.

The critically acclaimed comic went on to do a follow-up show in 2013 titled Nish Kumar is a Comedian which received rave reviews. This was another sold-out two-week run at The Soho Theatre for the comedian.

In 2014, Nish’s third show, Ruminations on the Nature of Subjectivity was once again successful as it consistently sold out at the Edinburgh Fringe Festival and The Soho Theatre.

The hilarious comedian has also been invited to perform at several prestigious comedy shows including the Melbourne International Comedy Festival and the Leicester Comedy Festival.

In March 2017, Kumar hosted his own show Spotlight Tonight with Nish Kumar on BBC Radio 4.

Over the years, Nish Kumar has delivered amazing shows including stand-up performances and appearances on television.

Undoubtedly, there is more to come from Nish Kumar as he continues to entertain viewers and audiences. 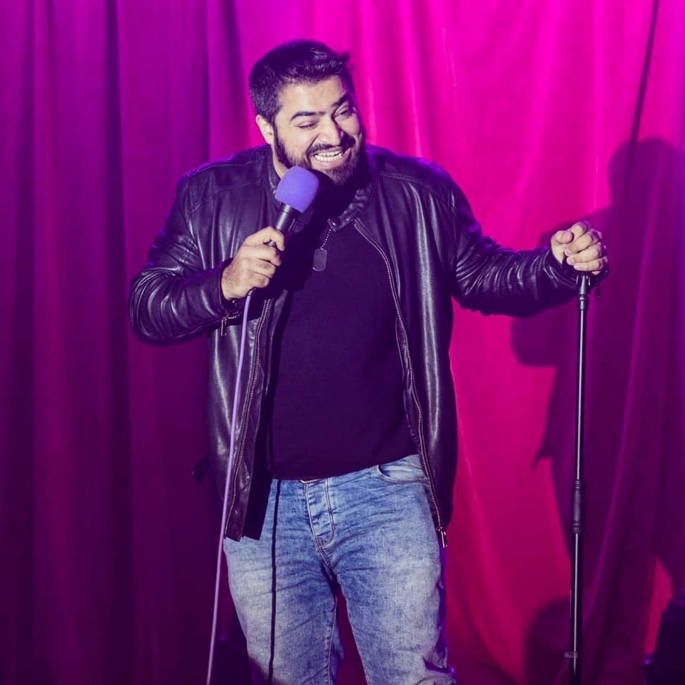 The British Asian comedian debuted his sold-out, stand-up show Talk Roti To Me in London’s Leicester Square Theatre in 2014.

Kiran Patel, a teacher from Coventry, attended the Talk Roti To Me show. Speaking exclusively to DESIblitz, she said:

“It was one of the best stand-up shows I’ve ever been to.”

“Aatif’s observational humour and reaction from the audience made him a huge success that night.”

His following show Muslims Do it 5 Times a Day (2015) was performed to 11 sell-out audiences in London’s West End.

Nawaz also performed the show to 1,800 people at Edinburgh’s Fringe Festival 2015. The show’s success garnered the attention and praise of audiences and critics.

As a result of this, the show toured the United Kingdom and sold out at the 2016 Leicester Comedy Festival.

Since then, Aatif Nawaz has worked on numerous radio and tv shows including the ‘Aatif Nawaz Show’ and ‘Living the Life’ on the Islam Channel.

These two shows have earned him nominations at the MOMO (Music of Muslim Orientation) Awards for Best Television Presenter and Best TV Show. 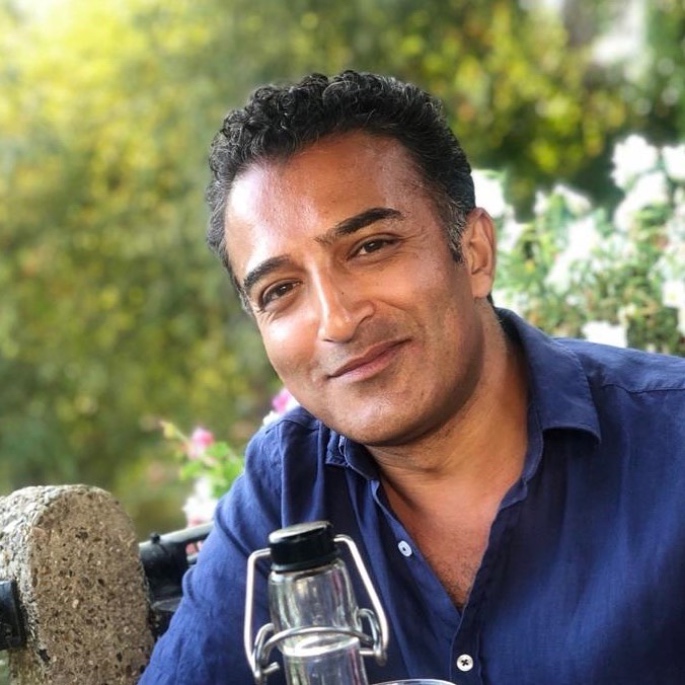 Adil Ray is a comedian, presenter and actor from Birmingham.

Ray started his career in radio in Huddersfield, where he hosted a pirate radio station whilst studying at the University of Huddersfield.

In 2002, he joined the BBC Asian Network to present the Adil Ray Show, which won Best Radio Show at the Asian Music Awards in 2008.

In 2011, the British Asian comedian showcased his comedic talent in the BBC sitcom Citizen Khan (2012-2016), where he played Mr Khan.

Ray’s role in the 2017 school drama Ackley Bridge was a huge success, leading to the show being commissioned for four seasons with BBC.

With over 65,000 followers on Twitter, Adil Ray has become a household name and a familiar friendly face after becoming a relief presenter for Good Morning Britain in 2019.

“Every time I want to be cheered up, I watch an episode of Citizen Khan. His humour and writing skills are spot-on. There’s nobody else like him.” 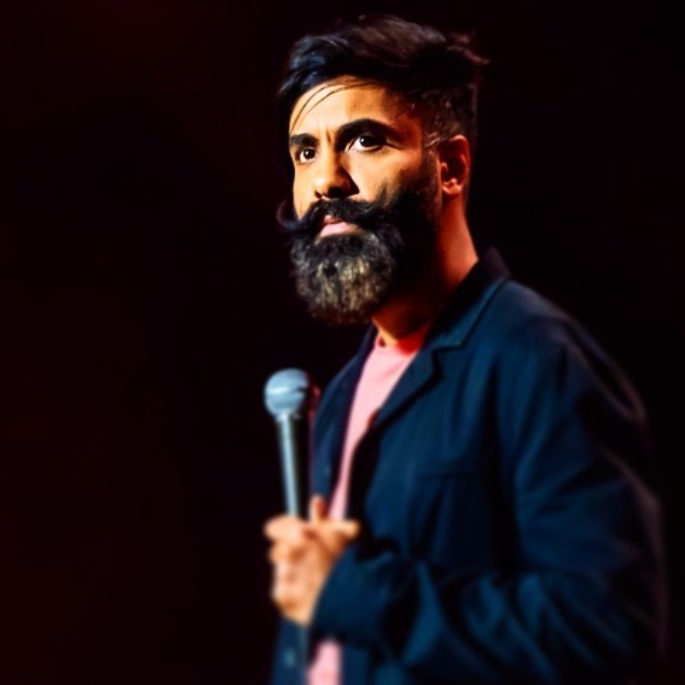 Tajpaul Singh Chowdhry better known as Paul Chowdhry began his comedy career in 1998. His stand-up journey began on Channel 4’s comedy series Stand up for the Week featuring as a regular act during its third and fourth season.

He then went on to host the comedy series from the fifth series onwards.

The comedian was the first British act to perform at Trinidad’s Caribbean Comedy Festival in 2003.

In August 2019, Chowdhry found great success with his stand-show Live Innit which was released by Amazon Prime, streaming in over 200 countries worldwide.

The Live Innit show made Chowdhry the first British Asian comedian to sell out Wembley’s 10,000 seater arena and was also named one of Wembley Arena’s Top Ten Shows in 2017.

The British Asian comedian has also appeared in multiple comedy shows such as Live at the Apollo, Stand up for the Week, Roast Battle, and Stand-Up Central.

Paul Chowdhry is also well-known for his signature phrase, ‘What’s happening white people?’ which he starts with at the beginning of his stand-up routine.

In 2020, the comedian made a television appearance on the drama show Devils as Kalim Chowdrey.

Paul Chowdhry is known and loved by his fans for his bold yet sometimes controversial humour. Nevertheless, he delights audiences with his witty charm on stage. 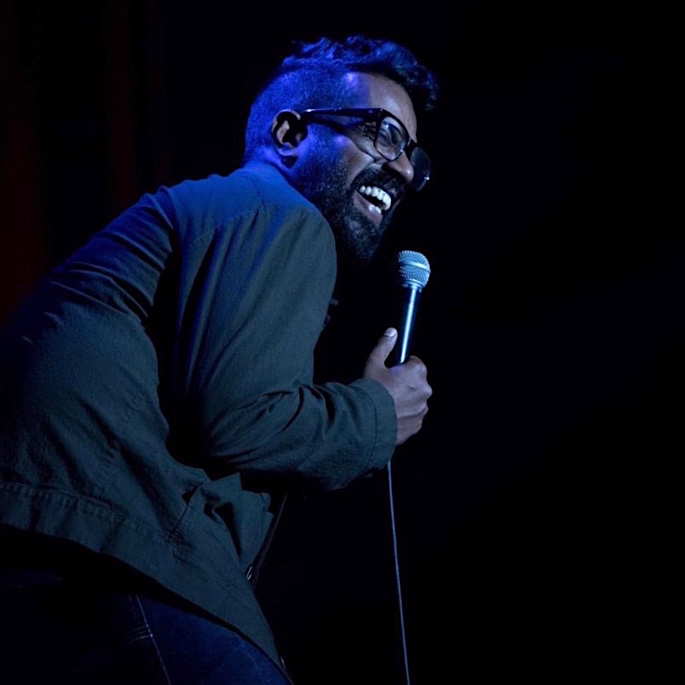 He began his comedy career whilst working as a mathematics teacher in Crawley where he was born to Sri Lankan parents.

His journey started by presenting Newsjack on Radio 4 Extra in March 2014. Romesh Ranganathan has featured in an array of shows including:

In 2015, he joined as a regular panellist on the show Apprentice: You’re Fired.

Ranganathan was given his own 10-episode docu-comedy Just Another Immigrant (2018), and in the same year presented Judge Romesh (2018), based on Judge Rinder.

The British Asian comedian has over 15 television credits and over 20 guest appearance credits.

One of his most well-known appearances has been season 13 of A League of Their Own (2020), and Asian Provocateur (2015), a series where Ranganathan explores his home country alongside his mother.

Ranganathan is set to commence a 43-date tour in 2021. View tickets here. 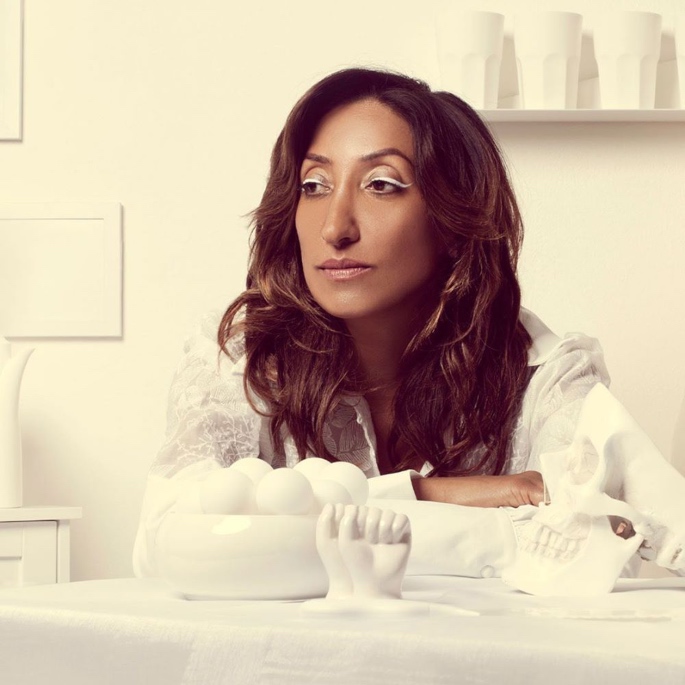 Mirza has been entertaining audiences since 2000.

Her stand up performance My name’s Shazia Mirza – at least, that’s what it says on my pilot’s licence (2002) was a huge success and lead to her being called a “ground-breaking comedian” on CBS’ 60 Minutes.

Other successes include her critically acclaimed 103-date show The Kardashians Made Me Do It (2015) which sold out London’s Soho Theatre multiple times.

She also performed the show in Sweden, Ireland and France.

Shazia Mirza’s most recent show Coconut was set to tour in 2020 but has been rescheduled to 2021 due to the coronavirus pandemic.

Mirza says “My new tour ‘Coconut’ has been cancelled due to the world ending. It will either resume in the afterlife or in 2021 whichever happens first”. View tickets here.

Mail on Sunday has described Shazia Mirza as:

“Vital, deftly handled, rammed with provocation… As brave a piece of comedy as you’ll see.” 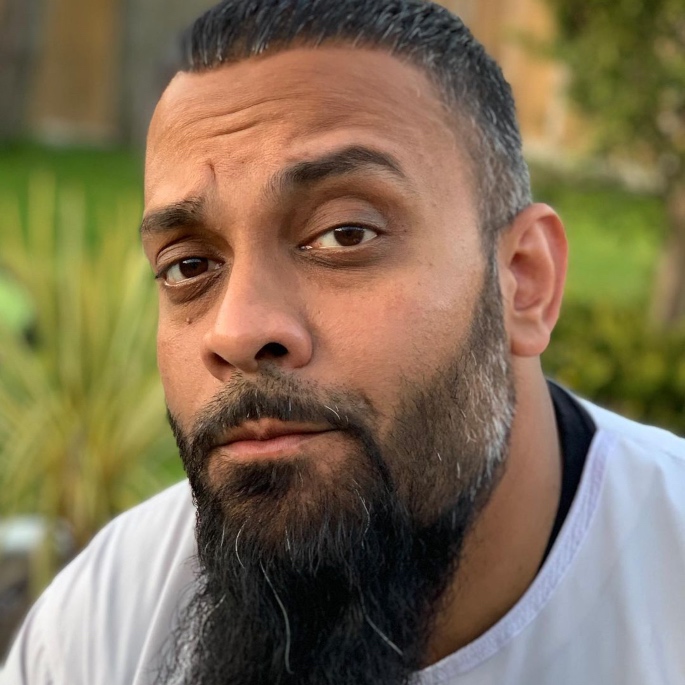 Guz Khan is a Pakistani comedian born and raised in Coventry.

His comedy career started after Khan uploaded a Facebook video that went viral in 2014.

In that same year, Khan opened for Aamer Rahman at the Birmingham REP Theatre.

Guz Khan has also performed at the stand-up show Live at the Apollo (2013).

In 2015, Khan appeared in the BBC short film Roadman Ramadan as Mobeen, who was guiding his friend Trev through the month of Ramadan after he reverted to Islam.

Khan is best known for his portrayal of Mobeen in the BBC comedy Man Like Mobeen (2017-onwards) set in Small Heath, Birmingham.

Kamil Usman, an avid watcher of Man Like Mobeen, says:

“Guz Khan’s jokes, acting skills and personality make him likeable amongst everyone.”

“I’ve been watching Guz’s work since he came on the scene, and he never fails to entertain me.”

“An exceptionally funny character comedy that spins jokes with a subtlety that’s rare for such a young writer.” 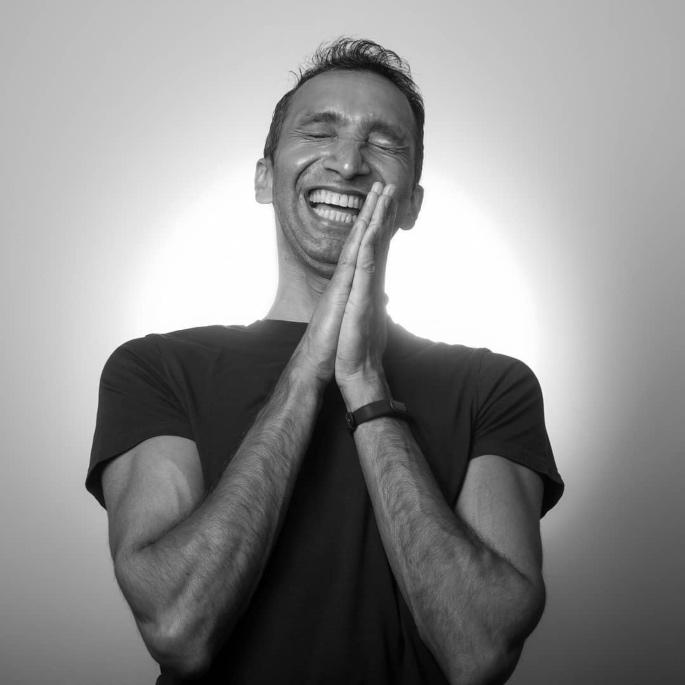 Imran Yusuf is a stand-up comedian raised in London.

The British Asian comedian initially worked as a video games developer, working on games such as ‘Spy Hunter’ and ‘Championship Manager’.

Yusuf performed his debut show An Audience with Imran Yusuf at the Edinburgh Fringe Festival in 2010, which earned him his first five-star review.

Since then, the British Asian comedian has appeared in Michael McIntyre’s Comedy Roadshow (2009-2011) and performed five solo shows.

Imran Yusuf has over 10 television credits, including his role as Fred in the BBC series Fried (2002). 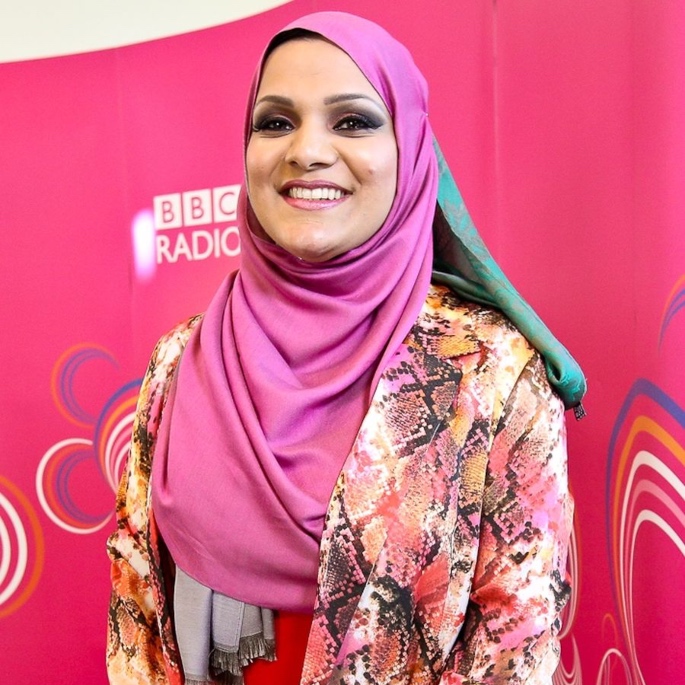 Sadia Azmat is a Pakistani stand-up comedian born in Essex.

Azmat was working in a call centre before having a chance encounter with a comedian who encouraged her to change careers.

She has been performing in comedy ever since.

Her debut show Please Hold – You’re Being Transferred to a UK Based Asian Representative (2011) was performed at the Edinburgh Fringe Festival, and audiences immediately fell in love with her observational humour.

The show was directed by well-known comedian Deborah Frances-Wright after she coached Azmat on how to begin a career in comedy.

As part of BBC’s Muslim Comedy Series (2015), Azmat created the short film Things I Have Been Asked as a British Muslim (2015) which was released on the BBC iPlayer.

The Sunday Times describes Azmat as “hilarious and insightful.”

It’s no surprise that Azmat was shortlisted at the 2011 Funny Women Awards final.

DESIblitz has provided you with numerous British Asian comedians to watch and listen.

You’ll be entertained for days after discovering these British Asian comedians.

After getting acquainted with our list, take a look at what else British Asian comedy has to offer.

Kasim is a Journalism student with a passion for entertainment writing, food, and photography. When he isn't reviewing the newest restaurant, he's at home cooking and baking. He goes by the motto 'Beyonce wasn't built in a day".