Feast your eyes upon these upcoming British Asian comedians that will have you in fits of laughter at their jokes on culture and being Desi.

"It is superb political comedy and commentary"

From curries to sex to cheating finances, these comedians don’t hold back.

Using accents, sound effects and comical movements, they command the stage and provide audiences with bellies full of laughter.

What’s the most humorous thing about these comics, is that the events they talk about are so relatable. There’s a truth behind their jokes but that’s what makes their content so amusing.

Audiences sound out their agreeance and then burst out in hysterics when the comedians deliver the punchline.

Additionally, their performances provide a new dimension to comedy and represent the growing inclusivity of the industry.

So, here are five top British Asian comedians to keep your eye on. 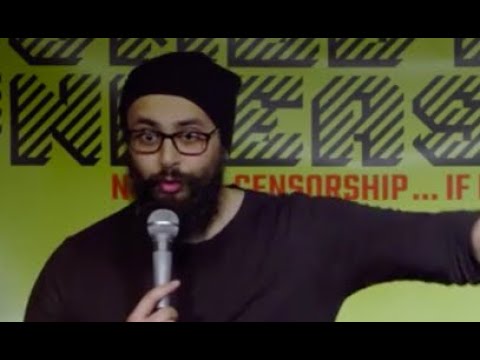 Preet Singh is a comedian, radio host and podcaster who has been on a meteoric rise since emerging in 2018.

He has quickly established himself as a formidable act, mainly through his success in Gong shows.

These are competition nights where comedians get a couple of minutes to make the audience laugh. If the jokes crash and burn, then the gong sounds and they are knocked out.

It’s intense and ruthless but Preet shows this nature when performing.

His cheeky and whimsical narrative of being South Asian and having to deal with his Desi parents is so entertaining.

For example, he explains how his first job was as a live-in translator at eight years old.

He goes over amusing instances where he had to translate his dad’s Panjabi profanities to mortgage advisors.

His witty back and forth play out the event hilariously and recreates memories of South Asians in the audience.

Away from comedy, Preet is the creator and host of Samosa Chats, a podcast dedicated to Desi individuals and tackling serious issues.

Some of his favourite guests include DJ Harpz, Lord Inderjit Singh and Sukki Singapora.

But, his comedy has allowed him to bring smiles to many faces. He’s performed for BBC Asian Network and done tours across the UK. 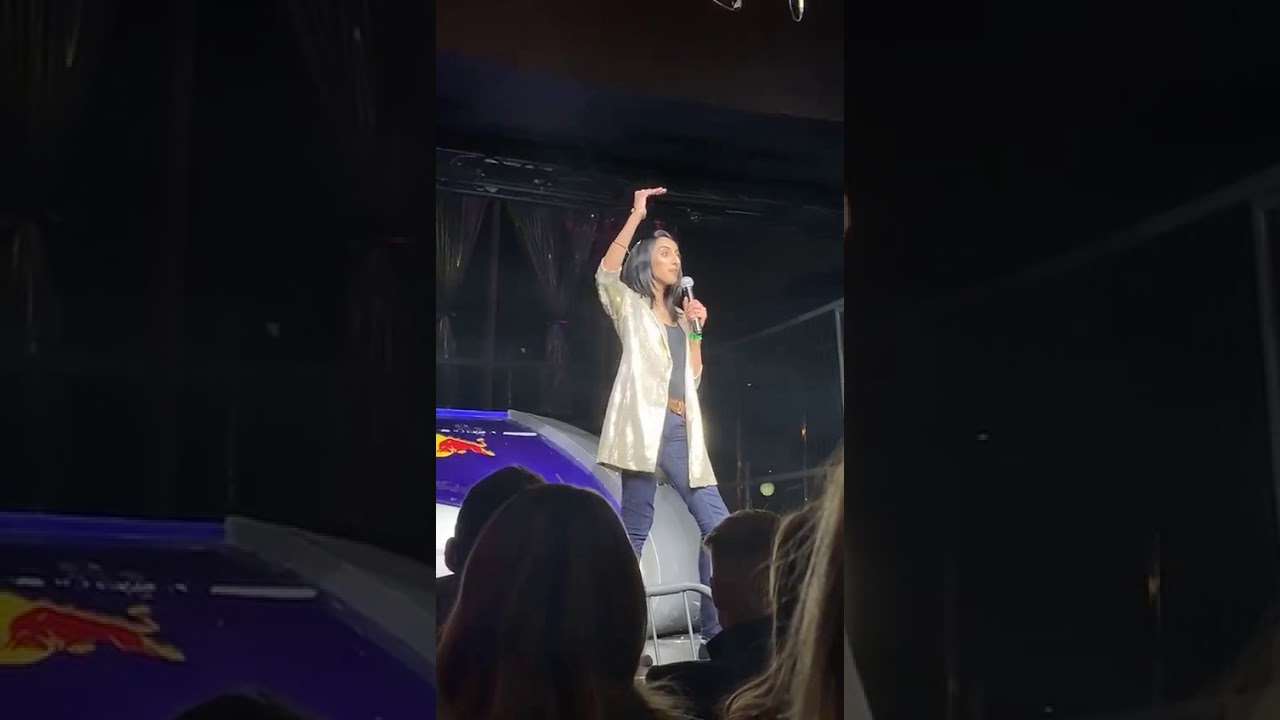 One of the most promising British Asian comedians is West Midlands-based Tej Dhutia.

Her comedic style is perfectly summed up by her Instagram bio which reads:

“A brown girl confronting those generational traumas through standup comedy.”

Her bubbly personality and willingness to speak about women’s bodies, marriages and family life are brave but so humorous.

For BBC Asian Network’s comedy night in July 2022, she spoke about her urges to have her mum’s breast size as well as her partner’s lengthy time in the toilet.

She also has a knack for speaking about her sex life in the most candid way. In a 2020 performance, she hilariously compares her husband’s genitalia to Darth Vader from Star Wars.

Leaving onlookers in hysterics, Tej is a unique personality within the comedy landscape.

Not only is she looking to follow in the footsteps of other South Asian comedians like Sindhu Vee, but she wants to put her own stamp on each stand-up. 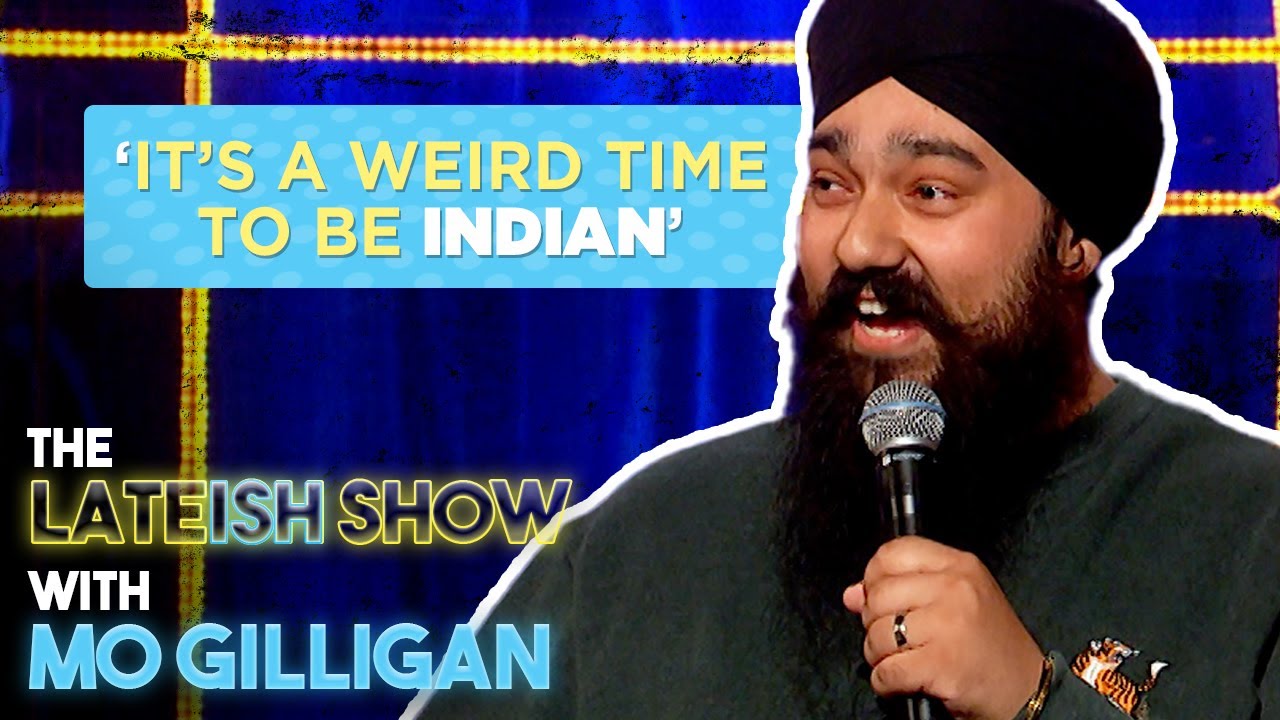 Daman has a certain charm and addressing certain views on South Asian people is playful, topical and sarcastic.

In May 2022, he joked about how Punjabi people have a soundtrack to their own culture.

He then compares the smash hit to the viral Crazy Frog track and how similar the songs sounded. It left the crowd in tears.

His carefully crafted stand-ups have secured him top spots across the UK such as Angel Comedy Club and The Museum of Comedy.

Daman is already making immense strides in the game.

A few of his accomplishments include winning Blackout at Up The Creek in 2019 and Chester’s New Comedian of the Year in 2021.

Daman was introduced on a national level when he gave a hilarious performance on Mo Gilligan’s The Lateish Show.

Fans were giggling away as Daman joked about how South Asian shopkeepers try to dupe customers with pricing and why people still follow Desi superstitions. 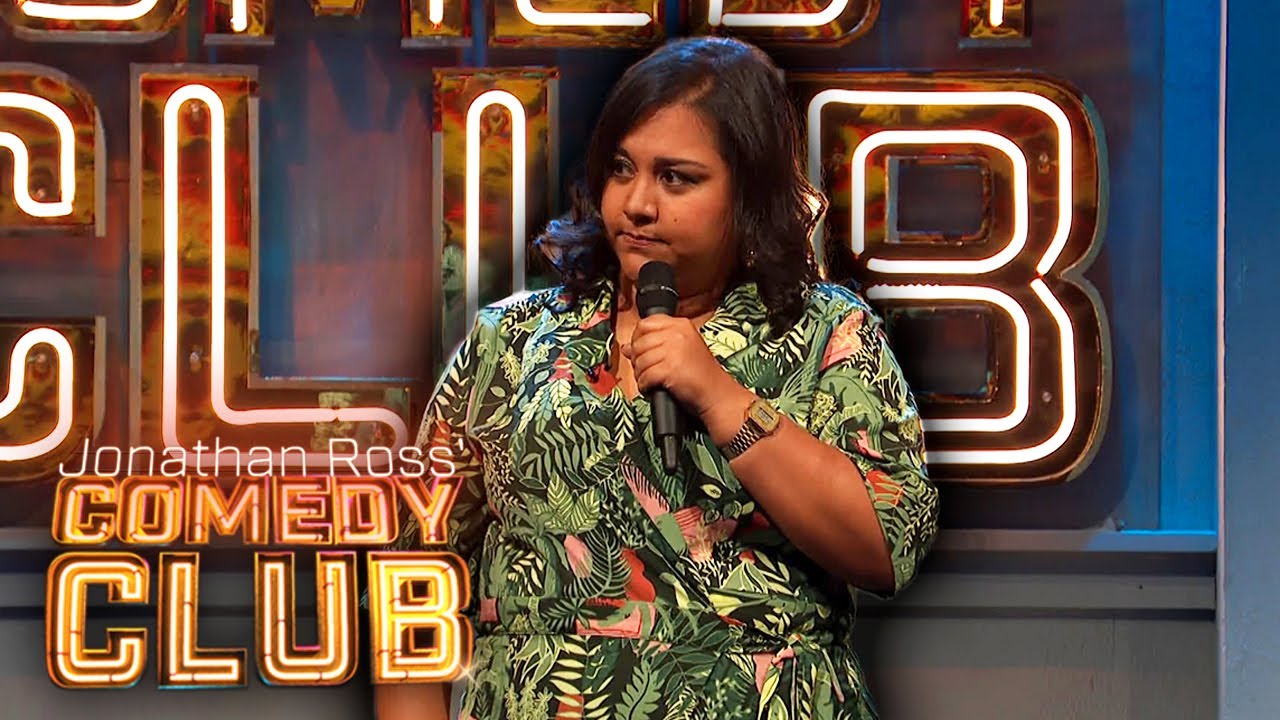 Sukh Ojla is probably one of the most recognisable British Asian comedians within the industry.

She’s had stints on Jonathon Ross’ Comedy Club as well as The Comedy Guide to Life on channel Dave.

She commands every performance and her comedic style is so well-rounded.

Sukh jokes about marriage talks with the parents at a very young age and how single people give the worst relationship advice.

In a terrific stand-up about being poor when she was younger, Sukh states:

“I used to dread going back to school after the six weeks holiday ’cause all the white kids would be like ‘we went to the Costa del Sol’.

“All the well-off Asian kids were like ‘we went to Canada to see my cousins’. And I’d be like ‘we all took the coach up to Bradford.”

Sukh’s not an overwhelming comedian, forcing you to laugh. Her stories roll off the tongue and make you feel like she’s just having a normal conversation.

But, her magical delivery, time stamps and break between jokes flow effortlessly.

The way she describes certain Desi situations and plays upon this to the crowd means you don’t have to be of South Asian heritage to understand her.

However, Sukh is much more than a comic. She’s also spread her talents into acting, having starred in the feature film Victoria and Abdul (2017), Black Mirror and Eastenders.

Whilst her accolades speak for themselves, her rise is only getting stronger as she gets the recognition she deserves. 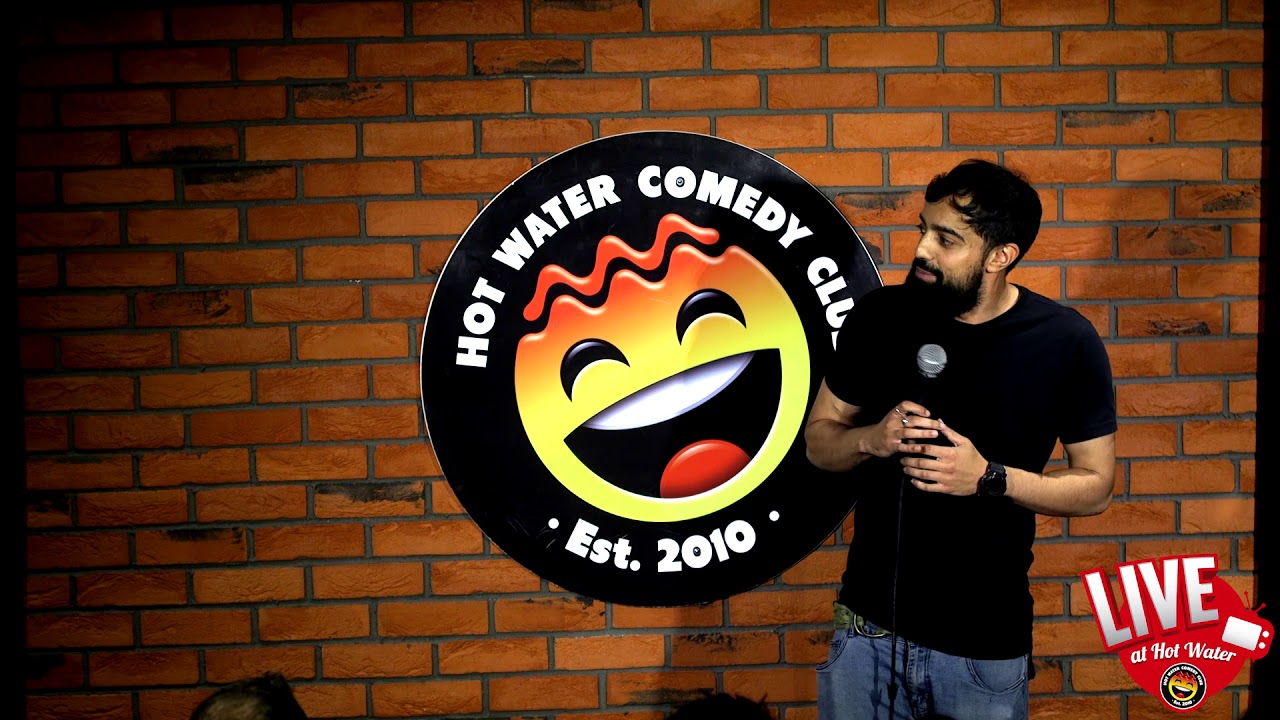 Hailing from Newcastle Upon Tyne, Raul Kohli has had a great impact in representing this modern surge of British Asian comedians.

His northern hometown serves as one of the focal points of his jokes, famously stating “a lot of people aren’t expecting this accent coming from this complexion”.

Raul’s energy creates a buzzing atmosphere in every one of his stand-ups.

He’s certainly not afraid of commenting on racism, feminism and sexuality. Raul even goes as far as to joke about terrorism.

But, it’s one of the aspects that give him such a widespread audience. Most famous British comedians like Jimmy Carr or Ricky Gervais are just as daring with their punchlines.

He’s appeared across the nation and worldwide, gracing fans from Leeds to Luxemburg.

Publications have described Raul’s comedy as “inspiringly intelligent” and The Scotsman stated his style as:

“It is superb political comedy and commentary.”

Raul has an amazing stage presence for a comedian. He smiles all the way through his routine, keeping eye contact, and making sure to look at every area of the room.

It’s little tweaks like that have propelled the star within British comedy.

These incredible British Asian comedians are changing the face of the comedy industry.

Whilst their Desi jokes are relatable, it doesn’t take away from how original they are presented.

Each stand-up is fuelled by each comic’s unique personality and they all bring different aspects to their performances.

From accents to hilarious interactions with the audience, if you’re looking for a laugh, check these British Asian comedians out.