DESIblitz caught up with South Asian art specialist Richard Blurton to discuss his new book ‘India: A History in Objects’.

"There is always more to learn about India"

Drawing upon some of the oldest and most vibrant South Asian artefacts is Richard Blurton’s 2022 book India: A History in Objects.

Set chronologically, Richard has granted access to the origins of civilisations and movements as far back as 2500–1700 BCE.

It even uncovers parts of the Indus civilisation, one of the earliest urban communities of the Indian subcontinent.

Richard Blurton himself is a South Asian art and archaeology specialist.

His avid interest and celebration of this area have culminated in successful publications such as Hindu Art (1992) and Bengali Myths (2006).

He was also the recipient of the Brayton Wilbur Jr. Memorial Fellowship in Asian art in 2012.

Therefore India: A History in Objects aims to continually tell the story of South Asia’s history.

Looking at the rise of Mughals, India under British rule and tribal life intertwine together for a mesmerising visual history of some of the world’s oldest cultures.

We spoke to Richard regarding India: A History in Objects, his views on art and the motivations behind the book.

How did you first get interested in South Asian art? 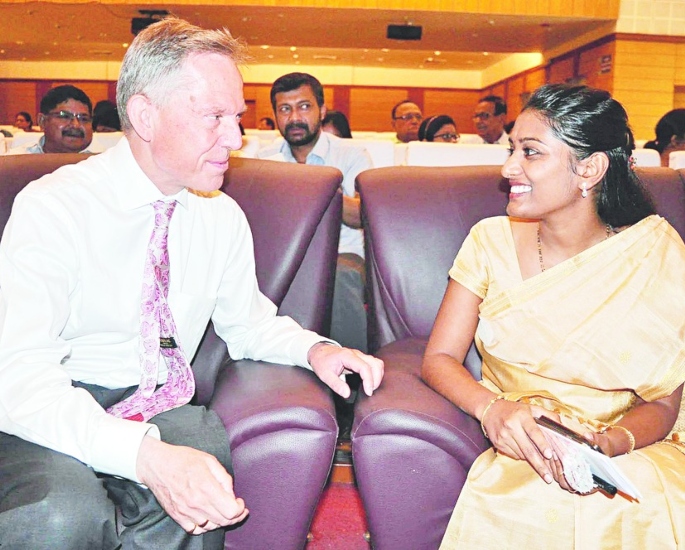 I first visited India in 1970 and taught briefly in a Tibetan refugee school in Himachal Pradesh.

This was my first exposure to India, living in the hills and then later in Delhi.

After university, I worked on archaeological projects in southern Afghanistan (1976-8) and then later in Karnataka (1983-6).

The latter was a fantastically interesting time as we lived under canvas and in the countryside.

Here we were recording and publishing our understanding of how a great medieval city, Vijayanagara, functioned.

What inspired you to create ‘India: A History in Objects’?

My new book is part of a series of eventually four.

Two others – China, and the Islamic World – already exist and one more, Southeast Asia, will be released next year (2023).

The book is broadly chronological, and runs from 1.5 million years ago, until the present day.

“It has nearly 500 illustrations drawn almost entirely from the collections of the British Museum.”

There are a few topics which cut across the chronology, for instance – games of chance, the Ramayana, the Muharram, animals of the forest, or how narrative is presented visually.

It is made up of an introduction, followed by six chapters, each of which have short introductions themselves.

Following the chapter introductions are a series of double-page spreads, each one covering a specific topic and illustrated with a range of images.

The book covers the culture of the five modern countries of Pakistan, India, Nepal, Bangladesh and Sri Lanka.

Why was it important to revisit these early origins? 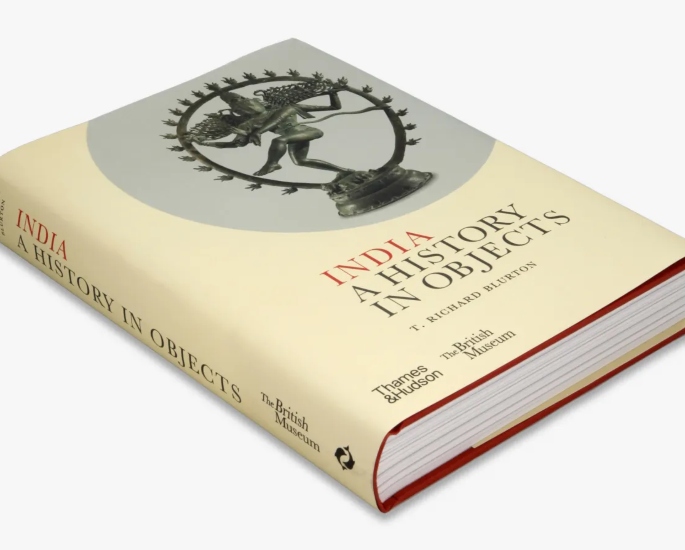 The early story is really important as it ties the subcontinent to the rest of Asia and its history.

It also reminds us that history is a constantly changing panorama.

In recent years DNA analysis of ancient human remains has meant that scientifically based assessments of the dates of early humanity can be determined.

The works of man from the most ancient times in the subcontinent show the extent to which progress and change have been gradual.

The evolution of what we consider the civilisation of South Asia has involved very many different strands of humanity.

What are your favourite pieces that are included in the book?

A choice of favourite items is difficult, but the sculpture from the early Buddhist site of Amaravati has a very special place in my heart.

It demonstrates, amongst much else, the way in which already two thousand years ago artistic expression – here in the form of sculpture – was being used to convey narrative.

It was also here on the coast of Andhra that Buddhism and much else of ancient Indian culture were taken, along with trade, to many parts of Southeast Asia.

“At the other end of the chronological scale are the paintings of Rabindranath Tagore.”

His inclusive and internationalist view of humanity is so deeply attractive.

Were there any challenges when collating this book? 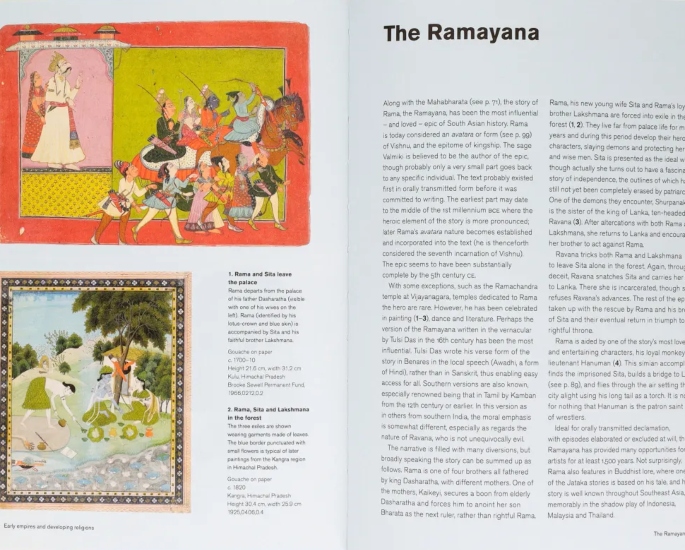 One of the major challenges was what to put in and what to leave out of the book!

Almost every double-page spread could have easily become two, or more spreads.

Certain subjects such as numismatics are probably under-represented, not least as the British Museum collection is one of the most important in the world.

But I’m not an expert in this field. I had to consult with colleagues outside my department in the Museum when including even the examples I did include.

I also regret that I didn’t write more on Sri Lanka, but perhaps that is a project for the future.

All historians are faced with the challenge of bias – there is no history ever written that is not biased.

And there are fashions within the discipline so that one colleague would write in one specific way, while another would write something quite different on the same subject.

One can only hope for an interpretation that is balanced and not too grossly or obviously biased in one direction.

To be representative is the most desirable position.

Perhaps distinctive of South Asia is an interest in narrative, in figuration, and in an understanding of the many different ways to work both cotton and silk.

And in all of these elements a concern with colour.

“How different colours can be interestingly, even thrillingly, placed side by side.”

All of these parts make the art of South Asia distinctive and desirable to investigate.

Is it important to showcase these artefacts in more western countries? 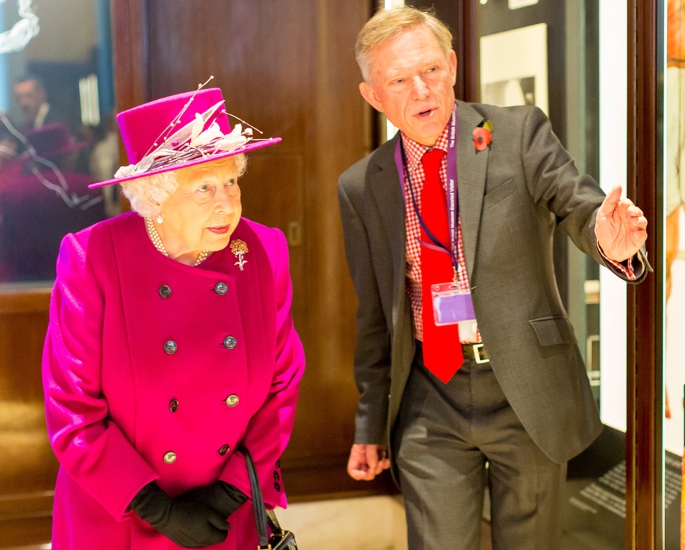 I view the collections from South Asia in the British Museum as an advertisement for the subcontinent.

Most people who visit them will never visit India or the other countries of South Asia.

Here, we can tell them something about the quality, brilliance and interest of Indian civilisation.

The museum collections in South Asia are much, much larger and more varied than the ones in the British Museum.

There has never been an official request for the return of any object in this part of the collection.

Also, for a very long time now any new acquisition for the collections has had to be either less than 100 years old or to have left the subcontinent before 1970.

These are the internationally agreed UNESCO limits on the movement of antiquities.

Unlike many other international institutions, we have followed these regulations now for almost 50 years.

Finally, there is a sizeable South Asian community now in the UK.

So, it is important for people in these communities, especially those born and brought up here, to have an opportunity to view and understand the cultural background from which they have come.

Our collections are ideally placed to do that.

How do you think Indian/South Asian art has changed over time?

One of the remarkable features of South Asian culture is that, at a certain level, there have been constants over centuries or even millennia, especially in the countryside.

For instance, a terracotta offering in a village shrine in Tamil Nadu today is a linear descendant of similar items made in the Indus Valley cultures of 2,500 BC.

“However, at other levels, especially urban and courtly levels, there has always been change.”

This is brought in from outside, adapted, re-purposed and then eventually made ‘traditional’.

So the answer to your question is two-fold – there is always change, but the change (often urban) is tempered over time into something that becomes a constant.

As an art specialist, what keeps drawing you back to India? 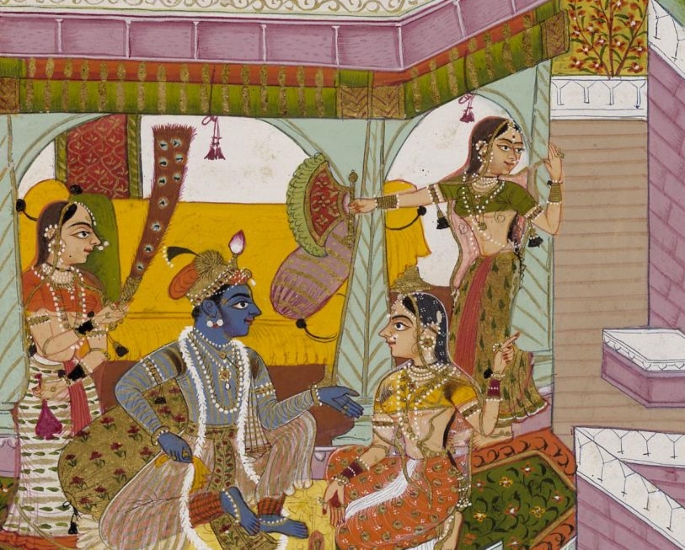 I first visited India more than 50 years ago and it has unquestionably changed during that time.

However, one of the features that repeatedly brings me back to the subcontinent is that here is a society that operates still on systems that are it’s own.

Certain elements I recognise from my own society; other items are quite different and are frequently fascinating.

There is always more to learn about India and it always delivers something new – and usually in the most glorious technicolour.

What type of impact do you want the book to have?

I hope the book will be a happy introduction for readers to the fascinating nature of Indian civilisation.

“I hope that some of the illustrated material will be exciting and that readers will marvel at both beauty and skill.”

So, I trust that some people will be encouraged to come to the Museum to see what I’ve written about.

But as many people will not be able to do this on account of distance, I’m very keen for people to visit our database, where details of all our collections are visible.

Finally, in our world today, more than 1/7th of the world’s population is in South Asia or is of South Asian origin.

In this situation, it is imperative for all of us to understand something about this culture. My book is a very modest attempt to do this.

Will you be releasing any similar books in the future? 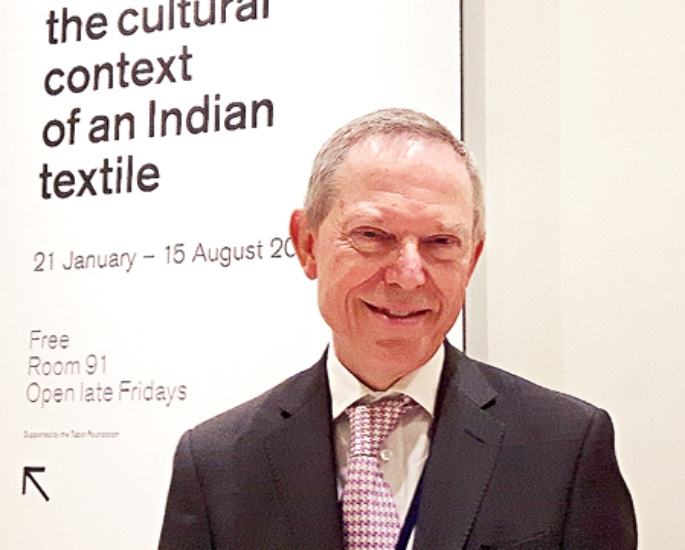 I do hope to continue writing about India and its culture.

There are topics from within the British Museum collection that I hope to write on – perhaps on Amaravati, and also on the Indian textile collections.

Other topics will, however, be generated externally.

More than 10 years ago I had the opportunity to carry out fieldwork in Arunachal Pradesh and also in Assam, both states in Northeast India.

There are still a number of unfinished items from that exciting time to finally publish. The subcontinent remains inexhaustibly interesting.

India: A History in Objects will surely capture the history and cultures of South Asia beautifully.

Through art, Richard hopes that the book will enlighten readers on the social, political and economic status of the diaspora’s countries.

Even more, the collection of antiques will help those from all backgrounds identify the role that South Asia has had for centuries.

Through fascinating artwork, detailed descriptions and incredible artefacts, this book is a vibrant narrative of history.

Find out more about India: A History in Objects here.

Images courtesy of The British Museum.