Entrepreneur Sir Richard Branson was in Mumbai to discuss a new train project. He also revealed that he has ancestry in India.

"Every time I meet an Indian, I say we might be relatives.”

At the meeting on December 12, 2019, the Virgin Group founder gave details of the £7.4 billion project as well as other business ventures in India.

He insisted that the entire cost of the project would be funded by the private sector and that there would be no need for the government to finance it.

Branson said: “This is a courtesy meeting and is to ensure that misunderstandings are removed about the project.

“Whenever the government changes and you have a big project, a courtesy call becomes necessary.”

If the project gets underway, the journey between Mumbai and Pune would take just 29 minutes by Hyperloop. It will also travel at around 700 mph.

Branson added: “We just need to see if the new government is as excited about the project as the old government.”

He went on to say that engineers are working on the project at the Hyperloop facility in Nevada, United States and are ready to start on the Mumbai-Pune project soon. 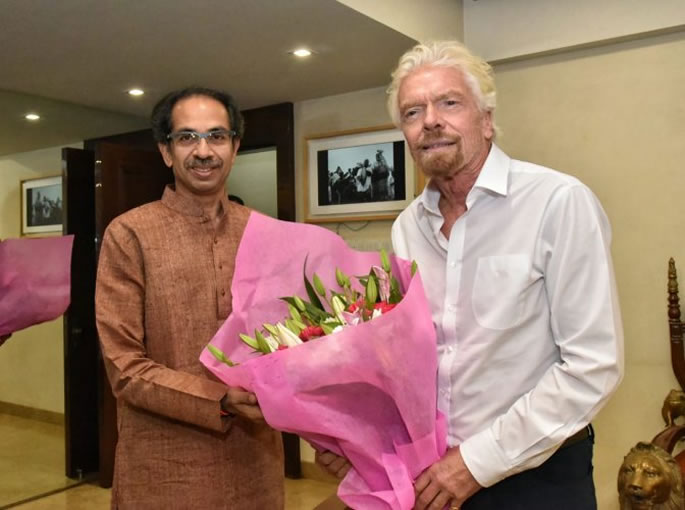 On the reports that he was buying Air India, Branson clarified that he is not interested.

The Hyperloop mode of transportation is being pioneered by Branson but has not been implemented anywhere in the world.

The concept has drawn a lot of interest as it aims to allow supersonic transportation via a pod moving inside a vacuum tube.

Reportedly, 70 million people travel between Mumbai and Pune every year. That number is estimated to increase to 130 million by 2026.

It is claimed that the Hyperloop system is capable of meeting this demand. They have said that 200 million people would be able to travel annually.

During his visit to India, Richard Branson also revealed that he has ancestral roots in India.

He said that tests have proved that a part of his ancestral origins lies in Cuddalore, Tamil Nadu, dating back to 1793.

Branson decided to include a picture of his great, great, great grandmother Aria, who was Indian, on their Virgin Atlantic planes from London to Mumbai. 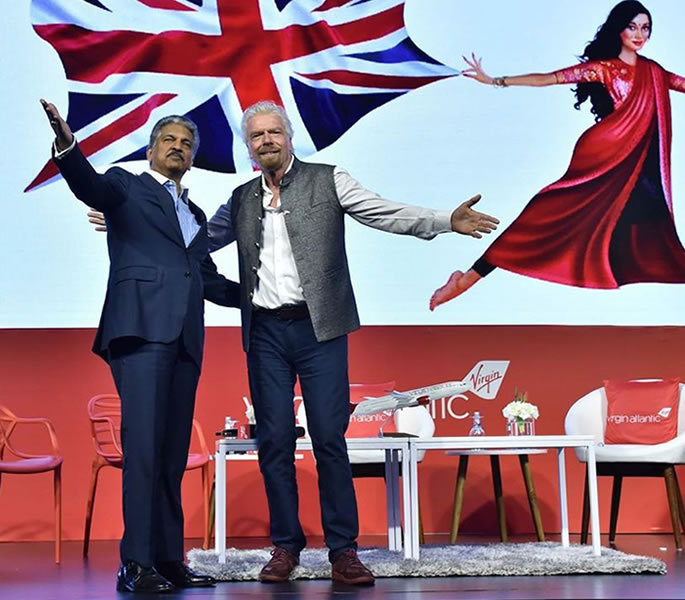 On social media, he shared: “Great to be in India to celebrate Virgin Atlantic’s new route to Mumbai and join Anand Mahindra for our Business Is An Adventure event.

“I knew that I had past generations living in India, but haven’t realised how strong our connections were.”

He decided to use the image of Aria on his London to Mumbai flights as a “flying icon.”

Branson joked: “Every time I meet an Indian, I say we might be relatives.”

The daily service was re-launched in October 2019, the third time that it has started the service.

Dhiren is a journalism graduate with a passion for gaming, watching films and sports. He also enjoys cooking from time to time. His motto is to “Live life one day at a time.”
Man jailed for Horrific Acid Attack on Neighbour
Indian Father kills Wife for Talking on Phone and ‘Affair’