Day in the Life of Chief Superintendent Richard John

Chief Superintendent Richard John of Hampshire Constabulary tells DESIblitz about his role in the police force and the need for greater ethnic diversity.

"When I was young growing up I was surrounded by crime, now I can do something about it"

The lack of representation from ethnic backgrounds in the police provides opportunity to increase diversity within police forces.

Despite the rise of ethnic officers compared to the last few decades, there needs to be a further growth across the organisational structure and ranks.

Why? Because by being part of the police, ethnic offers in different job roles aim to provide much needed support for local and immigrant communities.

Whether it is through a knowledge of different languages, or an understanding of different cultures, police officers who hail from ethnic backgrounds are bridging the gap between the police and different ethnicities making up the UK today.

One such key ethnic individual is Chief Superintendent Richard John from Hampshire Constabulary.

As one of the most senior police officers of the Constabulary, Chief Superintendent Richard John’s main roles involve setting strategy and managing operational policy of the police force. His jurisdiction falls under the counties of Hampshire and the Isle of Wight in South East England.

In a special interview, Chief Superintendent Richard John tells us more about his daily duties and why he chose a career in the police force.

What made you join the force?

It was not actually my career of choice, I had left the Armed Forces with no real plan, so a friend suggested I give the police a go until I found something. However, I very quickly fell in love with policing and as you can see, stayed here.

What was the reaction from your family and parents?

My dad was not impressed, he had bad experiences from the Met Police when we lived in London; and my mum, like every mum, was proud and happy for me.

In time, they both saw how happy I was and began to learn what a challenging and important job it is, and how the police had changed since our London days.

Tell us about a typical day, what do you do?

These days it is hard to actually quantify a typical day, but I have just taken a random snap shot week from my diary. I start each day early, about 0630, check emails then go the gym.

I am on the road around 0830 where I start meetings that range from safeguarding children or vulnerable adult boards, team meetings, partnership meetings with local authority or health/education, internal meetings at various levels, visits to meet and listen to staff at various locations and when time allows, go on patrol.

I guess when I sit back and ask what it is I do, I often say I make decisions, listen and talk a lot and be as visible to as many people as I can.

What do you enjoy about your role?

When I was young growing up in London I was surrounded by crime, I saw victims and injustice each day; now I can do something about it, I can now make life safer for children and vulnerable people, try to get justice for people and stand up to bullies.

This job is not easy, it is demanding, highly stressful, but the rewards of bringing people to justice and changing people’s lives means everything to me.

I also love our staff, who in the main, work so hard for our communities, so many simply go the extra mile. 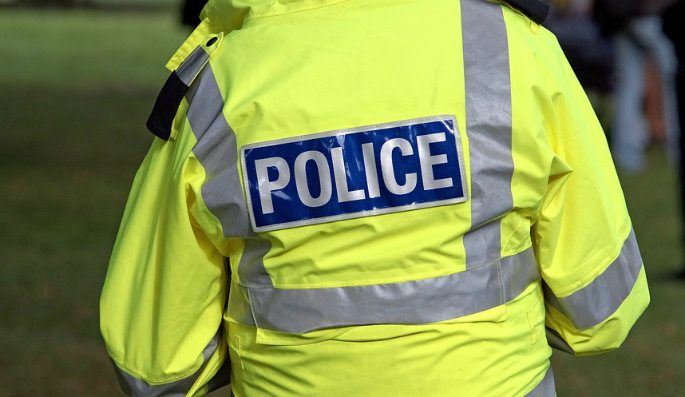 What kind of reaction do you get from the ethnic community when you tell them about your job?

I have had nothing but a positive reaction from black communities, it is great when young black kids say they want to be me.

What career progression do you have in your role?

The police offers great progression, but you need to put the work in, pass exams, become competent in your role and carve out opportunism.

There is lateral development i.e. dog handler, firearms officers, CID officers or promotion, it is in the gift of the officer, but like everything in life, is not always easy to achieve.

Why do you feel there are not enough ethnic people joining the police force, what are the stigmas, if any?

“There is still a stigma to joining the police, for some it is not a good enough job, for others they still tarnish the police with the same brush.”

We are still tried on yesterday’s failings, which is a shame. I also feel minority people need to see more black officers, more black leaders, they can identify this in themselves, and want this in their lives, but if they see nothing but white faces each day, it struggles to become the employer of choice for black people.

What are the key challenges of your job?

Each day presents a challenge, they are just different. For me, the challenge is to keep up with the pace of change in policing and how it has to constantly adapt to a changing society, changes in law, reaction to media coverage and our own leadership changes.

It can be exhausting, but it reflects life, the key is to be alive to what is happening and move with it, as you can be left behind very quickly.

What is rewarding about your job?

There are many rewards to my job, but the most rewarding is simply to see a victim receive justice, this is why I keep doing this job and is at the heart of what I do.

What would you say to others who want to do what you do?

I would say, please take a career in policing; communities need you. If you want change then be that change. This is truly a great job, the people are your family and the rewards are emotionally rich.

You can feel proud to tell people what you do, it is a professional career, it is respected in society and above all else, it is vital to keep us safe.

Helping communities comes in various forms, and the police is one viable solution for ethnic minorities to support and protect their own.

If you are interested in joining the police force, please visit the DESIblitz Jobs Board.

You can also find out more about Hampshire Constabulary on their website here.

Aisha is an editor and a creative writer. Her passions include music, theatre, art and reading. Her motto is “Life is too short, so eat dessert first!”
Sydney hosts Luxurious Indian Wedding for 1,600
Actor Marc Anwar apologies for Racist Tweets after Sacking