Jewels belonging to the last regent of the Sikh Empire, Maharani Jindan Kaur were sold at Bonhams Islamic and Indian Art sale in London.

“These are wonderful jewels in their own right"

The precious jewellery belonging to Maharani Jindan Kaur was sold at an auction at Bonhams Islamic and Indian Art sale in London, in the United Kingdom.

The regent of the Sikh Empire is a renowned figure not only in Sikhism but also in South Asian history.

Maharani Jindan Kaur was popularly known as Rani Jindan. It was the fear she provoked in the British Empire that led to her influential stature in Punjab and abroad.

In fact, it is believed the British tried to smear her reputation out of fear of her dominance.

Maharani Jindan Kaur is considered an inspiration for many South Asian women for her strength and defiance against wrongdoing.

Now, her jewellery became the highlight of the auction. Find out more about this historical figure and details about the auction.

Who was Maharani Jindan Kaur? 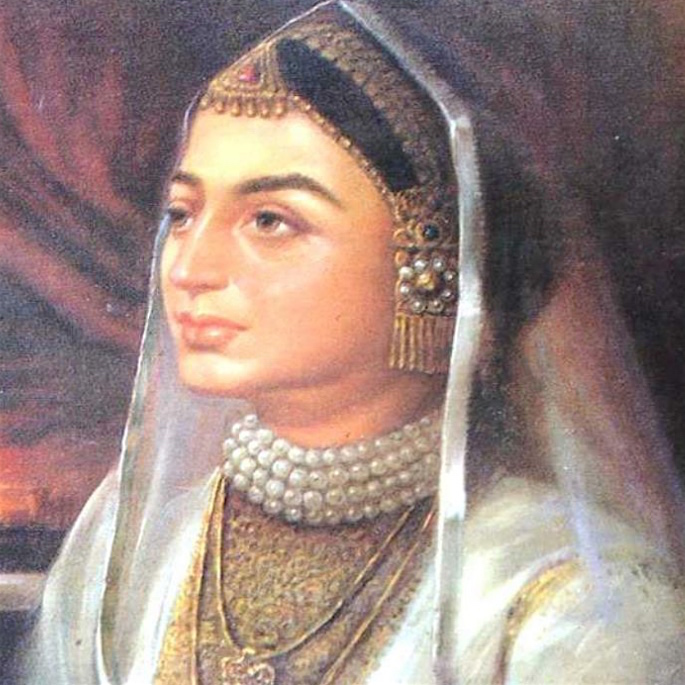 Maharani Jindan Kaur was regent of the final Sikh Empire from 1843 until 1846 after her husband, Maharaja Ranjit Singh’s demise from a stroke in 1839.

She was the youngest wife of the first Maharaja of the Sikh Empire and the mother of the last Maharaja, Duleep Singh.

The young regent was known for her beauty, strength and energy. Much of her life was consumed with leading raging wars against the British Empire.

The British Empire cheated her out of Punjab after her husband’s death and her infant son, Duleep Singh’s coronation as the heir to the throne.

As a result of this, the British Empire tried to seize the Punjab from Duleep Singh.

Her strategic blunders during the wars due to her military experience and knowledge led to the occupation of the Punjab.

British historian Peter Bance describes Jindan Kaur as a “very gusty woman” who “stood her ground against the British … she actively took charge of the Punjab.”

“She was remarkable in how she discarded sati and purdah, dominant at the time, and led the courts, had meetings with chief ministers and the armies. All of them were taking her counsel.”

Her retaliation against the British Empire also led to her imprisonment and separation from her 9-year-old son.

Duleep Singh was taken to England where he resided as an English gentleman and converted to Christianity.

However, Maharani Jindan Kaur managed to escape confinement by disguising as a servant.

She escaped to Nepal where she wrote a letter to the British taunting them with news of her escape.

Although she was unable to regain the throne for her son, Maharani Jindan Kaur was reunited with Duleep years later in Calcutta, in 1861.

His reunion with his mother led the former Maharaja to convert back to Sikhism. 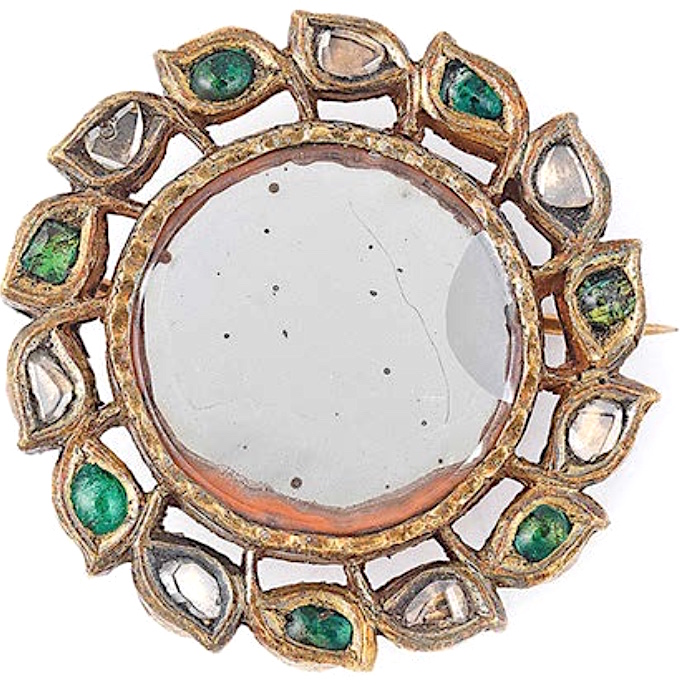 Now, jewels belonging to Maharani Jindan Kaur which were later inherited by her granddaughter, Princess Bamba Sutherland were auctioned in London.

The collection of jewels included:

The collection of jewels went under the hammer for more than £62,500. In reference to the jewellery, Bonhams said:

“As the only surviving widow of Ranjit Singh, Jindan Kaur (1817-1863) led a spirited resistance to the encroachment of the British into the Punjab but was eventually forced to surrender.

“More than 600 pieces of her jewellery from the legendary treasury of Lahore were confiscated and she was imprisoned before escaping to Nepal in 1848.” 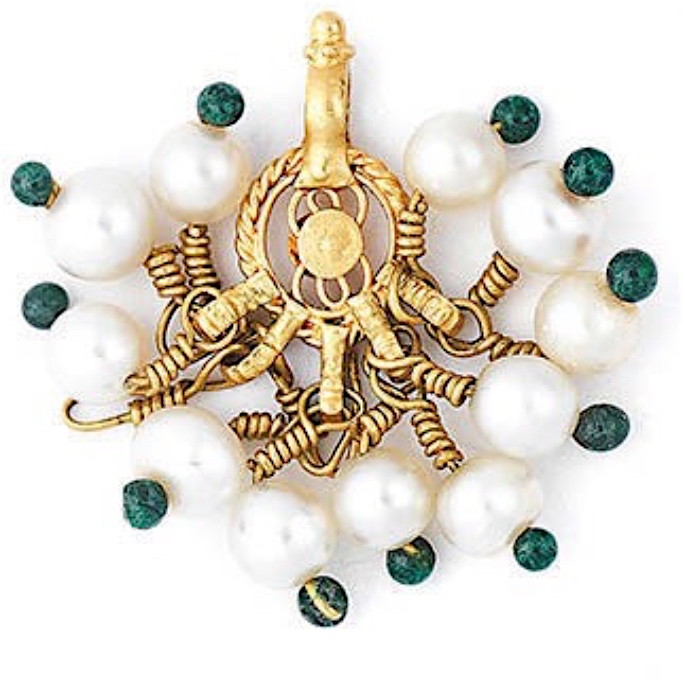 The auction house contemplated that the magnificent jewels were almost certainly returned to Maharani Jindan Kaur by the British authorities.

It has been speculated that the jewels were amongst others returned to the regent after she agreed to reside in London with her son.

Eventually, Duleep Singh returned to Lahore, however, his eldest daughter Princess Bamba remained in the UK.

Princess Bamba was a student at Oxford University and went to medical school in the United States.

“These are wonderful jewels in their own right, made more special still by their rich and fascinating history the circular stoned gold and mirrored brooch was, according to Princess Bamba, formerly part of Maharajah Duleep Singh’s horse harness.

“They represent a remarkable link back to one of the richest treasuries in the world.” 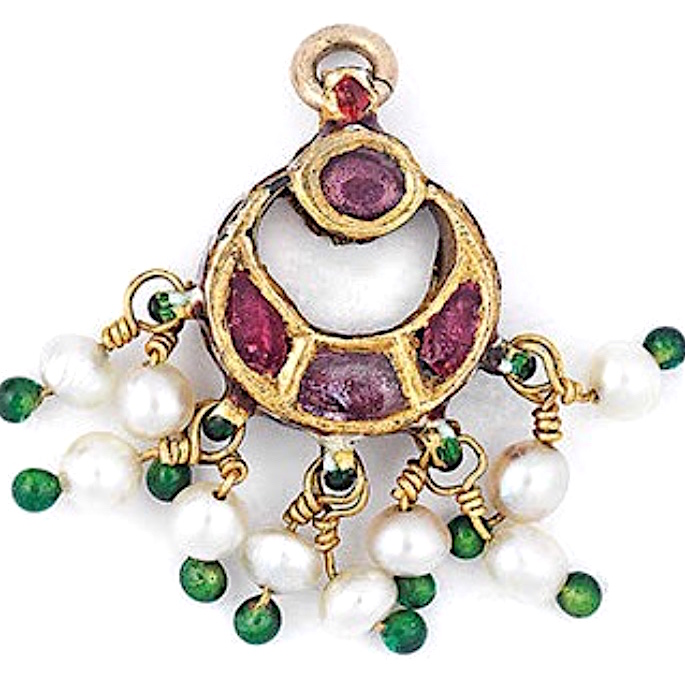 Other noteworthy items auctioned include a 19th-century panoramic watercolour view of the Golden Temple and the city of Amritsar, credited to Cyril Herbert (1847-1882).

This rare piece of art is believed to be the largest portrayal of the Golden Temple and sold for £75,062.

Not only that but a portrait of the commander of the Second Anglo-Saxon war, Rajah Shere Singh Attariwala by Colesoworthy Grant (1848-49) was also included.

The fantastic portrait was once owned by the Marquess of Dalhousie, Governor-General of India.