The IPL 2013 auction for the T20 Indian Premier League cricket tournament revealed some interesting player sales and some surprises which were not expected.

"We tried to maintain transparency. I don't think anybody has got any complaints to make."

The sixth Indian Premier League (IPL) auction took place in Chennai, India. The affair was low key and did not have the upbeat atmosphere of the past auctions. However, 37 players were sold and $11.89 million was spent at the IPL 2013 auction in a very short span of time. 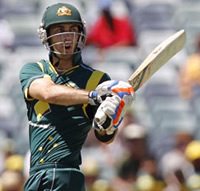 There were expectations for England’s Ravi Bopara and Matt Prior to be bought at the auction but did this not materialise. All-rounder Glenn Maxwell from Australia was a surprise sale at the auction. He was sold to the Mumbai Indians for one million dollars (£637,000). Interestingly, the 24 year old from Victoria, surpassed his base price of $200,000 five times. He has played only eight ODIs and nine T20s for Australia.

“He is an upcoming youngster. He can bat, bowl and I think he is a great fielder. We had thought of some names before we came here and he was one of them.” 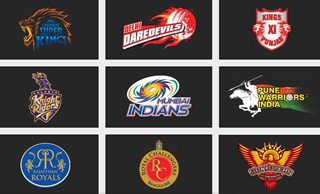 Bollwood actresses Shilpa Shetty and Priety Zinta were both present at the auction being owners of Rajasthan Royals and Kings XI Punjab, respectively. The trend appeared in the auction where the franchises opted to buy less known names from the world of cricket compared to the established stars, who in the past attracted large monetary exchanges.

Here are the results of the IPL 2013 players auction:

Being happy with the conduct of the auction, IPL Chairman Rajeev Shukla said: “We tried to maintain transparency. I don’t think anybody has got any complaints to make.”

The sixth Indian Premier League (IPL) tournament kicks-off on 3rd April 2013 and will be featuring these very players who have gone under the hammer for this unique event.

Baldev enjoys sports, reading and meeting people of interest. In between his social life he loves to write. He quotes Groucho Marx - "The two most engaging powers of an author are to make new things familiar, and familiar things new."
India win ODI Series against England
Ranchi Rhinos win 2013 Hockey India League