In what is considered to be a dark time for Indian cricket, three IPL Rajasthan Royals players S Sreesanth, Ajit Chandila and Ankeet Chavan have been taken into custody for involvement in a shameful spot fixing scandal. The news has shook the entire cricket community.

"If players are tempted to fix the games, it is very shocking indeed."

In a very high profile operation Delhi police has put three Rajasthan Royals players Sreesanth, Ajit Chandila and Ankeet Chavan behind the bars along with eleven bookies for spot fixing.

The players have been charged with fraud and criminal conspiracy. An FIR has been registered against them under Indian Penal Code section 420 and 120B.

The BCCI has taken stern steps against the accused players and has suspended all three of them from immediate effect. It doesn’t seem like the future of these players is going to be any brighter as the police has also managed to recover the money and also has the proof of transaction.

Spot fixing is a miniature form of match fixing in which only certain periods of a match are manipulated. In T-20 cricket, spot fixing has a very important impact on the whole game because a single over can change turn the tides. 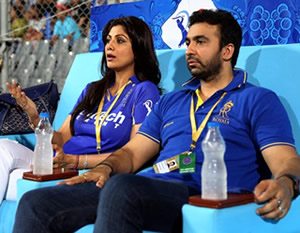 “It has come to our notice that three of our players have been charged with on spot-fixing in matches. We are totally taken by surprise. We are in touch with the BCCI about this matter. We will cooperate with the authorities to ensure a smooth investigation. Rajasthan Royals has a zero-tolerance approach to anything which is against the spirit of the game.”

The police said that the investigation started in April 2013 when the police got a tip off indicating that Mumbai underworld was being involved in the IPL and three players of the same team were in constant touch with the bookies.

The bookies asked the three Rajasthan Royals players to give 14 or more runs in an over by bowling loose deliveries. The players were also supposed to give an indication to the bookies before bowling the loose over so that the bookies could bet huge amount of money.

The police waited for the fixing act to be executed to confirm before arresting the accused players.

Over one hundred hours of calls of bookies and players were intercepted during the investigation. 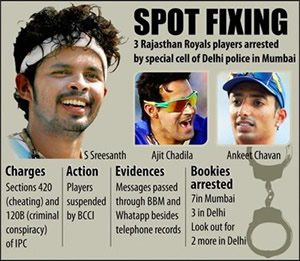 Police alleges that Sreessanth spot fixed his second over against Kings XI Punjab played on 9th May 2013.

As a signal to the bookies, Sreessanth asked for a towel and tucked it in his trousers before bowling the over. He also stretched for a while to give the bookies some time to accept bets. He was supposed to go for at least 14 runs but he went for 13. But since the bookies had a little cushion, they were still able to make money. He was allegedly paid 40 lacks in cash for this.

In a similar manner, Chandila conceded 14 runs which was predetermined. It happened in his second over against Pune Warriors on 5th May. But he actually forgot to give a signal to the bookies. The police stated that after the game he was pulled up by the bookie who asked him to return the advance sum of 20 lack rupees.

Ankeet Chavan has been alleged to willingly give 15 runs in his second over against Mumbai Indians played on May 15th in Mumbai. He fiddled with his waistband as a signal. He was offered 60 lack rupees for his fixed over.

According to Commissioner of Police Neeraj Kumar, the bookies and players used a coded language for communication. BBM and WhatsApp was also used to communicate with each other.

“I am shocked and disappointed by the events that have resulted in the arrest of three Rajasthan Royals players. It is a tough day for me, the team and cricket but I hope the fans will support us and we will continue to play in a royal way.” 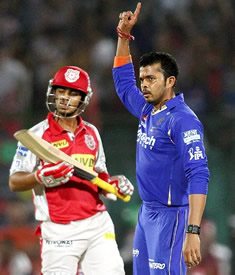 The arrest of these three bowlers has given rise to the speculation if this is just the tip of the iceberg and whether more players are involved in spot fixing.

Many senior players have also expressed their disappointment. Indian legendary batsman Sunil Gavaskar stated: “Indian Premier League is a wonderful platform for players to showcase their talent. They are also rewarded over-handsomely by the team owners. But if players are tempted to fix the games, it is very shocking indeed.”

The police investigation has started to indicate that the Mumbai underworld gang responsible for the spot fixing is D company which is run by Dawood Ibrahim. The police got the hint by tracking down the money trail.

While the cricket fans and the entire cricketing world feels ashamed of this unfortunate incident, we can only hope that the guilty players are given strict punishment and the game goes on.

Amit is an engineer with a unique passion for writing. His life motto goes as “Success is not final and failure is not fatal. It is the courage to continue that counts.”
Sachin Tendulkar has a Coin of Gold
IPL Spot Fixing leads to Law Change