At a hugely attended Sidhu Moose Wala gig at the O2 Academy in Birmingham, videos have emerged of a fight and violence marring the show.

"If you want to fight, take the fight outside"

Videos of fights and violence breaking out at the Sidhu Moose Wala concert at the O2 Academy in Birmingham on Saturday, January 18, 2020, have surfaced on social media.

Shared videos include a fight taking place in the lobby outside of the concert and then a fight inside the venue both show the violence that marred the gig which was enjoyed by many.

A large crowd had gathered at the venue with the majority in good spirits to watch and hear Punjabi singer and rapper Sidhu Moose Wala and hs support acts perform.

However, then to everyone’s dismay, a fight broke out amongst the crowd.

Footage shows, about six to seven men are seen throwing punches and kicks at each other and pushing and shoving one another.

When others from the crown come to stop the fight, one man is seen on the floor still being kicked. Blood is also present on the floor near him. 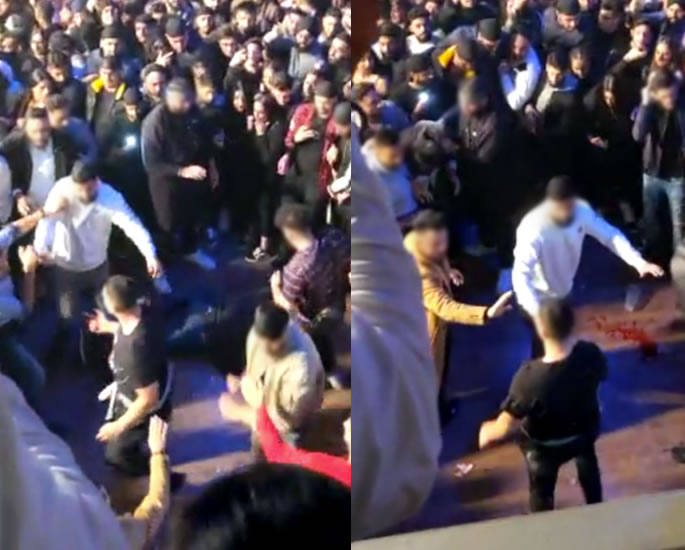 An artist on stage is heard and seen requesting the revellers to stop and ‘calm down’ and then saying to people on stage to play some tunes.

This is backed up by many boos from many members of the crowd who are not impressed at the violence which sparked.

The 30-year-old Moose Wala is then heard telling the crowd during the scuffle to “chill out” and saying: “If you want to fight, take the fight outside”.

A video was posted on Facebook by BrumFeed, showing the violence inside the venue. Please note the video contains graphic violence and swearing.

Fights break out at the Sidhu Moose Wala concert at O2 Academy in #Birmingham on Saturday Night.There was no report of injuries and it is believed it was not reported to West Midlands police.Note video contains violence and swearingVideo:SM

When the scuffle between the men simmers down and some of them are escorted out of the venue. The concert resumes with Sidhu Moose Wala getting the audience back in check. 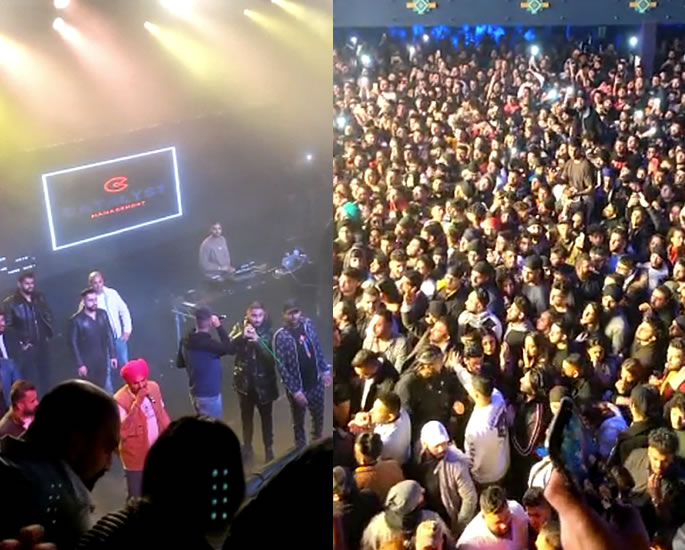 The fight in the lobby was a smaller scuffle between three-four men which seems to have ‘kicked-off’ prior to the show after some kind of argument transpires between two of the men. 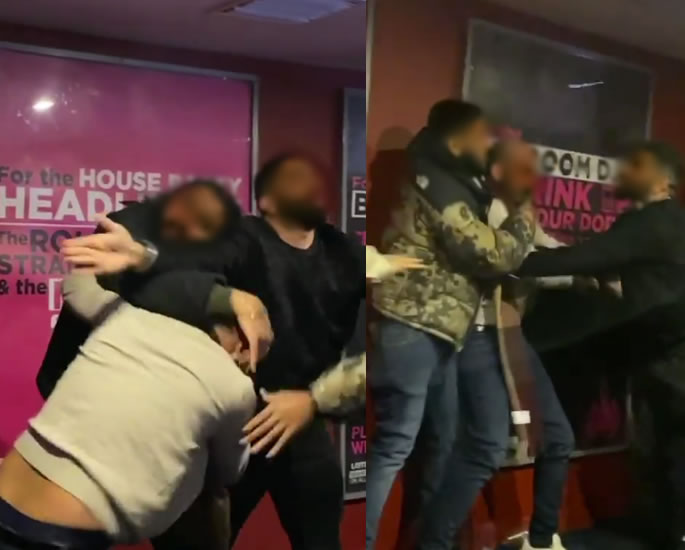 Video footage shows punches and scuffles between two men in particular, while one man tries hard to separate them in the lobby area.

Despite the fights, the concert overall was received well and one social media person wrote: “There were girls throwing kachiyan at him too” indicating that girls were throwing their knickers at the singer.

Watch clips from the gig:

While most people at the concert totally enjoyed the show, there were some comments on social media who were not happy with Sidhu Moose Wala, saying that the gig it was not value for money and that he lip-synced to his songs.

“I’m sorry but my guy @SidhuMooseWala needs to do better. Paid for this yet man turns up late, mimes and cancels shows. There’s plenty of OG singers who are worthy of a show :)”

Reports say that West Midlands Police were not called to address any of the fight incidents.

Nazhat is an ambitious 'Desi' woman with interests in news and lifestyle. As a writer with a determined journalistic flair, she firmly believes in the motto "an investment in knowledge pays the best interest," by Benjamin Franklin.
Jazzy B helps to Steal Hearts in Bollywood’s Gallan Kardi
12 Best Bollywood Dances by Hema Malini