The BCCI is taking serious legislative action against those players guilty of match fixing. Cricketers will now face heightened security measures in all future tournaments and matches to prevent spot fixing.

“IPL has not let down the people. It is these dirty cricketers that have done it."

Cricket is said to the gentlemen’s game. But from time to time, some unfortunate events take place which bring disgrace to the entire cricketing community.

The latest IPL spot fixing incident in which three Rajasthan Royals players, S Sreesanth, Ajit Chandila and Ankeet Chavan, were arrested on the charges of manipulating their overs in exchange of money, has shaken the sensibilities of Indian cricketing fans.

It is not the first time that Indian cricket has been ashamed due to such incidents. Just last year, five Indian players from the domestic circuit faced bans by the BCCI for periods varying between one year and lifetime. They were allegedly involved in match-fixing and were negotiating for illegal payments.

Prior to this, there was a very high profile match fixing episode in 2000 following which former India skipper Mohammad Azharuddin was slapped with a lifetime ban and another key Indian batsman, Ajay Jadeja, faced a ban for five years.

These recurring events prove that some players are not afraid of the consequences at all. They consider the money they are offered worthwhile of indulging in unethical acts and risking their career.

But this time BCCI looks all geared up to make amends and set a distinct example so that match fixing can be brought to a total halt. BCCI president N Srinivasan in a press conference stated: “IPL has not let down the people. It is these dirty cricketers that have done it. We feel bad and the board is considering to press legal charges.”

The entire incident has also shaken cricket fans as well. Anjesh, a die-hard Rajasthan Royals fan, expressed his feelings: “It is so heart breaking that cricketers of such high stature got involved in spot fixing. What is even disappointing is that the players hail from Rajasthan team which is captained by the legend Rahul Dravid who has redefined the sportsmanship in cricket.”

Gaurav Anand, another keen IPL follower said: “It is so baffling that even after being paid so handsomely in IPL some players actually manage to stoop so low that they go on manipulating results for more money. They should be punished strictly.”

The Board of Control for Cricket in India has sketched out its first detailed response to the spot fixing controversy. It includes an accreditation process for the agents of players as well as heightened security measures for the teams during the IPL.

The board has also decided to place anti-corruption officers with teams for the remaining IPL matches. In this way, the BCCI can monitor the proceedings and the players will know exactly where to go if approached by a bookie. The board plans to extend this arrangement for all the tours from now onwards.

The RR players caught in the whole act are facing the heat now. They have been suspended by the BCCI and their contracts with their franchise are also set to end. Their sponsors have backed off and the Delhi police has filed a criminal case against them. BCCI has also formed a committee to investigate the matter.

“The franchise will file FIRs to help the police carry out their investigations. It is important that this evil is taken out of the game. We are taking all the necessary steps to ensure that justice is pursued to its most complete end.”

The police and the board also need to look into the use of females, generally models or small scale actresses, in setting up the communication between players and bookies. The Mumbai police found details of fourteen such contacts in Sreesanth’s belongings. 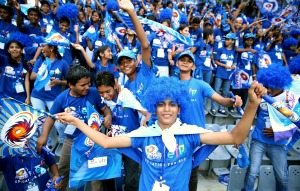 The pacer was also seen escorted by two ladies before his arrest. Popularly known as honey traps, this method is widely being used by the bookies to get in touch with players.

Kapil Sibal, India’s union law minister, has proposed exemplary punishment to be handed out to the players involved in spot or match fixing in India.

Sibal, after consulting with the sports minister Jitendra Singh, is taking steps to introduce a finalised bill in the Indian Parliament at the earliest.

Interacting to media persons, Sibal said: “I have asked the secretary of legislation to draft a bill ensuring that any attempt to fix a match in any sport is subjected to exemplary punishment.”

“Match fixing abolishes the confidence of the fans who believe that the sporting events are fair and the results are based on performances of the sportsmen in the field. An attempt to fix the results of a match can’t be accepted,” he added.

Former Indian batsman Aakash Chopra has lobbied for expunging the records of the guilty players. He said: “Any player found guilty of match fixing should have all his records totally expunged.”

He added: “If a player has been caught cheating once, I would say that he has been a cheat his entire life.”

While the game will continue to carry on, the ultimate losers of this incident is sadly the game itself and the fans who support it with passion. Let’s hope that such players can rise again in the hearts and respect of their fans.

Amit is an engineer with a unique passion for writing. His life motto goes as “Success is not final and failure is not fatal. It is the courage to continue that counts.”
IPL 2013 marred by shocking Spot Fixing
Ziyad Rahim breaks Guinness World Record