The Impact of Coronavirus on Sports Events and Players

The coronavirus has had a major impact on sporting events, involving desi players. We explore how the virus has affected the world of sports.

The coronavirus pandemic also known as the COVID-19 has shaken the sporting world.

A range of sports, including those featuring desi players, have seen some kind of impact.

Empty stadiums, postponement, cancellation, financial implications, uncertainty, along with self-isolation are some of the key issues surrounding events and sports people.

Cricket, football, Olympic games and tennis are some of the major, sports which have been affected so far.

The virus will certainly have a say on the careers of many individuals, especially those who are on the verge of retirement.

We closely look at sports events and players, which the ongoing outbreak has hit: 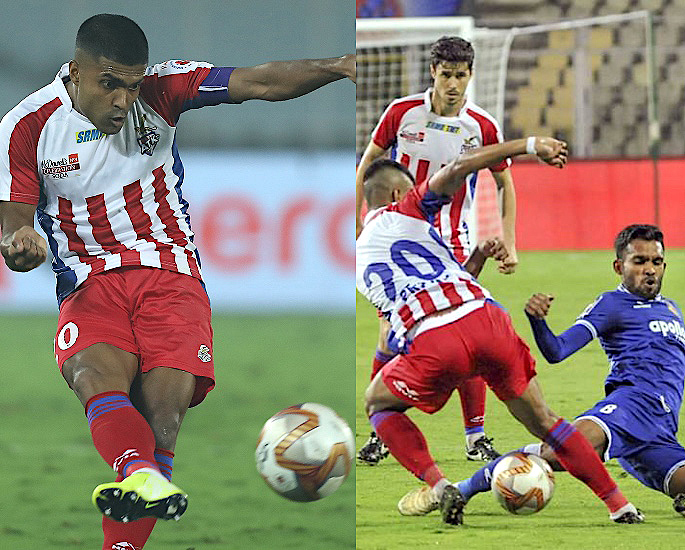 The Indian Super League (ISL) football tournament was the first major desi event to have a knock-on effect by the COVID-19 outbreak.

Following months of action-packed football, the final of the sixth edition between Atletico de Kolkata and Chennaiyin FC on March 14, 2020, had to take place behind closed doors.

ATK won the match 3-1 at the Jawaharlal Nehru Stadium in Goa. Officials and players were professional about playing in front of empty stands.

ATK coach Antonio Habas says his team had to improvise with their football:

“We had to create the atmosphere at the pitch. The attention and the motivation are different and you feel that you need something more, but it’s very logical with the coronavirus problem and you have to support this situation.

ATK defender Pritam Kotal claims it was unfortunate that they had to lift their third title in virtual silence. However, the team India full-back also mentioned that their motivation overshadowed the circumstances:

“We feel very good to be the champions and it’s a significant win in front of an empty stadium. Our only motivation was to become champions.

The organisers will have been relieved that the ISL tournament came to a conclusion, despite the setback of the final. 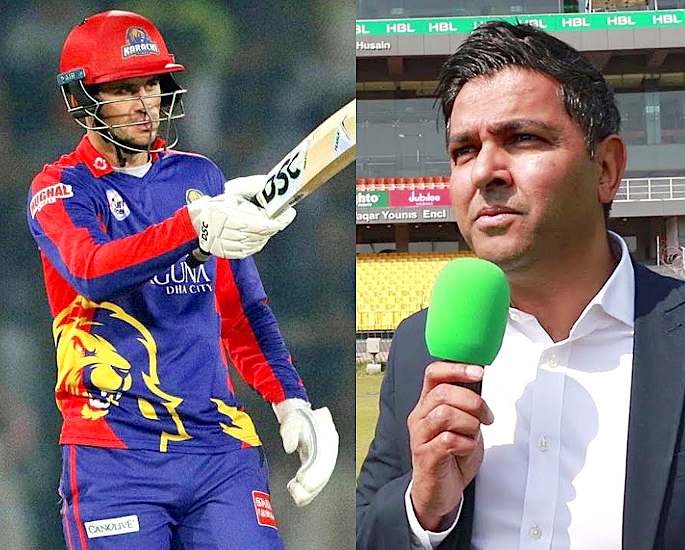 The fifth edition of the Pakistan Super League 2020 was on course to delivering a successful event on home soil for the first time.

But the T20 cricket franchise league, which was running smoothly finally became a victim of the coronavirus ahead of the knock out phase.

In the wake of the coronavirus pandemic, especially affecting Karachi, all matches in the ‘City of Lights’ were played under closed doors without a crowd.

The Pakistan Cricket Board (PCB) also made the decision to shorten the tournament by four days. With a straight knock out phase replacing the playoffs, the final was due to take place on March 18, instead of March 22.

To avoid being stranded in Pakistan, up to eighteen overseas players left the country for their respective homes.

“It is important to emphasise and clarify that the main concern of many […] who have chosen to return home, revolves around avoiding a potential situation where they might become stranded either due to flight cancellations or border closures in their own countries.”

On March 17, 2020, the PSL was eventually suspended after it was revealed that England opener Alex Hales had developed symptoms of the virus.

Speaking about the directives taken by the PCB and the final postponement, Wasim expressed:

“We have been following the government’s advice [in the matter].

“First, we took the decision to play matches in empty stadiums, then we gave players the option to leave, then we reduced the number of matches, we took 2-3 measures […] but after this suspected case, we made this decision.”

The PCB took a responsible decision in light of the health and well-being of all the players. In consultation with the franchise owners, the PCB will reschedule the remaining PSL matches. 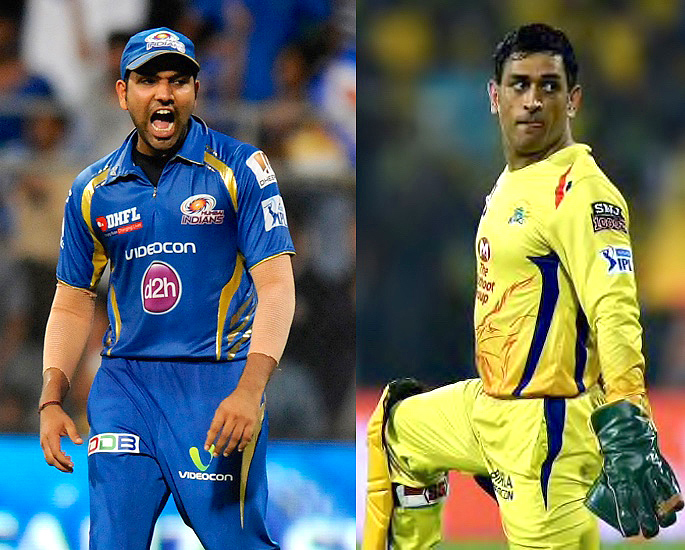 In view of the coronavirus pandemic, the Board of Control for Cricket India (BCCI) made an announcement to postpone the high staking T20 cricket league on March 13, 2020.

The BCCI has been contemplating to host double-header matches to compensate for the delay of the tournament. The IPL was moved from March 29 to April 15, 2020, giving the BCCI more time to assess the situation.

The government of India is recommending to cancel IPL 2020, following the coronavirus scare. Despite leaving it to the BCCI, the Ministry of External Affairs are expecting them to make a wise decision.

“Think it is for the organisers to decide whether to go ahead with it or not.”

“Our advice would be to not do it at this time but if they want to go ahead, it is their decision.”

Even the health ministry is issuing a very clear advisory on the matter, stating:

“No public gathering takes place in any sporting event.”

There are many implications if the IPL does not take place.

Firstly, the likes of MS Dhoni (IND) and AB de Villiers (RSA) were hoping to put themselves into contention for the ICC T20 Cricket World Cup 2020 through some good performances in the IPL.

Secondly, if the tournament does not take place altogether, industry analysts believe the IPL may suffer losses of up to Rs. 10,000 crores (£1.4 million).

Naturally, players will lose out on big bucks too, if there is no IPL 2020. These cricketers include Rohit Sharma (IND), David Warner (AUS) and Ben Stokes (ENG).

The BCCI is also considering a window between July-September 2020 to host the IPL. Though, that might be problematic, with it being the peak of the monsoon season.

The BCCI has to factor in schedules, clashing with other major sports events and discussions with the main broadcaster. 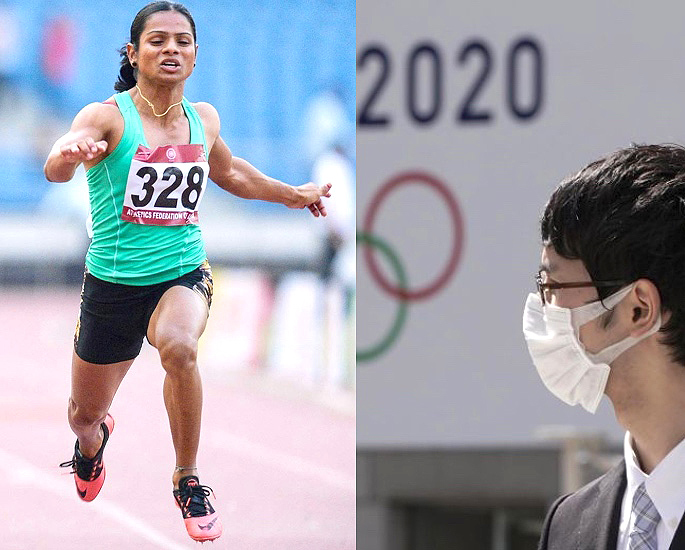 There is a big doubt about staging the Tokyo Olympics 2020 on time, following the global crisis of coronavirus.

Many events, which were acting as qualifying events have already been postponed. The International Olympic Committee (IOC) is adamant that the summer games will take place as per schedule.

On the contrary, Seiko Hashimoto, Japan’s Olympic minister has indicated the multi-sport competition could be delayed.

With still a few months to go, “anything is possible” according to World Athletics chief Lord Sebastien Coe.

The biggest problem is that athletes are unable to freely train and prepare for the games.

An optimistic Indian gay sprinter, Dutee Chand is training but with some degree of fear and caution. She exclusively told AFP:

“There is fear of catching the coronavirus because we train together and if somebody catches it then it is going to spread.”

“I am not going out other than to train. Home-cooked food is the order of the day, I don’t eat out at all.
Washing hands has become a 24-hour activity. So hopefully we will overcome the crisis.”

The other issue that Chand faces is being able to participate in qualifying events to make the cut for the Olympics.

But with there being a complete sporting lockdown, time is against Chand to qualify. She needs to clock 11:15 in the 100 metres to make the Olympics.

It will be a major blow for Chand if she cannot participate in the Olympics, considering she comes from a poor background. 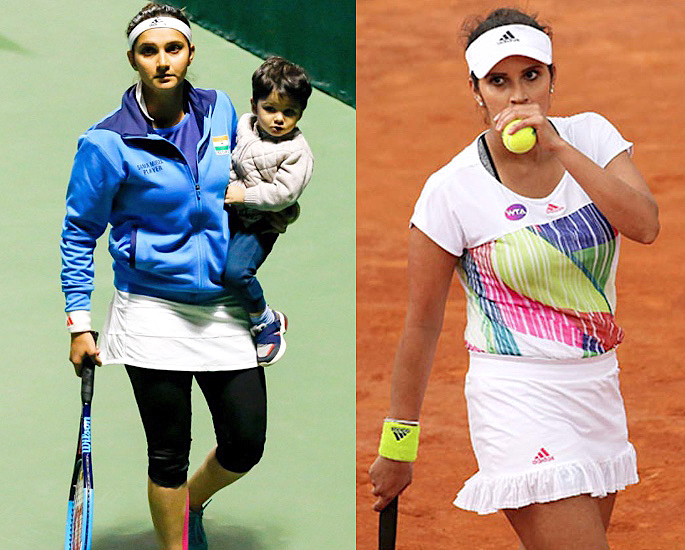 The 2020 French Open grand slam event has been deferred to September, with the spread of coronavirus around the world.

Despite the postponement, the likes of Indian tennis star Sania Mirza are questioning the rescheduling of it around September 2020.

Sania’s biggest concern is that it is too close to the US Open. Talking to ESPN she said:

“I’m not sure how the French Open is going to fit into the schedule. Hopefully, things blow over and we should be able to play the US swing.

“But I don’t know how we are going to suddenly play a clay tournament one week after the hard court season.”

Normally players will play a few clay-court tournaments in preparation for the French. But that will not be possible if there is only a short gap between the two grand slam tournaments.

Happy to reunite with her son Izhan in Hyderabad, India, a healthy Sania also admits that self-isolation is not ideal with a young child:

“Thankfully both me and my father don’t have any symptoms and we’re feeling healthy.

“We made sure we didn’t step out of our homes both in San Diego and here in Hyderabad.”

“Izhaan is just excited to have me back and with him around, self-isolation doesn’t look like an easy option.”

From an overall perspective, official bodies have ruled out any tennis for the immediate future. They will assess the situation from June 2020 onwards.

Many sports personalities who are in quarantine are taking this opportunity to explore some of their hobbies, including reading.

There is some good news if you are a pool fan. The Orange Media Group are organising a TV event in Solihull, with Freesports airing it Live on their channel. This will be a short tournament without any spectators.

All eyes will be on when English football resumes, with many desi Liverpool fans waiting for their club to secure their first Premier League title.

Meanwhile, cricket lovers will be hoping that the ICC Cricket World Cup takes place on time between October-November 2020.

Will Cristiano Ronaldo be Visiting Pakistan?
Who has the Most Hockey Gold Medals for Pakistan?