Big sports events with a Desi context will dominate the 2022 calendar. We preview several key competitions featuring men and women.

Desi Fans and viewers can expect an action-packed 2022, with some exciting sports events taking place worldwide.

Very much like 2021, the year 2022 will see both men and women competing individually and across team competitions at the highest level.

Star names and sportspeople from India and Pakistan, along with British Asians will feature in different sporting tournaments.

There will be British and global interest at the Birmingham 2022 Commonwealth Games, with athletes from the subcontinent aiming for gold at the Hangzhou Asian Games.

Supporters who are able to travel will witness these sports events LIVE from inside spectacular venues. Others will watch in the comfort of their homes, with some super coverage, courtesy of international broadcasters.

We showcase 5 significant sports events to follow and watch in 2022. 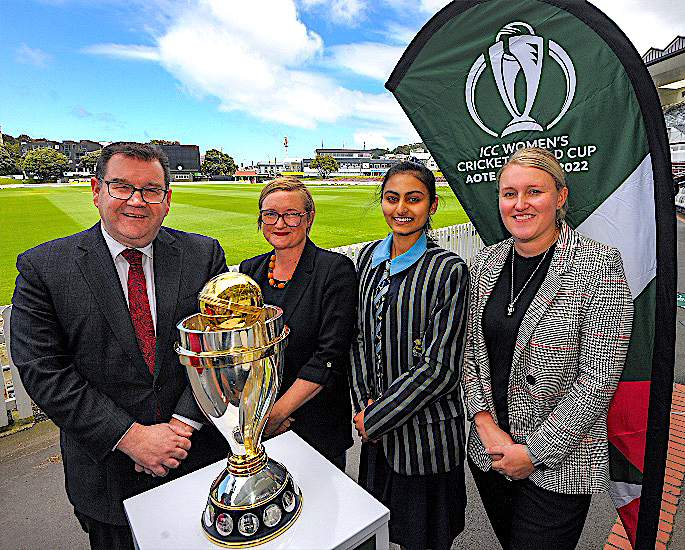 The ICC Women’s Cricket World Cup New Zealand 2022 is one of the major sports events globally.

Eight teams, including Bangladesh, India and Pakistan will fight for the 50-over prestigious trophy over the course of thirty-one matches.

Six venues will host the round-robin and knock out games from March 4 to April 3, 2022.

Team India will go into the tournament as the best side from South Asia. The Women in Blue will play arch-rivals Pakistan during the Round 1 phase.

The high octane clash takes place on March 6, 2022 at Mount Manganui. This will be the opening match for India.

India will be hoping to go one better and become champions for the first time. They lost both in the 2005 and 2017 World Cup finals. 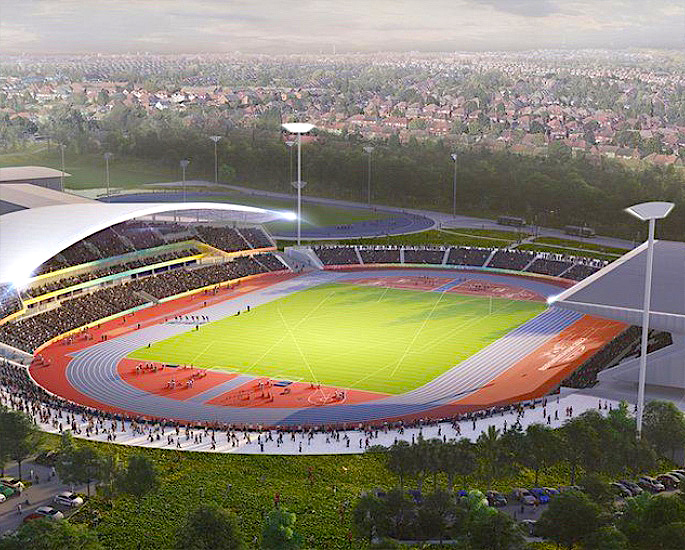 The Birmingham 2022 Commonwealth Games is ultimately one of the biggest sports events to take place in the UK.

The multi-sport competition comprising of 283 events across twenty sports will take place in UK’s second-biggest city from July 28 and August 8, 2022.

From a South Asian and Desi perspective, there will be a lot of interest for team India and the Pakistan contingent. India will target medals in athletics, badminton, cricket, and weight lifting from an individual and team perspective.

Pakistan, meanwhile, will eye medals individually and from a team context in boxing, field hockey and wrestling.

The re-introduction of cricket at the Commonwealth Games in the women’s T20 format should be quite a spectacle. Both India and Pakistan will participate in this event at Edgbaston Cricket Ground from July 29 to August 7, 2022.

Alexander Stadium will host all the thrilling and interesting athletic events, featuring some of the fastest sprinters in the world.

Worldwide broadcasters will be bringing LIVE pictures to television screens globally and across various digital platforms. 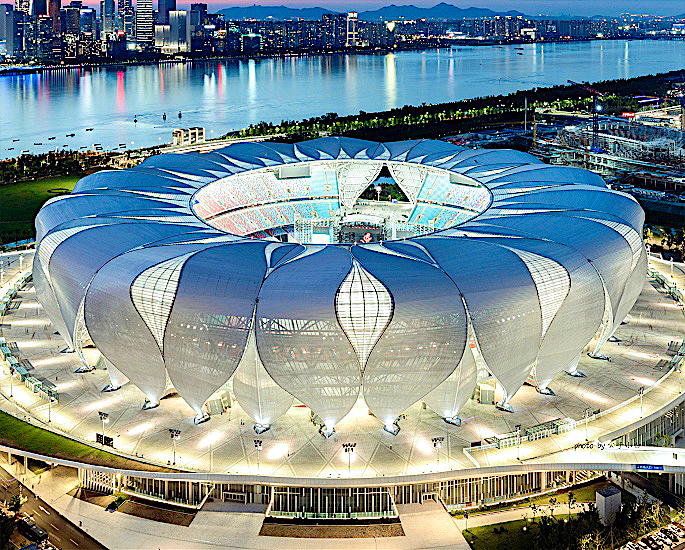 The 19th Asian Games Hangzhou 2022 in Zhejiang, China will be one of the most important multi-sport events covering Asia.

Taking place from September 10 to 25, 2022, the host city will be responsible for organising 482 events across fourty sports.

Cricket returns at the Asian Games, after featuring eight years before in 2014. Both the men’s and women’s teams will feature at the Games.

Teams from India and Pakistan may well send their second string sides to test bench strength, especially in the men’s tournament.

The field hockey tournament is also vital for the India and Pakistan men’s and women’s teams as it acts as a qualifier for the Paris 2024 Summer Olympics.

“Our priority is to win the Gold medal at the 2022 Asian Games, which means we qualify directly for the 2024 Olympic Games.”

Hence, India will send their best teams to the Game in an attempt to qualify for the Olympics.

India is likely to dominate the medals from South Asia, with Pakistan following suit. 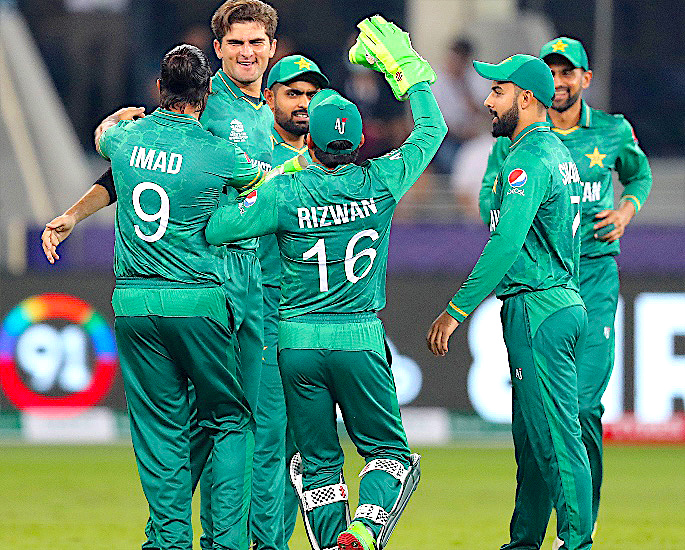 The ICC Men’s T20 World Cup Australia 2022 cricket tournament will be one of the most exciting sports events of the year.

The fourty-five matches tournament will take place in Australia from October 16 to November 13, 2022. Six stunning stadiums have had the green signal to host the matches.

The event format consists of group stages and knockout matches. The Pakistan cricket team have a good chance in the tournament, as long as their batsmen can overcome the bounce down under

The Green Shirts are a force and can pose a serious threat to any side in the world. However, one can never dismiss the mighty Indian side who have a lot to prove in an ICC event.

Sky Sports is the official broadcaster for this cricket festival in the United Kingdom. 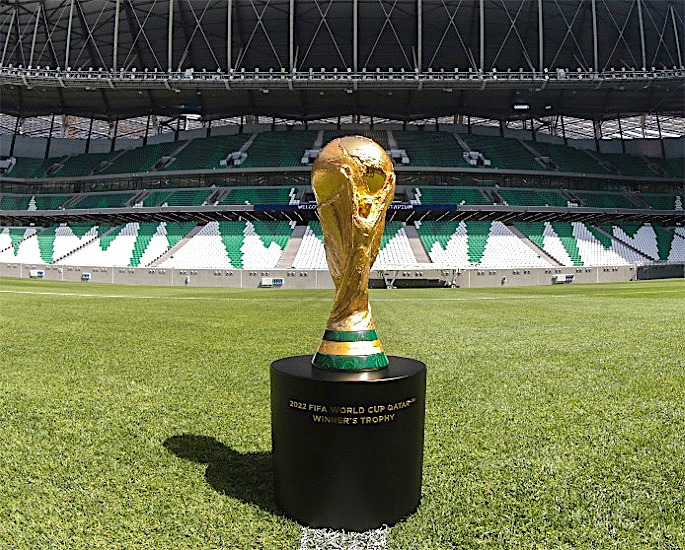 The FIFA World Cup Qatar 2022 will be one of the most followed sports events in the world. The tournament will also bring a nice climax to sporting events in the year.

Thirty-two nations will battle it out between November 21 and December 18, 2022. Eight venues across five Qatari cities will host the group and knock out stages of the competition.

Lusall is a key venue hosting many matches, including the final at the Lusall Iconic Stadium. The capital Doha will also stage matches at Stadium 974 and Al Thumama Stadium.

Brazil, Argentina, France will be amongst the favourites, with a huge fan base across the globe.

From a British Asian point of view, there will be a lot of support for England. England can really take off from their heroics of Euro 2021.

Student Muhammad Yusuf, an avid supporter from Birmingham said it will be wrong to underestimate The Three Lions:

“Do not discount England. If they get on a roll, the trophy may well be coming home.”

BBC and ITV will co-broadcast the matches in the United Kingdom as was the case previously.

There are several other sports events scheduled for the year, including the Beijing 2022 Winter Olympics. These will be held in the capital of China from February 4 to 20, 2022.

The year 2022 is definitely going to be great for sports events, with supporters worldwide expecting to see some thrilling moments.