DESIblitz looks at the five best British Asian male DJs who are bringing a refreshingly new sound to the music industry.

The rise of British Asian male DJs is a much-welcomed addition to an expanding UK music scene.

South Asian musicians within the UK are one of the key factors in the diversity bellowing out British music.

From their impact on the retro underground to garage, Bhangra and hip hop, British Asians are part of the fabric of British music.

This is not just in the form of artists, but DJs as well. With more musical platforms than ever before, British Asian male DJs are everywhere.

Using techno, pop, Bollywood and urban influences, their hypnotic fusions combine all the aspects of a stimulating megamix.

With such a plethora of genres and experimental music coming out of the UK, there’s no surprise as to how talented these DJs are.

Layering different beats, adding techno synths, playing with pitch and adding bassy drops are just some of the techniques these artists use.

Therefore, it is only right to explore the five best British Asian male DJs that will light up your playlists. 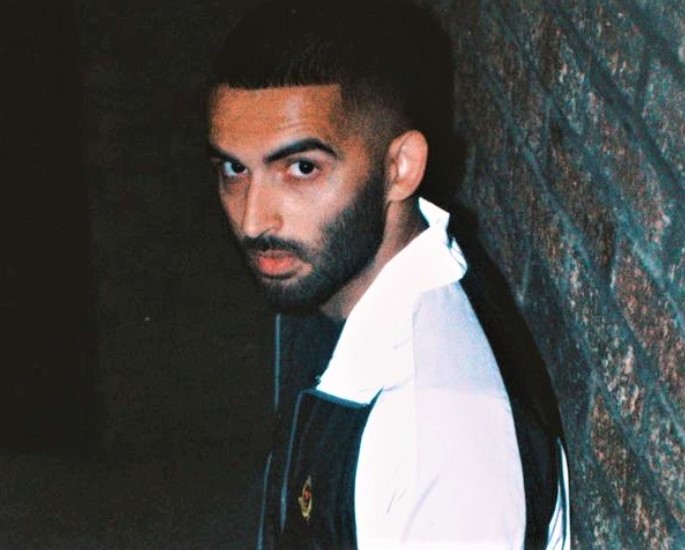 For some, there’s no surprise that DJ Arvee has made it to this list. The well known Hertfordshire-based DJ is amongst the top emerging British Asian male DJs.

Arvee has risen to the top with his mesmerising mixes dedicated to the likes of Drake, Tory Lanez, J Hus and Dave.

With over 90 million minutes streamed, he is one of Mixcloud’s most listened to accounts. But that comes as no surprise with how iconic Arvee’s playlists are.

He can drop Punjabi megastar AP Dhillon’s vocals on a house-infused instrumental. Or, the DJ can seamlessly fuse the hard-hitting raps of Tion Wayne and Tory Lanez.

Arvee certainly has a knack for providing trending tracks with a retro twist.

Or, fans can enjoy a different take on their favourite artist.

Using the silky raps of one of the best rappers in the game on more soothing beats provided a completely different listening experience from the original songs.

Therefore, Arvee is proving to be one of the best British Asian male DJs and his monumental rise is only beginning.

He’s featured on BBC 1xtra and Capital Xtra and performed live at Wireless Festival and on The Night Shift. So, this is definitely one DJ to get hyped about. 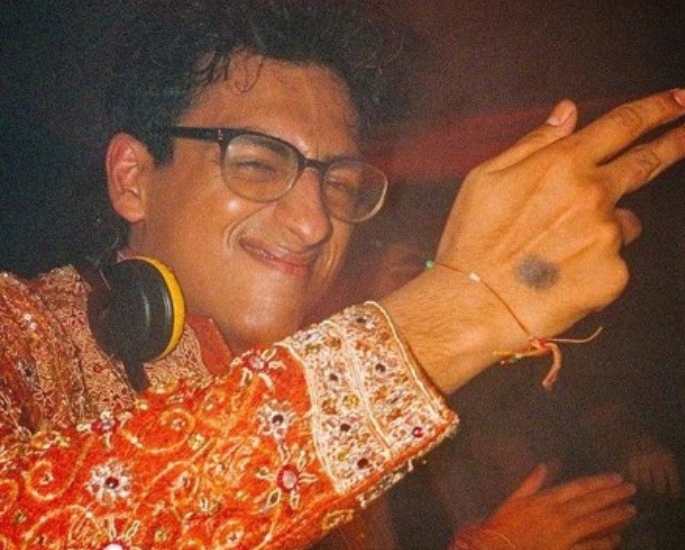 Nirav Chandé is a magical DJ who has been exposed to numerous cultures which are all celebrated in his mixes.

His experiences within South Asian, Middle Eastern and British surroundings have allowed him to build a repertoire of music knowledge.

In 2020, he told the community platform, Rise & Shine Audio:

“I’m a firm believer of how things have worked out for me is connecting to other people, other groups, other communities.

“I think it’s all about having that support there.”

This diversity is shown within Chandé’s mixes. From electronic to EDM to Bollywood, his fusions allow for a thrilling burst of dynamic sounds.

Although he is still establishing himself amongst the competition, his captivating skills cannot be denied.

Evidently, his stock will certainly grow having joined the South Asian collective, Daytimers.

They showcase the raw force of underground South Asian artists through gigs, performances and live gigs.

This was highlighted in his exclusive back to back Boiler Room set with fellow Daytimer, Gracie T.

He also made the room go wild by layering the vocal echoes of Punjabi hits on top of dance-infused beats.

The series will explore the multitude of vibes Chandé has absorbed as a DJ so there is more ambience for fans to enjoy.

Chandé’s skill set is unparalleled and the way he performs with such tenacity is an ode to his passion for his craft. 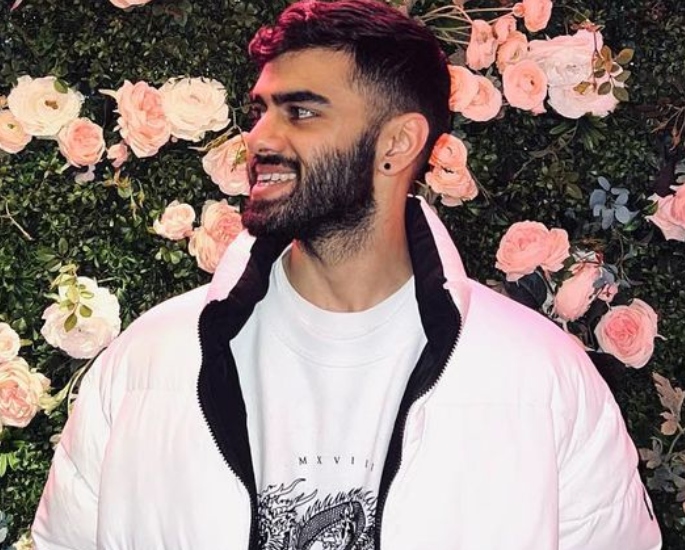 AJ Wavy made a name for himself on TikTok and his success on the platform is undeniable with over 580,000 followers.

His popularity rose after posting comedic videos of his family members reacting unimpressively to his mashups of South Asian and hip hop music.

However, whilst this aspect drew more fans in, it was the music itself that has led to a meteoric rise for the DJ.

Whilst he only did his first live performance in February 2022, his finessed mixes sound highly experienced.

His lively creations speak for themselves. Fusing the extremely beloved ‘Why This Kolaveri Di’ (2011) with Justin Bieber’s ‘Confident’ (2013) is blissful listening.

Even totally contrasting songs are unified through Wavy’s energetic creativity.

But, what makes British Asian male DJs so joyful to listen to is their daring tenacity to experiment. AJ Wavy is no different.

Piercing Adele’s 2011 showstopper ‘Rolling in the Deep’ with distinct tabla sounds is a symphony of Desi culture and British melody.

The track was so memorable that Tushar Kumar commented on YouTube:

“Bro your song really gives me goosebumps literally. I heard every artist’s songs but you are unique from them.”

The special element that AJ Wavy has is his ability to always impact classical or modern songs with a Desi twist.

It’s this cultural pride that has allowed him to create a loyal fanbase whilst also gathering interest from elder listeners. 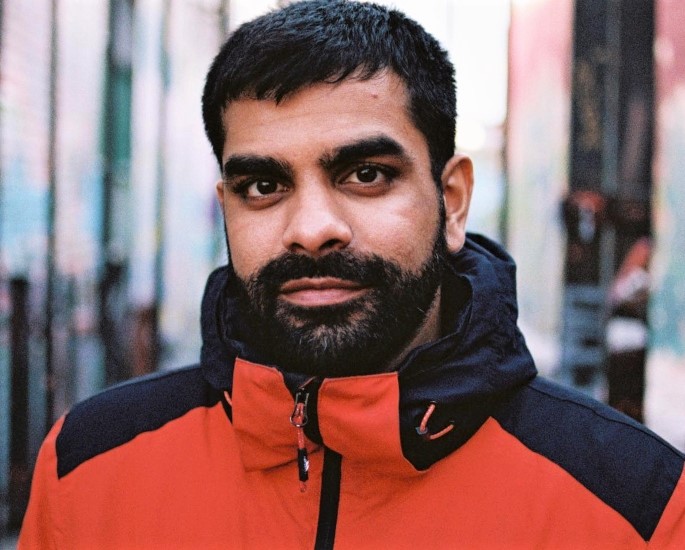 Ahad Elley otherwise known as Ahadadream is one of the trendsetting British Asian male DJs.

The London-based artist’s influence stems from sonically diverse genres which enhance all of his output.

From UK funky to amapiano and beyond, Ahad’s daring productions are rich in utilising sounds that all compliment each other.

Talking to the blog, Truants, in 2017, Ahad revealed his early inspiration for music came from South Asian weddings:

“I think those early experiences are where I get my sense of rhythm from.”

“There’s a lot of dancing and eating amazing food but one of the key activities at those parties is all sitting around a ‘Dhol’ drum and singing songs to nothing but a beat.

“I felt I needed to channel some of that in my music.”

We see this in his breakthrough EP, Movements (2017). Listeners quickly realised just how recognisable Ahad’s sound was with that project.

The four-track piece was a vivid culmination of South Asian and British tones.

This is especially seen in the songs ‘Little Pakistani Boy’ and ‘Dhol’. Both ooze with raw Desi instrumentation, underground bass and electric synths.

However, Ahad’s talents transcend these elements into more modern genres like afrobeat, grime and house.

From his lively sets on music platforms Boiler Room and Mixmag, his aura shows he can effortlessly get the crowd captivated.

The flavour of Ahad’s mixes is a breakthrough for many DJs. He also founded No ID, a party that puts the spotlight on South Asian DJs to improve their representation as a whole. 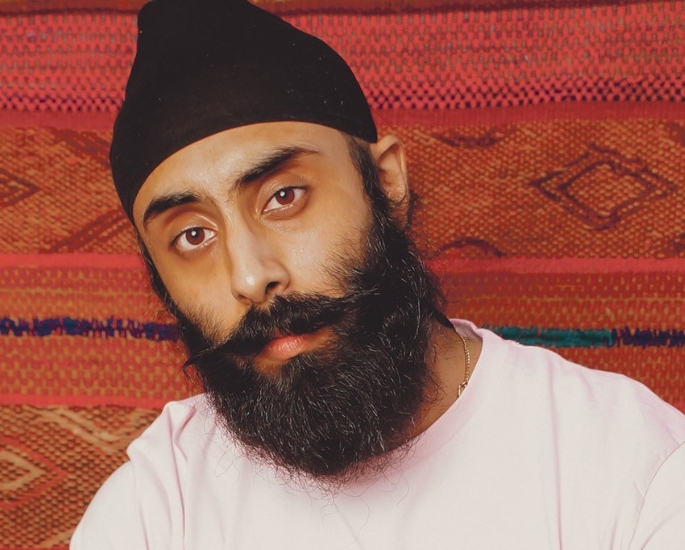 Whilst only in the early stages of his career, Yung Singh is a catalyst in many ways for the culture of British music.

His influences are deeply rooted in hip hop, jungle and Punjabi music.

But he moulds these sounds to fit in with the garage and grime genres he saw at university.

Similar to Chandé, Yung Singh is a focal point of the Daytimers crew showing how the collective is thriving within the industry.

However, what draws you towards the DJ is his colourful appreciation of Punjabi garage.

The unforgettable production showcased the stylings of Punjabi garage artists and almost put it back on the map amongst the community.

Furthermore, speaking on this mashup and why this genre is one of the foundations of UK music, Yung Singh said:

“I really wanted to put together a mix that showcased the full range of Punjabi garage.

“From proper speedy garage to 4×4 with loads of swing, proper shuffly 2-step, and more contemporary releases.

“There are tunes in here from the 90s, early 00s all the way to brand new and unreleased bits.”

His love for his craft is evident in the way he advocates for it which is highlighted in The Birth of Punjabi Garage (2021).

The documentary was in collaboration with the Ministry of Sound and showed how impactful the Punjabi culture was and still is on music.

The DJ’s intuitive vision to share his love of old school music with modern generations is awe-inspiring.

These British Asian male DJs are impacting the UK music scene in the most unique way.

Their experimental fusions of pop, grime, house and Bhangra are not only amazing but examples of how far these artists have come.

However, for these DJs, it is more than just fusion mixes. They want to establish and progress the status of British Asian male DJs.

Although, this can only happen when more clubs, festivals and platforms provide a stage for these artists to shine.

But, these British Asian male DJs are certainly breaking down barriers and are helping to create a more diverse community.