Amir Khan has been spotted on a private celebrity dating app called Raya which only allows members to join by a strict vetting process, after denying he cheated on wife Farayal Makhdoom.

After being accused of cheating on his wife with a beautician, boxer Amir Khan is again in the spotlight. This time his profile has been found on an exclusive and private dating app called Raya.

The dating app created by the half-brother of actress Dakota Johnson who starred in 50 Shades of Grey, has been designed with privacy and confidentiality in mind. Profiles on the app include the likes of Lewis Hamilton and Olly Murs and now, Amir Khan.

Amir’s profile on Raya shows a picture of him in a topless pose with his hands clenched together up to his chest. The details for the father-of-two say his hometown is San Francisco and that he is from Manchester, United Kingdom. It also includes his Twitter handle.

A tweet on Sunday, June 3, 2018, from the British boxer on his Twitter highlighted that he was moving from San Francisco to Los Angeles to relocate for his training camp.

To use the private app members pay a monthly fee and you can only join the app if another Raya community member who uses the app refers you.

Raya’s app creators say they “will rarely, if ever consider an applicant who wasn’t referred by a current member of the Raya community”.

“It is important to note, that every admitted application at time of consideration was believed to be inside the bounds of all of the guidelines and values.” 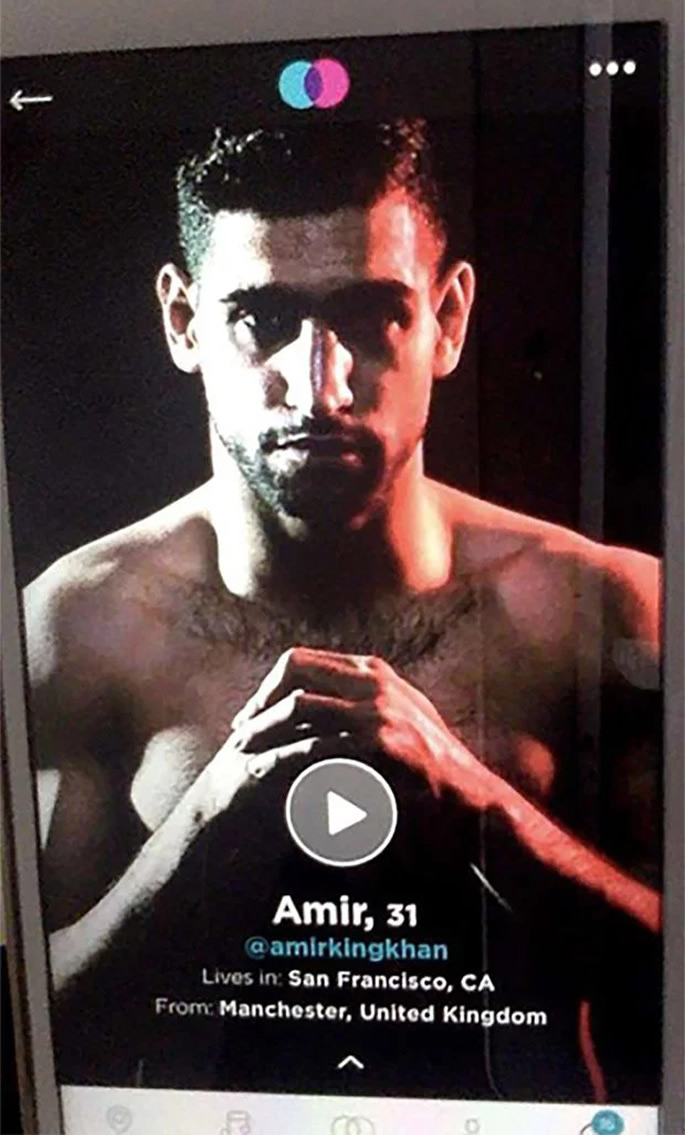 For their belief, they say:

“We believe that using technology to meet someone should feel safe and exciting. We value respect, kindness, and trust. We believe that people here are not users. They are members of community, free to express themselves in any way they chose. We believe in meeting someone who can change a life.”

They empower their users with trust in the privacy they offer, saying:

“We empower our members to share a far more expressive version of themselves than anywhere else online.”

Therefore, any person on the Raya app is vetted fully before they join this private community and cannot remain on the app if they do not follow their strict guidelines.

This new revelation about Amir Khan comes soon after he vehemently denied cheating on his wife Faryal Makhdoom with Sophia Hammani, a beautician in London.

Subsequently, Amir had sent his wife a happy fifth wedding anniversary message on his Instagram, to which he had no reply from his wife.

It was also reported that Farayal had in fact, blocked him from her Instagram account after the allegations of him cheating.

I’m A Celebrity star Amir is the father of two daughters Lamisiah Khan and Alayna Khan, who was born in April 2018, and he married Faryal Makhdoom in 2013. A public spat between the couple took them to a near divorce but they reconciled and got back together.

With Faryal Makhdoom posting images of herself on social media related to her moods and makeup with comments like “Long days.. short temper?”, it is evident she is not commenting on the latest revelations about her boxer husband who has allegedly not been as loyal as he said he was going to be.

Nazhat is an ambitious 'Desi' woman with interests in news and lifestyle. As a writer with a determined journalistic flair, she firmly believes in the motto "an investment in knowledge pays the best interest," by Benjamin Franklin.
When are You Getting Married, Beti?
Indian Man kills Elderly Mother for Not Cooking Chicken Curry