When are You Getting Married, Beti?

Getting married is no longer the primary goal of Desi individuals. We look at the evolving attitudes to marriage and the factors that are now prioritised.

Traditionally, Desi families have been infatuated with marriage.

They are devoted to getting their children married, especially if they have a daughter. Enough to convince them that is where true happiness lies.

However, the modern Desi woman has become more diverse and she has the opportunities and permissions to do so, compared to the past.

Things like career and independence are more strived for. With this, marriage is not a priority as it once was.

Here take a look at some of the common factors that bring up the question of marriage, especially when you are a woman and add the pressure you may not need. 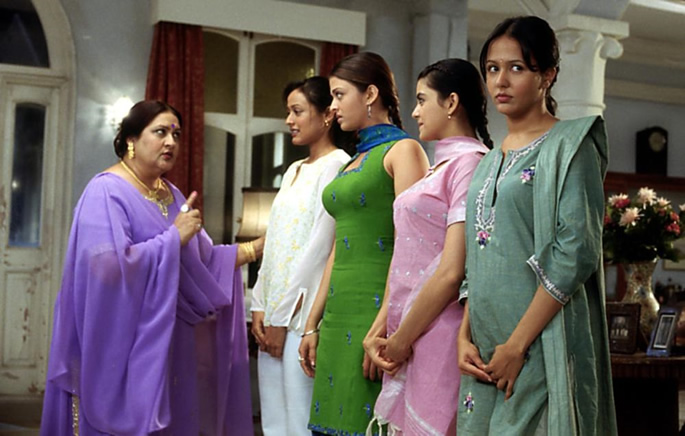 “Nowadays parents are only needed to finalise the marriage date and to book the wedding venue” – Movie: Armaan.

Modern parents are less influential on their daughter’s marriage. However, many still think that marriage is essential.

The majority of Desi parents want to see their daughters settle down. Due to the worry of them not having a ‘complete life’, which a marriage can give as far as they are concerned.

Arranged marriages are still a preferred choice for many parents but love marriages are beginning to make their way into Desi society much more than the past.

Although many parents have become more understanding and appreciative of the ambitions of girls and their different priorities in life, there is still that looming matter of marriage that still pops up.

So, when it comes to a daughter agreeing to a marriage, it opens potential partners to more scrutiny. Parents can tend to size up partners much more because they just want to make sure it is the right decision.

However, more traditional parents do still pressurise daughters and consequently, they are less likely to have a choice in when they get married. In some cases, arranged marriages are dressed up as forced marriages too. 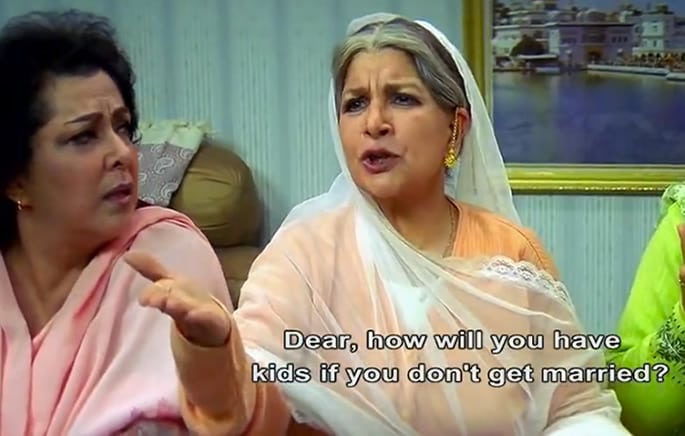 “In our place, the bond of marriage is not only between the husband and the wife … it’s between the entire families” – Movie: Jhooth Bole Kauwa Kaate.

Desi aunties are the ones to be avoided at weddings or family functions at all costs! Because they will find you and when they find you, they will ask you – shaadi kab karni eh? (when are you getting married?)

Children are the answer to all of the aunties questions when it comes to marriage. Having children without marriage is simply ‘not possible’!

So, part of the stresses that exist may come not from the parents but definitely from the Desi aunties, relatives and cousins. The community is often tight-knit, giving individuals, the perception that they are involved in what happens.

They may not be as understanding as the parents are and add unwanted pressure on you if not directly but indirectly through the Desi aunty network!

So, there is no hiding from them and every next function you see them, you are reminded that you are “getting old” and “no one will want you”. Because you are ‘so old at 26’!

In Pakistani culture, they may want to get their own children married to their respective cousins – expecting that they have a sense of loyalty to them.

Simply because they are related. In spite of this, many of the current generations are no longer agreeing to such marriages and prefer someone outside of the family network. 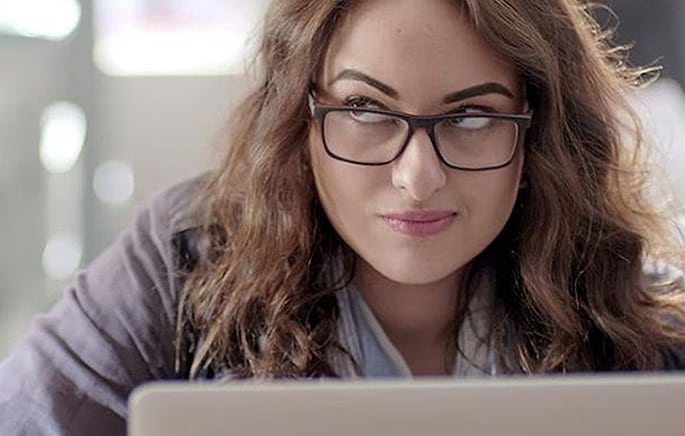 In the past, women may have gotten married primarily for financial support. Now they may look for a husband that matches their level of income or even excels.

In many cases, their ambitions are driving them to become the best in their field with no restrictions like the past.

Many British and South Asian women are also pursuing business as a career option and using their Desi background to come up with ideas for business which were not before explored. Including food, fashion and events.

The impact of this is resulting in women wanting to marry later because of their focus on their careers, businesses and employment.

This allows them to be more particular when choosing someone. Having their own stable income means that they have a ‘bargaining chip’ too when it comes to marriage.

In modern society men also see someone that can support themselves as being an attractive trait.

Nevertheless, individuals are now more career led, as opposed to marriage orientated. And for many women, career aspirations do come first. 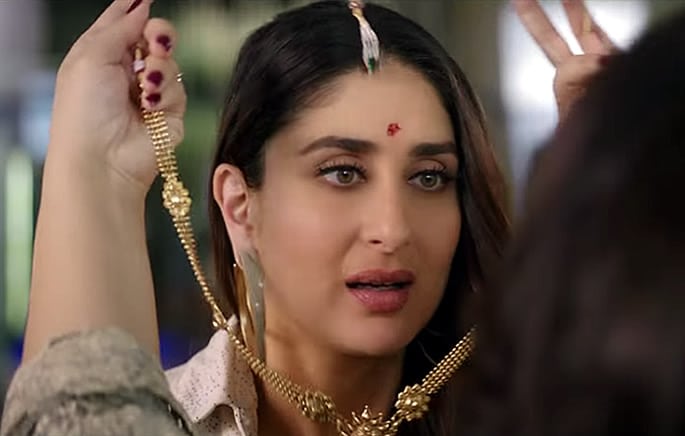 “No matter how much you study.. graduation.. Post-graduation.. Until a f*****g mangalsutra is not wrapped around your neck. Life is not complete!” – Movie: Veere Di Wedding.

More and more South Asian women are now empowered with freedom. With the opportunities to study, work, socialise, date and marry for love too, if they find someone suitable.

Women have achieved a lot more independence feeling strong enough and free to manage their life own compared to the past and some even feel they don’t require a man!

Choices for the women with the freedom gained have become bigger with priorities changing.

The age targeted plans once set out by parents are no longer valid and most are carving their own, suited to their personal goals in life.

However, when it comes to cultural expectations and family ‘dreams’, marriage is still something ‘required’ despite all your degrees, masters, PhD’s and work achievements.

So, getting away from the ‘marry-by-date’ is still not an easy option! Unless you belong to that very tiny minority who accept your decision! 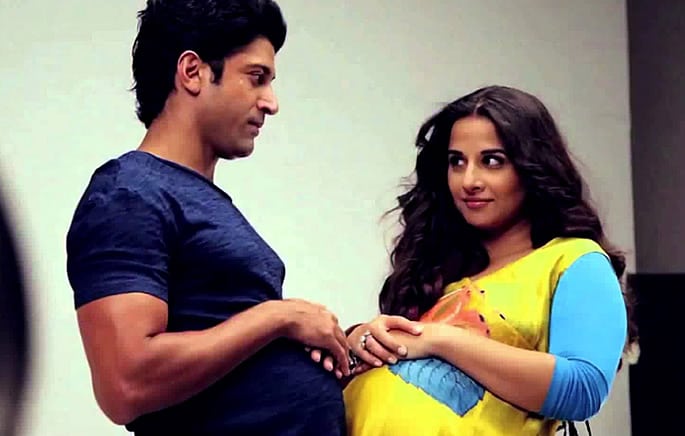 “Forget carrying the babies responsibility … I wasn’t even able to carry the baby” – Movie: Shaadi Ke Side Effects

In the past, a key role for Desi women was to have children, more or less immediately after marriage. It was the done deal.

This was fairly typical especially when the majority of women were ‘stay at home’ housewives and did not study or work in professional environments like today.

However, even today, the question of children is raised pretty often by those Desi aunties! Not much later than a year after your marriage, when they see you again at that next wedding or function!

Some even used the notion of having children as a way of cementing the marriage. In other words, you were told the husband will be ‘locked-down’ and cannot leave!

But, not all women want to be mothers immediately after marriage like the past. The newly found independence enables them to control their own lives.

This does not mean that all modern women do not want kids. Some just prioritise other goals first and they just want to fit in children later.

But the biological clock is never always on your side and of course, having children very late can talk you into the gossip of the Desi aunty network too!

For those sticking to their guns, handling both kids and a career can be difficult. Hence, modern women are no longer accepting that children are only their responsibility.

They expect a lot more input from their husbands compared to the past, where men really did not engage in the upbringing of children domestically.

You are seeing South Asian men now participating in everything from changing nappies, feeding kids and looking after children, even when women are going out to work, as ‘house-husbands’, which is a very stark difference compared to older generations. 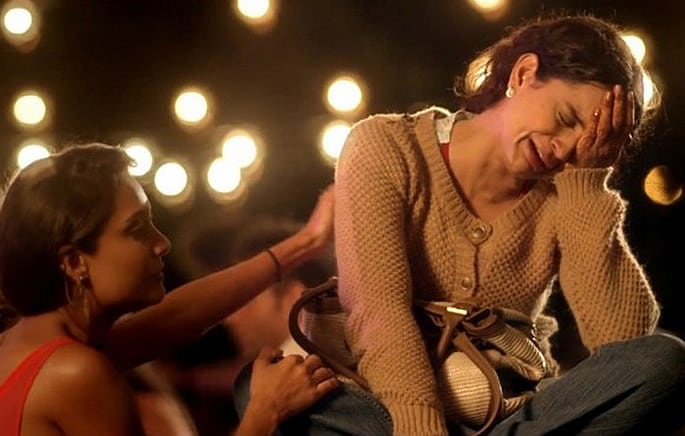 ‘Age is a number’ they say. But not when it comes to expectations to get married in South culture, especially for women!

Arranged marriages used to be matched up for girls leaving school at 16 at one time and education was not seen as ‘necessary’ for girls as it was for boys.

Younger brides are still viewed as being more beautiful and the strong belief that outward beauty tends to diminish with age for women, still holds.

Therefore, for South Asian women, marriage at a younger age was seen as the best way to find a ‘good and suitable’ husband with age on your side.

Of course, the easier option would be to get married when you are younger. But, most know that marriage is a chapter in your life which you do not want to rush into today. Especially, with divorce soaring hugely for British and South Asians.

Those without any significant life goals may get married as it is something to do and expected of them. But those looking for more out of life, will delay their marriage plans and therefore, get older too.

Factors such as freedom and careers as mentioned before may take priority.  But using them as excuses not to get married can be a challenge. More so, if those around you, such as close girlfriends are settled down.

And yes, you are constantly reminded by parents and family – “Look at her, she is married to a lovely husband and even has two children. What about you?”

South Asian women are being accused of being “too choosy and picky” by older generations. Looking for that “perfect guy” who does not exist.

Therefore, hiding behind your age is a difficult battle for many nowadays. Age can creep up on you pretty quickly. Especially, for women hitting mid-30’s and onwards.

So, those who have plans to make something of themselves in life can find themselves facing immense pressure as single and unmarried women. Compared to those who abided by the family!

Essentially marriage should be an individual’s choice for the British and South Asian women of today. It should be an option when and if the woman wants to get married, and not because they are pressured by others.

Members of the South Asian community and family can often fail to understand that marriage is not the only desire of women. Many other things in life are also important for them too.

As a result, it can be incredibly annoying when the question, “When are you getting married, beti?” is asked of you, again and again.

Nazhat is an ambitious 'Desi' woman with interests in news and lifestyle. As a writer with a determined journalistic flair, she firmly believes in the motto "an investment in knowledge pays the best interest," by Benjamin Franklin.
Multi-Millionaire Fugitive jailed for Over £53m Tax Fraud
Amir Khan found on ‘Dating App’ after alleged Cheating on Wife