Hussain Asad Chohan a multi-millionaire tax fugitive on the run was finally caught in Canada and jailed in the UK for his tax fraud of over £53 million.

"Running away from tax crime isn’t an option."

Hussain Asad Chohan one of the UK’s most wanted tax fugitives, from Birmingham, was caught in Canada and has been finally jailed after being on the run for 11 years for tax fraud.

Chohan owes the public purse more than £53 million in taxes and has been imprisoned for 12 years.

The fraudster, aged 49, had fled the UK when he was standing for trial at Birmingham Crown Court in a tobacco smuggling fraud case in 2006.

The tax evader dodged justice by fleeing to Lahore in Pakistan in 2006. Then while living in there he used a number of name aliases to avoid getting caught.

In his absence, he was convicted and sentenced to five years in prison for the smuggling crimes.

Chohan is thought to have used a number of aliases while he was on the run.

First living in Pakistan and then in the Jumeirah area of Dubai, before he settled in Ottawa, Canada with his family, after regularly travelling between Pakistan and Dubai from 2011 to 2013.

The suspicion is that Chohan started to lay down roots for his new life in Ottawa in 2010 by travelling between Dubai and Canada.

Chohan was using the false identity of ‘Muhammad Afzal Khan’ in Canada when he was tracked down by specialist officers from HM Revenue and Customs’ (HMRC) Offender Management and Enforcement Team. 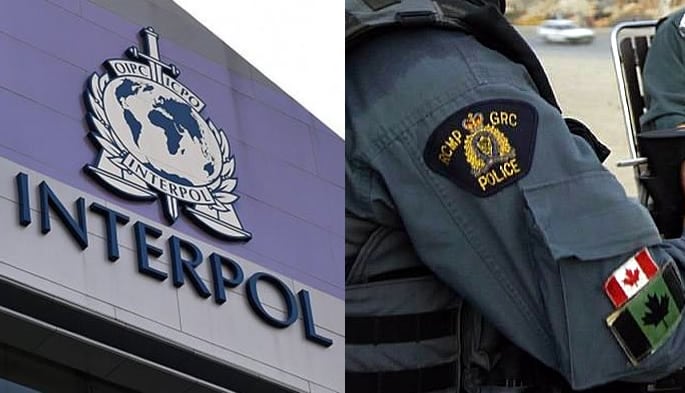 They were given assistance by the Royal Canadian Mounted Police (RCMP) and Interpol to catch and extradite the imposter.

A £185 million VAT fraud which involves setting up fake companies to reclaim VAT on the false importing and exporting of microchips and mobile phones is also linked to Chohan.

Three companies were set-up by Chohan to cover illegitimately and they turned over more than £185 million in just seven months.

Evidence for this tax fraud was presented to a confiscation hearing along with the tobacco smuggling charges against him in December 2006. He was ordered to repay £28.6 million within three months when the court ruled he was using crime to fund his lifestyle.

After the hearing, Revenue and Customs investigator Chris Ballard said:

“This was not some kind of advanced tax planning but organised fraud on a massive scale perpetrated by criminals bent on making fast and easy profits at the expense of the British taxpayer.”

Chohan did not pay the ordered amount. For not paying, Chohan will be serving an extra seven years in prison.

The debt for his tax fraud remains and is more than £24 million which has interest added. It increases by more than £6,000 per day until Chohan pays it off.

The director of the Fraud Investigation Service at HMRC, Simon York, said of the case:

“Chohan thought he could avoid prison by fleeing the country and ran away to set up a new life for himself.

“But he couldn’t run forever and his criminal past eventually caught up with him.

“Running away from tax crime isn’t an option.

“We will relentlessly pursue fugitives who, like Chohan, think they can avoid paying for their crime.”

“Our message is clear – nobody is beyond our reach.

“Tracking down fugitives like Chohan demonstrates how far HMRC’s work with law enforcement stretches across the globe. Chohan has been brought back to face justice thanks to the work done here in the UK and abroad particularly by the Canadian Mounties.”

Chohan was caught and arrested by RCMP in September 2016 at Toronto airport in Canada as he was on his way back from UAE. Since then he was then remanded at a correctional centre in Lindsay, Ontario in Canada before the tax fugitive was flown back to the UK

Hussain Asad Chohan accompanied by HMRC officers arrived back in the UK on June 1, 2018. He was then transferred to Birmingham Crown Court for the confirmation of his sentencing.

Nazhat is an ambitious 'Desi' woman with interests in news and lifestyle. As a writer with a determined journalistic flair, she firmly believes in the motto "an investment in knowledge pays the best interest," by Benjamin Franklin.
How to Boost Your Employability while at University
When are You Getting Married, Beti?