The London Indian Film Festival has returned with its fourth instalment, showcasing the best of Indian independent films in special screenings across the city.

"New Indian Cinema is exciting, adventurous and volatile like the country itself."

The London Indian Film Festival (LIFF), to be held between July 18-25, 2013, will see Europe’s largest Asian film festival return for a fourth time.

The festival brings the best of Indian Independent Films to British shores, with special screenings all across the capital city over eight glorious days.

LIFF has handpicked a mixture of ground-breaking unknown scripts and Bollywood blockbusters. The festival committee strives itself in sourcing some of the best screenplays and film-making talent from South Asia. All of these films challenge themselves and the audience and they display true creative talent that is rarely seen or recognised.

These films are expected to enlighten, shock and challenge the stereotypes of South Asian cinema and offer a more realistic insight into the tremendous talents that lie in the Indian subcontinent. 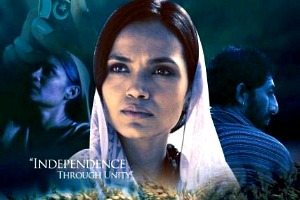 Monsoon Shootout which is directed by Amit Kumar will see its red carpet UK premiere on the opening night of LIFF. The film is an artistic Hindu noir crime thriller with bold cinematography and performances by Nawazuddin Siddiqui and Tannishtha Chatterjee.

Closing LIFF is the Bollywood centenarian film, Bombay Talkies which also graced Cannes with its impressive cast and directorship.

The movie, which has been critically acclaimed for its inspired take on Bollywood’s 100th year will expect to draw big crowds to its UK premiere on the last day of LIFF.

You can expect to see a number of A-list stars on the red carpet for both film premieres. Bombay Talkies is directed by Karan Johar, Dibakar Banerjee, Zoya Akhtar, and Anurag Kashyap who each present a short film; ‘Ajeeb Dastaan Hain Yeh’, ‘Star’, ‘Sheila Ki Jawaani’, and ‘Murabba’.

In addition to these two innovative pieces, a number of other inspiring South Asian films will see their British debut. The festival will also showcase a Gujrati and Pakistani film for the first time. 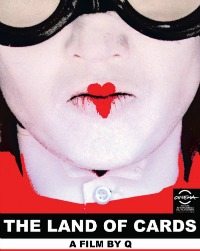 In addition, The Good Road (2013), directed by Gyan Correa and Lucia (2013) by Pawan Kumar, the first of Kannada cinema and set in Bangalore will also see their first international premieres.

Across London, LIFF will see its opening at Cineworld Haymarket in the West End. From there, it will move to BFI Southbank, Shaftesbury Avenue, Wood Green, Wandsworth, Staples Corner, and the O2 in Royal Greenwich, the Peckamplex and ICA near the Pall Mall.

The festival will also tour to Bradford (the National Media Museum) and Glasgow (the Glasgow Film Theatre) for the first time, and the diverse range of films span multiple languages, including Hindi, Gujarati, Punjabi, Kannada, Malayalam, Marathi and Urdu. 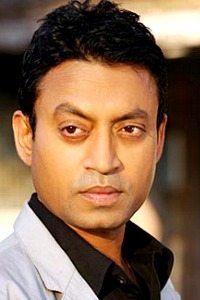 The special ‘In Conversation’ with Irrfan Khan is the centerpiece of LIFF and acknowledges Khan’s versatile acting abilities that perfectly suit the mantra of LIFF.

Khan truly has become one of the rare Indian actors to have conquered both Bollywood and Hollywood, and British cinema simultaneously.

In his much anticipated arrival to LIFF on July 20, he will be seen ‘In conversation’ with Asif Kapadia who is the award-winning British Indian director of Senna (2010).

“It’s great to be working on the zeitgeist of new Indian cinema and we aren’t just showing Indian films for Indian audiences, but kicking open the door to the rich diversity of independent cinema emerging across the Indian subcontinent today.

“It’s also exciting to see some of the best of the filmmakers we have helped champion, now starting to be recognised on the world stage, where they belong. We are very proud to be showcasing these new films here, first, in London.”

“We are delighted that the festival is growing from strength to strength. If you want to find out more about South Asian cinema come and soak yourself in a week of magnificent films in London, or catch the festival tour in Bradford and Glasgow,” Sawhney adds.

Film director Ketan Mehta adds: “In Indian cinema there is a world beyond Satyajit Ray and Bollywood. New Indian Cinema is exciting, adventurous and volatile like the country itself.”

At the end of the festival, the winner of the Satyajit Ray short film competition will also be announced at The Nehru Centre in Mayfair.

Aisha an English literature graduate, is a keen editorial writer. She adores reading, theatre, and anything arts related. She is a creative soul and is always reinventing herself. Her motto is: “Life is too short, so eat dessert first!”
Bollywood loses iconic villain Pran
D-Day the Ultimate Indian Crime Thriller