"It was a very difficult film. No one has ever attempted such a thriller action film."

D-Day is a 2013 Indian thriller, combining crime and espionage that crosses the Pak-Indo border. It has been co-produced by DAR motion pictures alongside Emmay Entertainment Private Limited.

The movie is the next directorial project from Nikhil Advani who has worked on big commercial films including Kal Ho Naa Ho (2003), Salaam-e-Ishq: A Tribute To Love (2007), Chandni Chowk To China (2009) and Patiala House (2011).

It stars a stellar cast, from the likes of Irrfan Khan, Shruti Haasan, Sandeep Kulkarni and Huma Qureshi in leading roles. Rishi Kapoor makes an impressive appearance as the villain, Goldman.

The story follows Wali Khan (played by Irrfan Khan) who was nine years ago sent to Pakistan by the Chief of R&AW (Research and Analysis Wing) in order to report any activities of the Most Wanted Man in India. 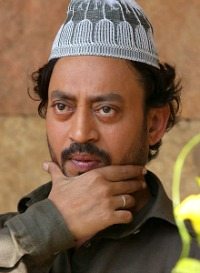 The film then flashbacks to nine days ago, where Rudra Pratap Singh (played by Arjun Rampal) of the Indian Armed Forces, MARCOS Unit (Marine Commando Force – elite special operations unit of the Indian Navy), is sent to join Wali.

He is joined by Zoya Rehman (played by Huma Qureshi) R&AW Explosives expert and Aslam (played by Akash Dhaiya) a small time thief from the streets of Mumbai.

They are all sent to ensure the mission is successful by bringing back India’s most wanted man! Everything seems to go to plan and the mission is almost in reach until something horrible goes wrong.

When asked about the film, Arjun was all praise for his director:

“It was a very difficult film. No one has ever attempted such a thriller action film. To bring out so many emotions beautifully was a task and Nikhil has done a wonderful job. He is the hero of the film,” said Rampal. 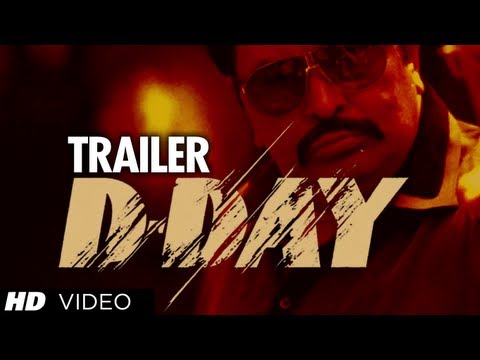 “I feel very proud after watching the movie. My decision to do it has been hundred per cent worth it. When Nikhil wanted to make this film, he wanted to present a different kind of thriller which has realism, commercial sense and an edge. I think we have achieved that,” Arjun adds.

Acting heavyweight, Irrfan Khan who has taken the global film industry by storm over the last few years, acting in both Hollywood and Bollywood said:

“When Nikhil (Advani) narrated the script, I could see possibility of D-Day coming close to the level of a Hollywood film – in terms of narrative, technical finesse and credibility. We make films on real life subjects and personalities, but we don’t really delve deep enough or explore it fully and in the correct manner.” 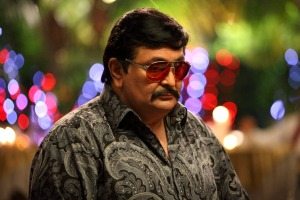 “Nikhil’s intention was to show the lives of R&AW agents at close quarters – how they operate and what they all face. The spy genre is liked by all. So I thought it would be an experience doing the film.”

“Plus, Nikhil managed to get on board popular stunt director Tom Struthers [The Dark Knight] and he trained us [Irrfan and Arjun] for a couple of weeks. D-Day has action sequences you will have never seen before in any Hindi film,” says Irrfan.

Acting legend, Rishi Kapoor has also blown off the socks of his peers with his villainous role:

“Rishi Kapoor is a phenomenal actor, he has brought realism to his character. His performance is worth watching. I have been fortunate to work with him,” Rampal said.

Nikhil Advani has no doubt been extremely excited about his film and the new doors that it has opened up for the Indian film industry: 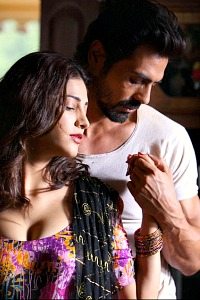 “I have been in the industry for 20 years and in the 20 years, everyday I used to think there will be a day when people will start understanding what we want to do, and the cinema will change.

“But we forgot that audiences have always accepted great and different films. The last two and a half years have only proved that.

“The kind of films that have been made only proves that every time you give something different to the audiences, they will accept it with open arms,” Nikhil says.

The music from the film is a twist of dark beats and up beat tempos. The music directors are Shankar, Ehsaan & Loy, a fantastic team.

The song ‘Duma Dum’ sung by Mika Singh is a super hit that will soon be blasting in cars all over London.

Some new talents are showcasing their musical attributes to this movie alongside the familiar faces. And it is not just us who think the music is great. Amitabh Bachchan tweeted: “Listen to ‘Alvida’ and ‘ek Ghadi’ from the film “D-Day” simply intoxicating !!” 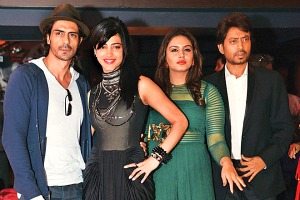 Hype around the film has been slowly building, and now some of the big B-town directors are paying homage to Nikhil’s incredible vision. Karan Johar tweeted:

“#DDay…Taut….Gripping and incredibly made….a strong emotional layer that gives it gravitas…performances are top notch! Well done @madhubhojwani and Monisha for your debut production and @nickadvani for all the work and passion you guys have put in!!!”

D-Day definitely is a film that will leave you hungry for more. You will love this movie if you enjoyed watching New York (2009), Shootout at Lokhandwala (2007), Shootout at Wadala (2013) and Gangs of Wasseypur (2012).

With an amazing cast under a genius director, D-Day is not a film you would want to miss. The film will be in cinemas from July 19, 2013.

Anisha has lived and breathed Bollywood since she was young! She loves everything Desi and would like to become an actress in the future. Her life motto is " Zindagi nahin milti hai baar baar, toh khul ke jio aur haso - umar beeth jaati hai..."
London Indian Film Festival 2013
D-Day ~ Review