DESIblitz handpicks seven British Asian authors in the crime and thriller genre, who inject a dose of diversity and originality into contemporary British literature.

"If I can write a novel that is entertaining but says something deeper, then I’ve done my job."

The UK publishing industry, like many other industries, suffers from a pervasive lack of diversity. When it comes to British Asian crime and thriller authors it becomes even more of a scarcity.

The fact that this lack of diversity is not always at the forefront of media discussion should not dwarf the scale of the issue and its damage to the future of British literature.

Why? Because their agents and publishers encourage them to conform to a ‘stereotypical view of their communities, addressing topics such as racism, colonialism or post-colonialism’.

Only 4% of BAME writers of 203 UK-based published novelists surveyed for this report, opt for the crime genre.

DESIblitz finds out more about these authors who go against the tide and promote a modern representation of British Asians. 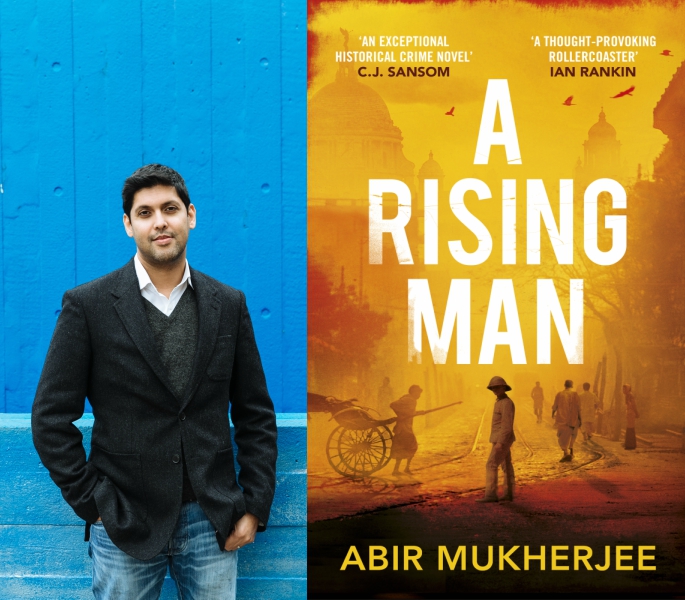 Abir Mukherjee is an inspiring example of ‘it is never too late to start your dream’.

He has been fascinated with crime fiction since he was 15 years old. At age 39, the accountant wrote the first chapter of a story and submitted it for a competition. Abir won the competition and his submission went on to become his critically-acclaimed debut, A Rising Man.

Raised in Glasgow and living in London, Abir visited Kolkata and interviewed his parents for his book. The result is a well-researched story that weaves the thrill of crime-solving into an exploration of identity.

Abir’s fascination with the history between Britain and India spawns a second novel titled A Necessary Evil. It reprises Captain Sam Wyndham and introduces Sergeant Banerjee in the historic city of Sambalpur. 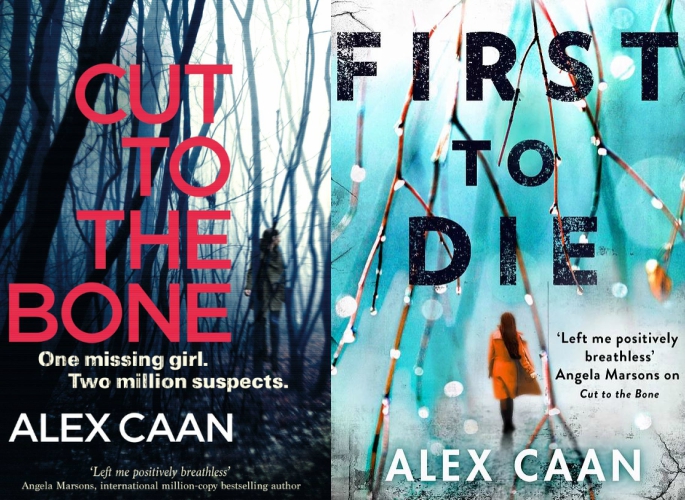 Manchester-born author Alex Caan tells us: “John Le Carre is for me the ultimate novelist, no matter the genre. He gets under the skin of the human condition while writing a page-turning plot. I am entertained, and also left with a lot of things to think about.”

His nod to the famed British author is transparent in his debut Cut To The Bone, which dives deep into the world of social media where disturbing trends are undeniably emerging.

It charts the disappearance of a young and popular YouTuber, while threatening to expose the dark side of social media through Sergeant Zain Harris and Inspector Kate Riley. Alex adds:

“I want to write intelligent, sexy thrillers that show just because I am Asian, I am not limited to write about certain things.

“I want my books to be exciting and to keep people guessing. But I also like to explore bigger themes about the world we live in, and use a massive canvas that doesn’t limit me in what I want to say.” 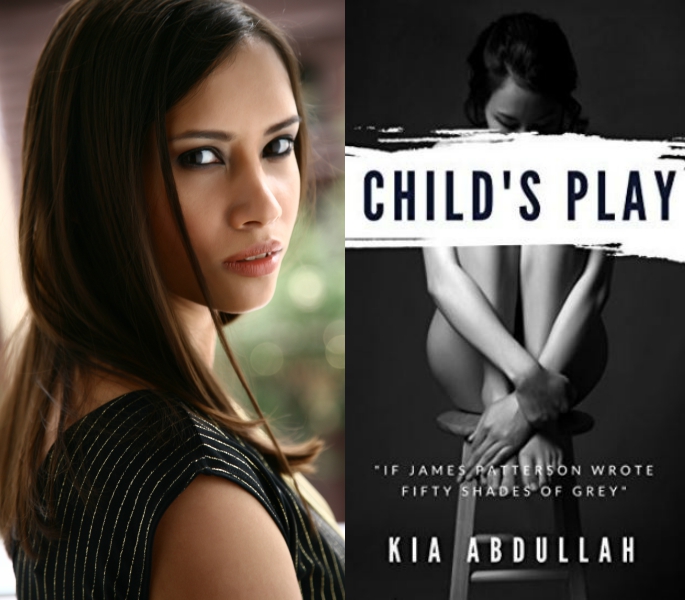 The British Bangladeshi’s debut novel is far from the crime thriller genre. Life, Love and Assimilation is a hard-hitting fiction about an Asian girl growing up in London.

But when Kia steps into the genre with her second novel Child’s Play, where she tackles paedophilia among a handful of complex issues, she does it with command and conviction.

She tells us: “Rather than police procedurals and whodunits, I like psychological thrillers that offer some wider commentary. Gone Girl by Gillian Flynn does this incredibly well. It is definitely one of my favourite thrillers of late.

“I want to explore contemporary social issues, but to do so through a compelling plot. There is no point being dogmatic with your message or making it the thing that readers notice most. If I can write a novel that is entertaining but says something deeper, then I’ve done my job.”

Kia, a London native with a background in IT, is also the founder and writer of travel website Atlas & Boots. 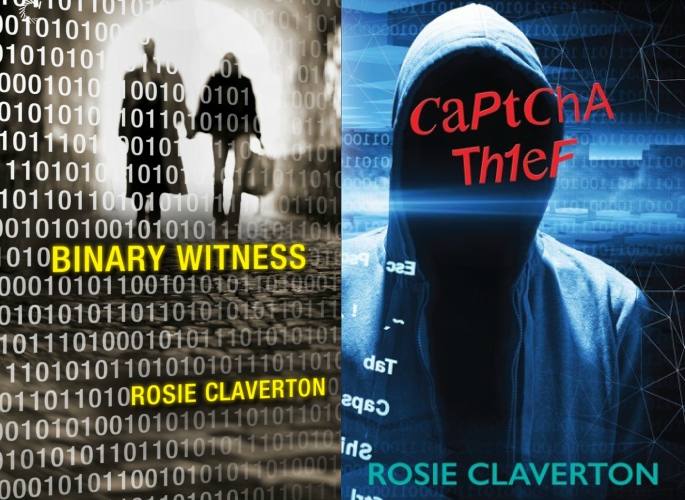 Rosie Claverton may have a challenging full time job as a psychiatrist, but that does not stop the British Sri Lankan from delving into her creative spirit and moonlighting as a novelist and screenwriter.

She has penned four books for her crime series The Amy Lane Mysteries. It follows an agoraphobic hacker Amy Lane and ex-con Jason Carr, who form an unlikely alliance to solve crimes in Cardiff. Her strong yet flawed characters work effectively to provide authenticity and suspense. 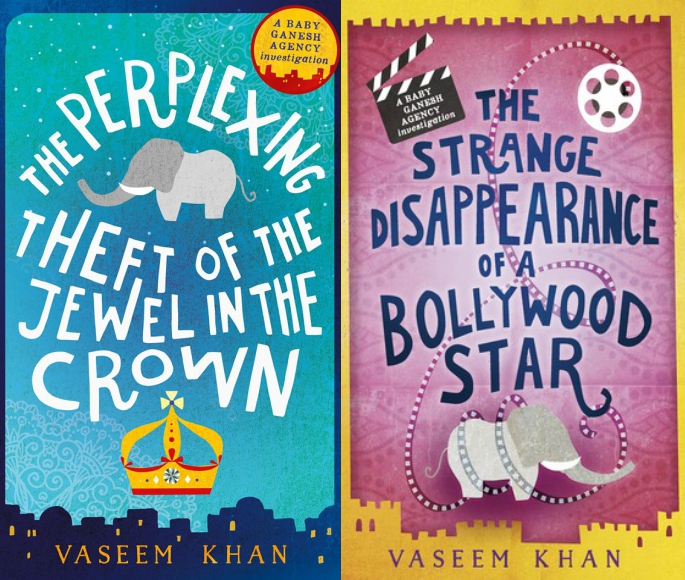 Born and raised in London, Vaseem Khan graduated from London School of Economics before spending the next ten years living and working in Mumbai. Upon returning to the UK, he joined the Department of Security and Crime Science at University College London.

He has written three books for the Baby Ganesh Detective Agency series. Inspector Ashwin Chopra and baby elephant Ganesha are the stars of this charming and intriguing series.

Vaseem continues to follow the duo in his upcoming book Murder at the Grand Raj Palace, with two more books in the pipeline. 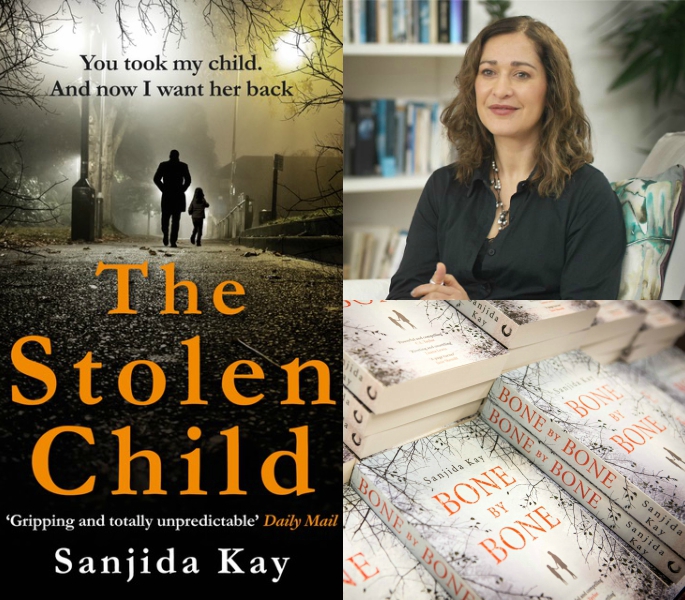 A passionate writer and zoologist, Sanjida Kay is the author of Bone By Bone – one of The Guardian’s best crime novels of 2016 – and its gripping follow-up The Stolen Child.

Her third psychological thriller is titled My Mother’s Secret and continues to address contemporary issues through beautiful story-telling.

“All of my books have another theme or leitmotif going on,” Sanjida explains. “Bone by Bone is about bullying, but there is also a fairytale story running through it. The Stolen Child is about child abduction, but is also a homage to my favourite book, Wuthering Heights.

“My Mother’s Secret secretly references The Golden Bowl by Henry James. Race is also addressed in my stories, but not as an issue as such. It is more as a statement of what I believe is happening in our society today.”

Her choice of location should be credited for bringing a sense of realism to her stories. A resident of Bristol, Sanjida borrows the city’s beautiful suburb for her debut. Her second and third novels feature West Yorkshire, where she grew up, and the Lake District, her favourite hiking spot. 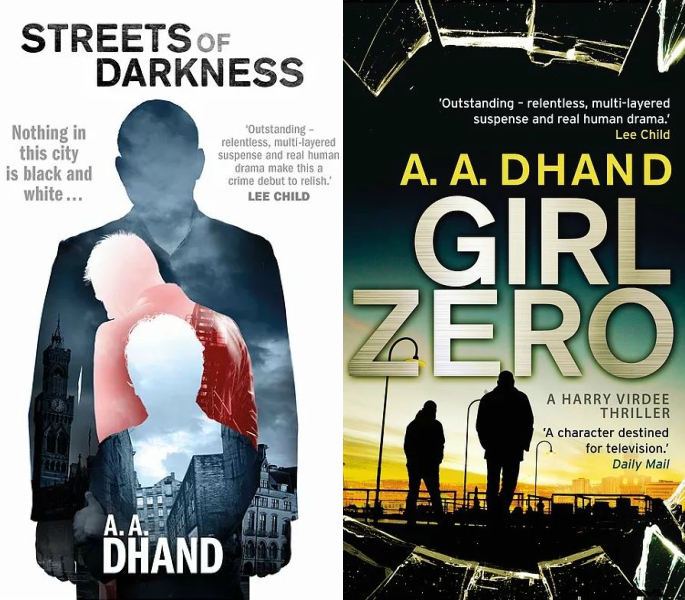 Speaking with DESIblitz, the Bradford native credits his favourite author, Tess Gerritsen, for inspiring him to pursue a double career.

“Tess is an American author of Chinese descent and also a doctor. She is the first global superstar I came across from an Asian background. The fact that she was a doctor made me realise, your profession does not limit you from following your dreams.”

The thriller genre has since become his vehicle to bring alive lead Asian characters who are ‘edgy, cool and never clichéd’.

Dhand adds: “The best feedback I have received is from young Asians who say ‘I never knew we could be cool until I came across Harry and Saima’. That is exactly what I wanted to achieve.”

By pursuing their passion for story-telling through literature, this group of incredible male and female British Asian writers have shown that there is a thirst for diverse stories that reflect the modern world and engage with the changing demographic of readers.

Literature, like many other creative platforms, is a free space for different ideas and voices to cultivate. It is only through inclusiveness and progressive change that it can remain truly relevant and valuable for future generations to come.