DESIblitz spoke exclusively with talented artists D-Boy and Des-C who are celebrating 10 years of their giant Desi fusion hit ‘Need A Hero’.

One of the most monumental Urban Desi tracks of the past decade, ‘Need A Hero’, celebrated its 10th anniversary in June 2021.

However, the inclusion of music producer D-Boy and singer Des-C on the remix catapulted the song into stardom.

Applauded for its fusion of R&B, Indian flute and Hindi lyrics, the song introduced fans to an innovative style when originally released on July 20, 2009.

D-Boy’s slick and pulsating production accompanied by Des-C’s sumptuous vocals give the track an energetic and modern South Asian flair.

The music video, which also released in July 2009, had big YouTube views. This was somewhat surprising, with the song not releasing on streaming platforms at the time.

However, media and entertainment company, Beatcircle, issued a remastered version of both the song and music video on June 25, 2021, leaving audiences ecstatic.

Older fans can now relive their teenage years whilst the song can continue to attract new and intrigued listeners.

DESIblitz exclusively caught up with Des-C and D-Boy to talk about the impact of ‘Need A Hero’ and the trajectory of their careers in the last ten years.

Des-C and the Development of his Career 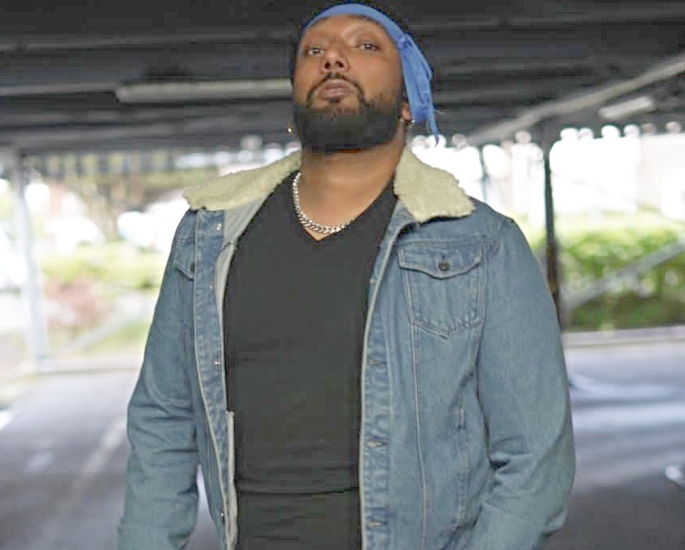 How does it feel celebrating 10-years of ‘Need a Hero’?

Oh man it feels absolutely awesome! It just feels like it was yesterday when we first made the song.

I still can’t believe that it’s been over 10 years, where has the time gone?

What does the song mean to you? Has that feeling changed?

For me, at the time the song didn’t really mean anything as I just wanted to complete the song as a remix thing.

“The concept spoke for itself. As it was a remix I did not expect it to be as big as it got.”

The final remix did better than the original! HA! The feeling for this song has definitely not changed at all.

How do you feel ‘Need a Hero’ impacted Desi fusion music?

I definitely feel as though it brought about a new era in music.

Even though we didn’t actually start it but we definitely were on track to perfect it.

How did the track impact your career? 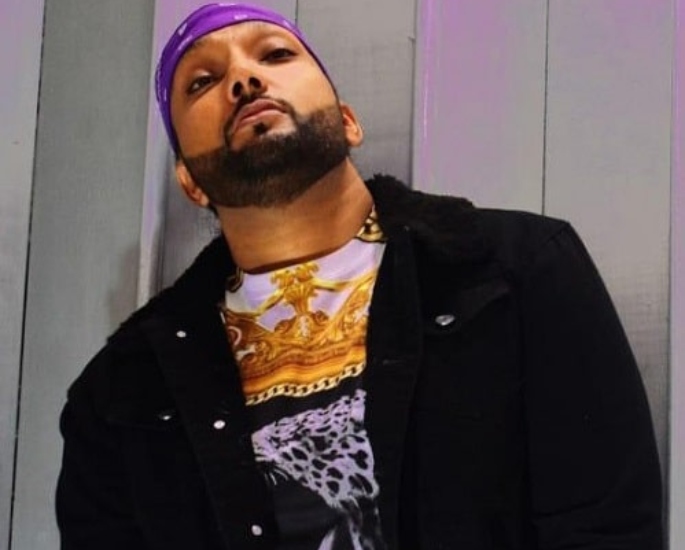 It gave me global recognition.

I can’t speak for D-Boy but it definitely put me on the map internationally with a fan base that I didn’t think I could ever get.

It has definitely opened doors for me in the Bollywood world, in terms of music directors and gave other music producers a better understanding of what I can bring creatively.

Are you embracing any new sounds in your music?

This is all to better myself and my art in this field of music.

“The sounds that I’m exploring now I definitely have kept away from within my career.”

I did touch upon this sound at the beginning of my career and most definitely at the time in my debut album First Flight.

I have always loved to experiment musically and I don’t think I will stop any time soon.

But get ready for another Des-C signature sound style album from me.

It was good, to say the least. This is because I have never released a single by myself.

This was my first tester release session with this project. Some mistakes were made, some obvious ones.

But this is all a learning curve. The response that I had during this particular project was phenomenal for what it was, so I can’t complain.

Are there any new avenues of music you want to explore? 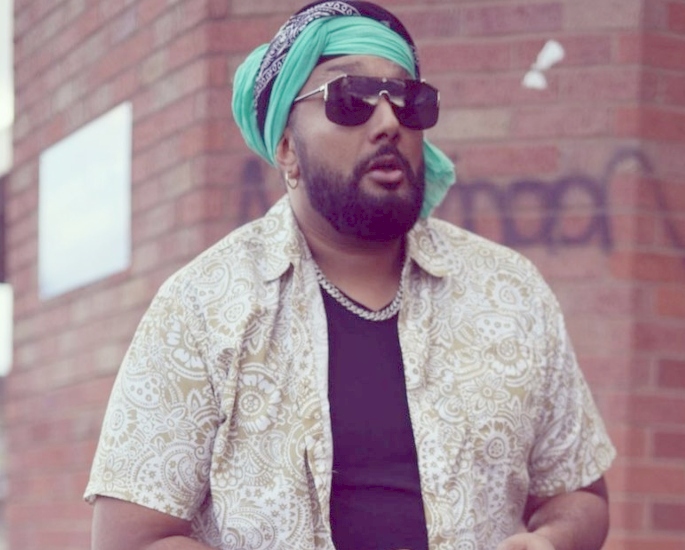 Collaborations! This is definitely on my agenda.

I 100% underestimated the importance of having a collaboration with various artists within the music game.

I have recently touched upon managing other artists, recording the artists and coaching artists as well as investing hugely in a record label/management company.

So, huge prospects to come.

What are your views on the British Asian music scene?

There is definitely a huge trend on rap fused and Desi Urban fused songs.

This is something that I touched upon during the early years of my musical career.

But I definitely feel the hardcore Desi tracks need to be re-instated back into the music scene again.

What are some of the challenges you face today?

Financial investment and balancing my professional life, which pays my bills to my passionate musical life, which keeps me ticking over.

But I don’t do music for making money anymore. I think that’s where I was wrong. I almost lost my hunger and passion for it.

“I fell in love with my passion for music again without having that agenda.”

Ironically it’s now actually taking me places where it didn’t before…That’s stranger no?

I guess P Diddy said it best to Biggie Smalls….’Chase the dream Big, don’t chase the paper, the paper will come.’

What future projects can we look forward to? 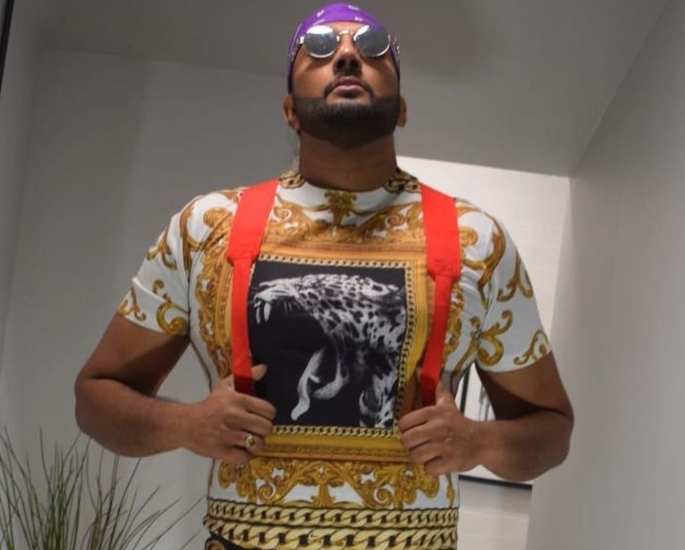 Oh boy, am I excited about this question. I really wanna spill the beans, I really do! But where’s the fun in that?

So here’s what I’m going to tell you, I’m glad to say I haven’t rinsed my vocals out to the masses.

As I haven’t released many music projects, I guess this is a good thing.

I’ve been told (don’t like blowing my own trumpet) my voice cannot be compared to any other Punjabi singer. My voice is different.

“I wasn’t too sure whether to take that as a compliment at first, or an insult.”

Most singers always get compared to someone who is already established or to someone deceased.

‘Oh wow this guy sounds like’ so-and-so or ‘he’s the younger version of’ so and so.

Expect a lot of my regularness from me, if there is such a word… consistently! That’s it.

D-Boy and his Stance on Music, Media and Radio 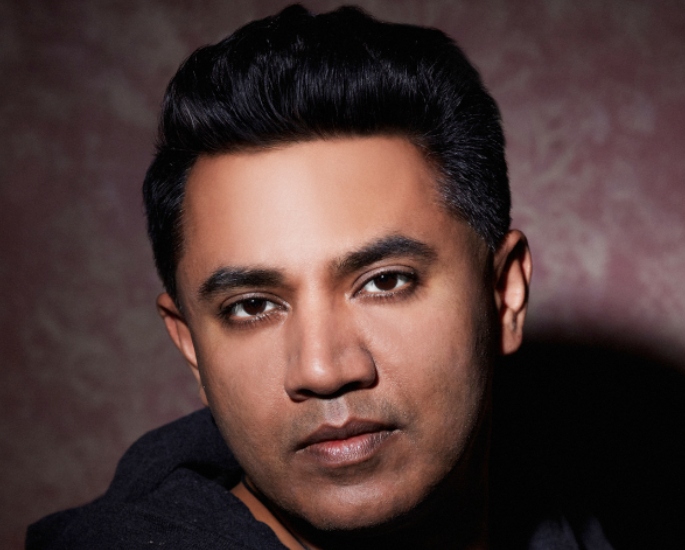 How did it feel seeing the reception to ‘Need a Hero’?

Ten years on, and it’s still an Urban Desi fav to many around the world.

What was the creative process behind ‘Need a Hero’?

K1, a dope UK music producer, was behind the original for label Music Kidz with Sef.

I was then approached to do a Desi remix. The remix eventually became a monster of its own, and the rest is history!

“It actually outlived the original mix.”

What did the track represent to you? 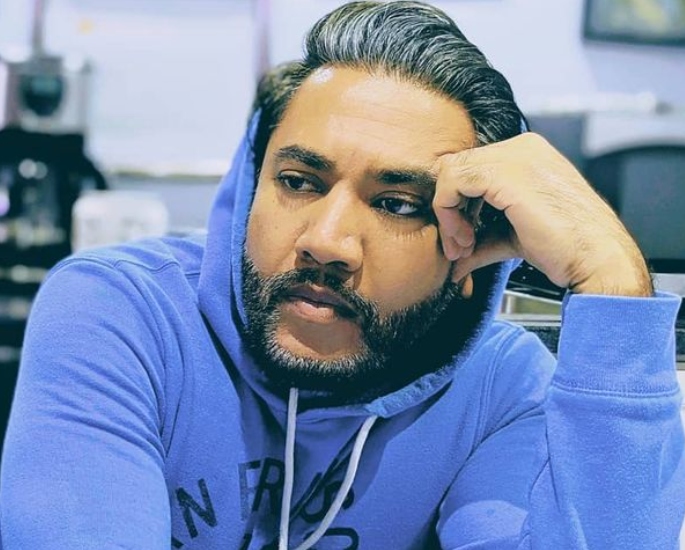 The ultimate fusion of R&B, Hindi and Hip-Hop.

We were way ahead of the fusion normality of today. With respect to Bally Sagoo and Rishi Rich as well, they are the OG’s for this.

What does it feel like for ‘Need a Hero’ to finally be on streaming platforms?

I’m happy because fans can finally stream the track everywhere.

It took a while to process because we have all been so caught up with real-life stuff and other projects, but this had to be done.

“I’ve been sent so many pics of people finally spinning the song in their cars, it’s amazing!”

Shout out to PR agency Media Hive for pushing this forward too.

How has your sound developed since then?

It’s strange because a lot of what I do is always based on energy.

I’m still very much R&B and love my Hindi/Punjabi vibes too.

And a lot of what I produce does not always resonate with artists that are constantly looking at the ‘now’ rather than ‘what can be’.

We definitely need more leaders within Urban Desi music. Playing it safe does not always cut it, neither is it inspirational.

Have any new artists influenced you? 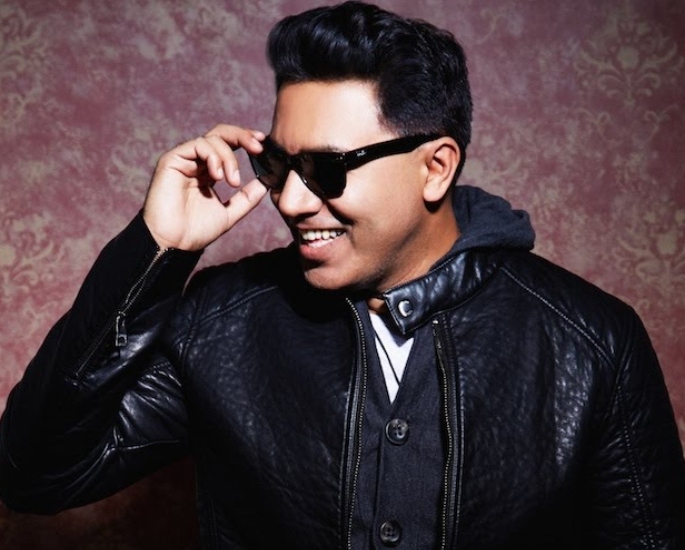 Too many to mention! I am proud to say there are a few making waves.

I always dig what Jasmine Sandlas puts out, and there is a new-gen of South Asian artists who are just being themselves, which is dope, like Koomz.

“My advice would always be to create something unique to who they are.”

To be honest, I’m not a fan of how clicky and unsupportive people can get, it’s not progressive.

Massive shout to Steel Banglez too. He always makes me smile man.

How was it working on ‘Indian Matchmaking’?

Dope, shout out to Sammy Chand and Raoul Juneja. They are really pushing South Asian music and culture forward.

Rukus Avenue Music Group totally lined that project up for me, and it was so much fun hearing my music on the show and seeing my name in the Netflix creds.

Do you have any more ambitions to do music for TV?

I’m slowly ticking off my bucket list, and my bucket is huge, lol.

I am finally starting the process for my first TV series, based on prison and food. It’s actually an amazing story.

That’s more film/TV writing-based. I am also a published music writer for TV shows, which is continuous.

“I just don’t sing and dance about it every day.”

What type of music do you showcase on Rukus Avenue Radio? 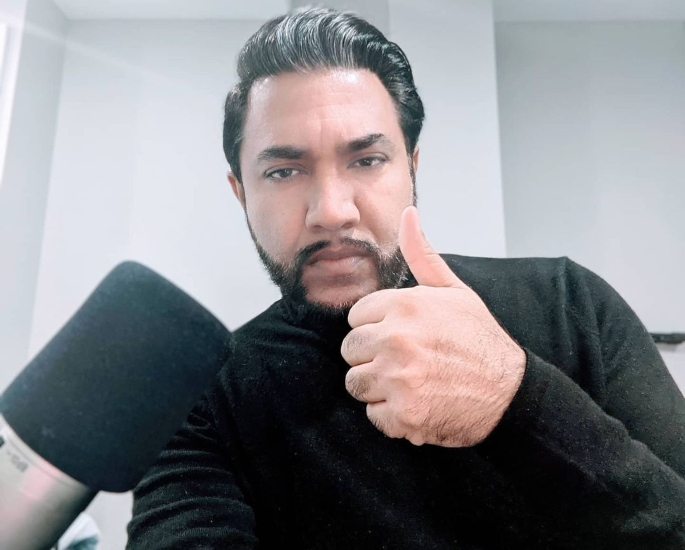 Mainly South Asian, I love to play and support artists that need that coverage.

Now that I’m more based in North America, I want to push more music out here but with a collaborative ideology.

I still find ego and pride destroy a lot of potential talent here in North America. We need to celebrate culture together.

What kind of projects can we expect in the future?

We have almost completed a pure R&B project for singer Vaz (you may have heard him on ‘Honest’ which was released on Sony Music, India).

He is simply doing Vaz, hardly anything Desi, just what is in his heart but the music is mad soulful.

“He is pushing ideas so future-proof, definitely going to change it up.”

Keep your ears peeled on beatcircle.com

Already sitting at over 1200 streams on Spotify, ‘Need A Hero’ is undoubtedly one of the most impactful Desi fusion songs to come out of the UK.

The song was also modified into multiple house remixes, emphasising the global outreach of the smash hit.

The musicality, lyrics and creativity behind the song have transcended the careers of all the musicians involved, and rightly so.

Sef has also released the album I Dare You in January 2021, which includes the impressive R&B anthem ‘Tonight’ with American superstar Robin Thicke.

Des-C has kept discreet about his future music.

However, the success of his multiple 2020 releases solidifies how triumphant 2021 will be for the multilingual singer/songwriter.

The talented D-Boy has gone on to collaborate with incredible UK musicians such as Estelle and Wretch 32, whilst also progressing in numerous aspects of the entertainment industry.

The towering success of ‘Need A Hero’ personifies the unforgettable talent of Sef, Des-C and D-Boy and how one track can influence a cascade of accomplishments.

Listen to the incredible track here.