The annual British Asian Sports Awards are in their 10th year and the judges after much deliberation have come-up with the shortlist of this years nominees. A variety of sports are included in the list from karate to football with 21 individuals hoping to pick up a trophy.

"It feels great to be back on the list"

The shortlist for the 10th British Asian Sports Awards (BASA) has been announced with the final 21 contenders hoping to win a prestigious award at the awards ceremony to be held at The Grosvenor House Hotel, Park Lane, London, on Saturday 5th March 2011.

There are eight award categories and each category has three nominees. These nominees will be seeing their contributions to sport revealed to the audience at presentations on the glitzy glamour night of the BASA’s in London.

The top award for the night as in award ceremonies of this ilk, is the British Asian Sports Personality of the Year. This year the nominees are Cardiff City footballer, Michael Chopra, Formula Renault racer Luciano Bacheta, and the youngest ever World Pool Masters Champion, Raj Hundal, who last year won the Most Up and Coming Sports Personality of the Year at the BASA’s. 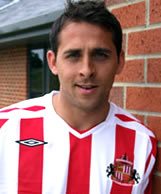 Michael Chopra’s reaction to be included in the shortlist for the top award was full of enthusiasm: he said: “I remember being nominated for Junior Sports Personality of the Year in the very first year the awards took place back in 2001. Unfortunately, I missed out on the award at the time but ten years on, I’m still following my football dream at Cardiff and hope to step up to the International stage by representing the India National Team. It feels great to be back on the list and this time as a contender for the British Asian Sports Personality of the Year and with a bit of luck and support, I might just win this time round!”

Sports people with disabilities are some of the most courageous and determined people in life and the BASA’s don’t ignore this amazing feat by such individuals. Rikin Shah, who is currently the highest qualified wheelchair bound football coach in the country with a UEFA B Football licence, features in the BASA’s this year, along with wheelchair rugby player Mandip Sehmi, who represented Britain at the Paralympics in Beijing in 2008 and is hoping to do the same at the London 2012 Paralympics.

“What a fantastic to way to start a new decade of British Asian sporting talent! 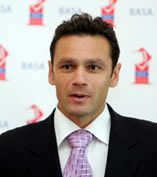 He added: “This shortlist is one of the strongest I’ve seen in my all my years as a BASA judge. It’s clear to see that British Asians will be an integral part of sport in the UK. We have current stars such as Amir Khan, Rajiv Ouseph and Isa Gua – I have every belief that the sports stars on the BASA shortlist will be among the Olympians & Paralympians, and professional sports people of the future. Here’s to another decade of Asians breaking down barriers, being at the forefront of sport, and going on to becoming word-class representatives in their chosen sporting fields.”

Other names selected by the judges to appear in the shortlist include, the youngest Kickboxing World Champion in England, Maaz Bin Saud (10); the first British Asian female hockey player to represent the country, Ashpal Kaur Bhogal (16); the youngest Asian golfer to represent England in U16 squad, Pavan Sagoo (15) and UK’s number one Karate champion for her age group, Nur-Jehan Shaikh (16).

An increased presence of Brit-Asian’s in professional football is also represented at the 10th BASA’s. Two coaches and five players have made the nominations, including, Danny Bath who is a young player at the Premier League side Wolverhampton Wanderers; Raajan Singh Gill from Championship club Leicester City; Krishnan Patel from League Two side Bury FC; A’ameer Kstantin Murphy winner of Chelsea’s Asian Soccer Star 2009 and Leyton Orient’s youth team player, and Baljinder Singh Lehal, the only Asian Football Coach in UK to hold the Brazilian Pro License.

Here is the shortlist for the 10th British Asian Sports Awards for 2011:

Public voting for the BASA’s will start in the first week of February 2011 to choose the winners for each category. To cast their vote, members of the public must pick up the phone or text the finalists’ dedicated number, which can be found at BASA’s website: www.basauk.tv. So, don’t forget to vote for your British Asian Sports personality to give further encouragement for the hard work and efforts everyone one of them put into their sport.

Baldev enjoys sports, reading and meeting people of interest. In between his social life he loves to write. He quotes Groucho Marx - "The two most engaging powers of an author are to make new things familiar, and familiar things new."
Samit Patel too fat for England team
Pakistani Cricketers found Guilty