Three cricketers from the Pakistani national team were caught up in match fixing and spot-fixing allegations in August 2010. The International Cricket Council have found them guilty and imposed bans on them. But they face further criminal charges in the UK.

Pakistani cricketers, Salman Butt, Mohammad Asif and Mohammad Aamer have been found guilty of their involvement in the illegal match fixing syndicate along with their agent, Mazhar Majeed. An International Cricket Council (ICC) tribunal at the Qatar Financial Centre in Doha decided the fate of the three players.

After the hearings and deliberations of the case by a three man panel, the verdict was announced by the ICC’s Anti Corruption Tribunal Chairman, Michael Beloff QC. Reading the verdict for Salman Butt he said: ” We the tribunal impose the following sanctions. On Mr Butt, a sanction of 10 years ineligibility, five years of which are suspended on condition he commits no further breach of the code and that he participates under the auspices of the Pakistan Cricket Board in a programme of anti-corruption education.”

Fast bowler Mohammad Asif got a ban for seven years and Mohammad Aamer was banned for five years. Many were hoping the three would get lifetime bans for bringing the game of Pakistani cricket into such disrepute. 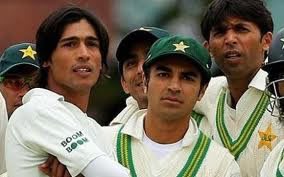 Half of Butt’s sentence is suspended, meaning the 26-year-old could potentially make a comeback in his early 30’s. Asif, already 28, has effectively had his career ended. The 18-year-old fast bowler Aamer could still play if he can outlive the shame of the scandal against him.

All three players were disappointed with the decision. The youngest of the three, Mohammad Aamer has instructed his lawyers to appeal against the decision at the Court of Arbitration for Sport.

Moin Khan, the former captain of Pakistan reacted to the news said: “I don’t see Butt and Asif playing cricket again. But they should appeal against the verdict. Aamer is quite young and can return to international cricket after five years.”

However, the future of these players is not just resolved by the ICC hearing. In addition to the ICC verdict, the UK’s Crown Prosecution Service (CPS) has accused all the men for their role in the spot-fixing racket that blew up during Pakistan’s tour of England in August 2010. They are to appear in a City of Westminster Magistrates Court, where they will be fully charged with with conspiracy to obtain and accept corrupt payments, and with conspiracy to cheat.

Simon Clements, Head of the Special Crime Unit for the CPS said:

“These charges relate to allegations that Mr Majeed accepted money from a third party to arrange for the players to bowl ‘no balls’ on 26 and 27 August 2010, during Pakistan’s fourth test at Lord’s Cricket Ground in London.” 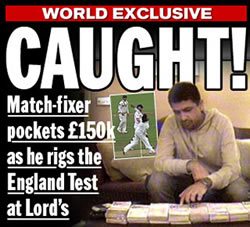 If found guilty of the charges, they face a maximum jail term of seven years, which highlights the seriousness of the case against them.

The spot fixing scandal was revealed by the UK’s Sunday newspaper, the News of the World, after an under-cover reporter from the paper posed as a member of a betting syndicate in need of a fix to the game between England and Pakistan in exchange for cash.

The corruption was brought to light by claims Majeed took an unlawful payment of £50,000 from an undercover reporter to set up a match-fixing deal around the August 2010 when the matches were being played.

The ICC stated that Salman Butt had failed to report an approach by Majeed asking him to bat out a maiden over during a Test match. implying that such a move could easily be exploited by gamblers placing in-game bets. 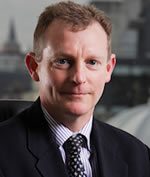 In September 2010, after the allegations were made, the three cricketers agreed to return to the United Kingdom to face charges if need be. However, Simon Clements stressed that if they refused to appear on March 17th 2011 for their first CPS hearing, “their extradition will be sought should they fail to return.”

Clements revealed the CPS had been working closely with the Metropolitan Police Service since the spot-fixing allegations became public on 29 August 2010, and that they had ‘sufficient evidence’ against the accused. He said: “We received a full file of evidence on 7 December 2010 and we are satisfied there is sufficient evidence for a realistic prospect of conviction and it is in the public interest to prosecute.”

So, the saga is not fully concluded of this sorry tale of these three players tarnishing Pakistani cricket. As a PCB official said, “It is a very sad time for Pakistani Cricket,” indeed it is, but it could get worse for these players.

Baldev enjoys sports, reading and meeting people of interest. In between his social life he loves to write. He quotes Groucho Marx - "The two most engaging powers of an author are to make new things familiar, and familiar things new."
10th BASA Shortlist for 2011
2011 ICC Cricket World Cup