Positioned as a taboo, menopause can often be forgotten. DESIblitz investigates the consequences, examining menopause myths and realities.

"No one mentioned menopause.”

Menopause is a natural biological part of the lifecycle. Yet menopause myths and realities are not clearly distinguished.

It is estimated that globally 1 billion individuals will be in menopause by 2025.

However, within homes schools and families, it is often not discussed.

Menstruation is at least somewhat talked about, with sanitary products being advertised.

Menstruation is an issue that gains political and social attention.

In contrast, menopause is pushed to the shadows – unnamed and feared.

British Pakistani, Sonia Begum, a 30-year-old single mother from Birmingham recalls a conversation she had heard:

“When I was way younger, I remember someone saying how once I had kids, and the period was over, I’d have no worries.

“No one mentioned menopause.”

Sonia goes on to talk about what to expect from menopause:

“Only now talking to people who are going through it, it’s obvious period ending is potentially not the end of the hell women have to go through.”

The lack of conversations means the myths and realities of menopause are hard to separate.

The other key point is that ethnic women are not represented in images on posters, which highlight issues around menopause.

For example, in posters in the UK, South Asian and Black women are often absent.

Narratives and representations need to be more diverse.

This has led to the emergence of platforms like GEN M. It offers support and advice to women from all ethnic groups. 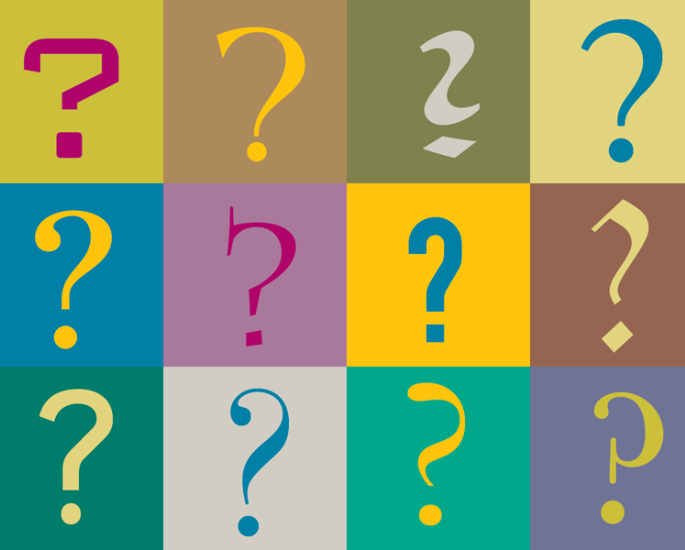 There can be many misconceptions about what menopause involves.

Menopause can be considered an important stage in a female’s biological lifecycle. Stages exist before and after it.

Stage one is pre-menopause, which is where the female body has not begun menopause.

Stage two is perimenopause where the female body slowly begins to reduce its estrogen production.

This can occur in one year or gradually over several years.

During perimenopause, menopause symptoms such as hot flashes may start.

At this point, a woman continues t have her periods and is still capable of becoming pregnant.

This leads to the third stage, which is menopause. Here the female body stops producing estrogen.

In the third stage, the female body will also go without a menstrual cycle for 12 consecutive months.

Once this happens women are post-menopause.

The stages seem clear cut, but the perimenopause stage is largely unknown.

“I always thought that periods just stop. Mood swings and hot flushes happen, and that was the menopause.

“That peri thing I had no clue happened. At least not until my cousin started going through it.

“The doctor told her it’s not straight move from period to nothing because of menopause.”

“We’re close, so I heard it all from her. Otherwise, I’d know nothing.”

Greater conversations need to be had for people to understand menopause better.

In turn, whilst menopause occurs naturally as part of a woman’s life course, it can also be triggered by having a hysterectomy.

A lack of discussion has led to menopause myths and realities being tangled together, especially for South Asian women.

Untangling menopause myths and realities are important. It is a step towards decreasing the dread often attached to it.

Dr Shabnam Afridi, who is based in Pakistan, stresses that women understanding what menopause involves can help them:

“If women are made aware of what happens during menopause, they can help reduce the negative effects it can have on their health and family life.”

Since the menopause experience varies, it can be difficult to know if it will take place or has done so.

Hence, it can be hard for a person to know if they have entered the menopause phase.

One myth is that menopause occurs for all women during their 50s. This is certainly not the case.

The NHS maintains that the average age to reach menopause is 51 in the UK.

Having said that, research makes it clear menopause can occur well before 51 and much later.

POI is not well known amongst the South Asian community.

There are cases of menopause occurring in people during their 20s and 30s. The youngest reported age is twelve.

The premature menopause charity, The Daisy Network state POI can be a particularly scary experience.

Many like Sonia Begum believe that menopause means the end of periods.

Whilst this is true, the problematic aspect is the lack of awareness of the perimenopause stage.

A woman is not officially in menopause until she has gone 12 consecutive months without a period.

If a woman does not have a period for nine months and has one in the tenth month, she is still in perimenopause. This means the clock resets.

Therefore, until a woman has officially hit menopause, she can still get pregnant.

Myth 4: Every woman has hot flashes 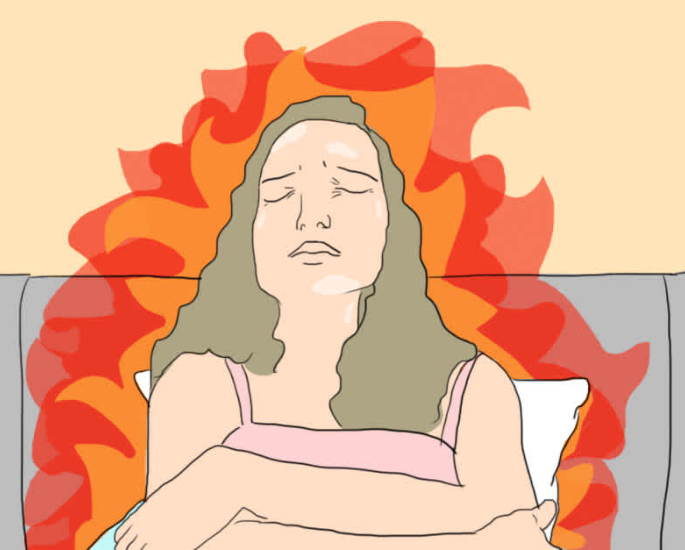 The menopause experience is different for each person. Whilst hot flashes are a symptom, not all experience it.

For some, hot flushes can be debilitating. Yet for others, they are a minor nuisance.

For 53-year-old, Birmingham based housewife Farzana Khan, they are unpleasant:

“My sister had none, me when the hot flashes come, it’s painful. I need a fan and cups and cups of ice-cold water.

“Others have it worse and look as if they just showered.”

More discussion of the variability in symptoms and experiences needs to occur.

Myth 5: Once menopause hits it is goodbye to sex life 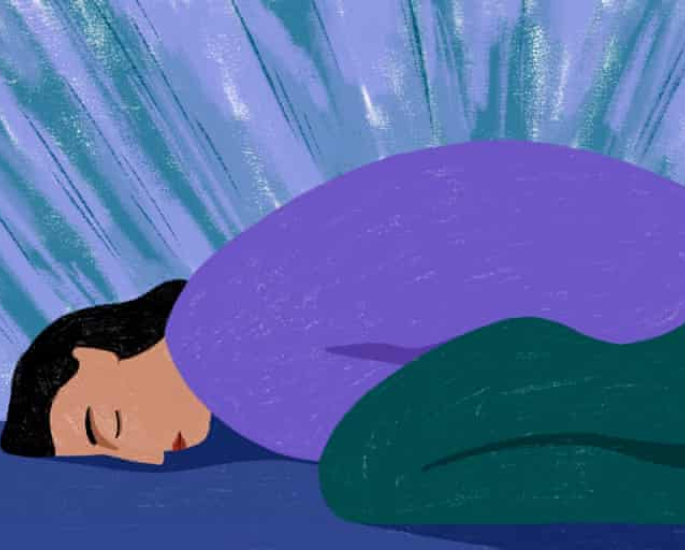 When experiencing menopause, changes in hormones can affect a woman’s libido.

However, experiencing menopause does not necessarily mean an end to good sex life or loss of interest in sex.

Menopause can in fact be liberating for a woman.

Some women can experience an increase in libido, while others may suffer a decline.

A problem is the discomfort society often feels thinking about sex post-menopause.

Such discomfort leads to a lack of discussion and thus knowledge.

Another issue is that South Asian women’s enjoyment of sex remains taboo.

This means there is a gap in research, in understanding South Asian women’s experiences of sex. This is before, during and after menopause. 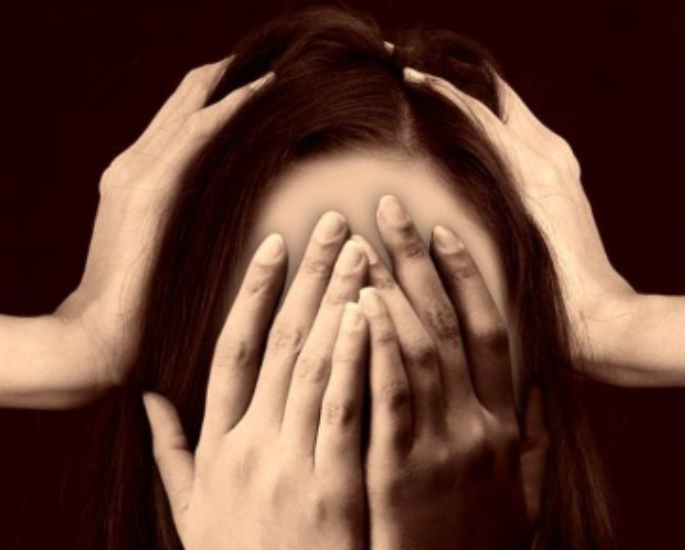 Both within and outside South Asian homes, menopause remains a subject that causes discomfort.

Menopause is also rarely talked about. It is vital that experiences need to be heard and shared far more.

Furthermore, both men and women need to be part of conversations and knowledge exchange.

Although shifts have occurred in how much it is talked about, menopause remains a largely taboo subject.

When asked how much she knew about menopause, 22-year-old undergraduate student and British Pakistani Ruby Akthar from Birmingham states:

” I knew nothing till ammi (mum) started it… menopause ain’t talked about by my relatives.”

“My maasi (maternal aunt), Chachi (paternal aunt) and the rest always talk about periods and pregnancy. Nothing when it’s menopause.”

The blurring of lines between myths and realities is also facilitated by the discomfort that exists in asking professionals questions about menopause.

Ruby mentions that her mother who is in her late 50s refuses to ask questions:

“Even now I google stuff for Ammi as she hates speaking to docs [doctors].

“Plus, she doesn’t think she should complain about the symptoms that s**k for her.”

However, what can be forgotten is that not all the information online is reliable.

Much of what happens biologically to the body is positioned as problematic and is concealed. This often occurs for South Asian women.

Often when conversations about menopause occur, images of varying levels of discomfort, pain and embarrassment are created and reinforced.

Yet this is not the reality for all women.

Menopause myths and realities will remain tangled until narratives change and are discussed more openly.

The lack of distinction between myths and realities can result in South Asian women’s experiences being shaped by poor knowledge.

The absence of a clear understanding of what menopause myths and realities are can facilitate a sense of isolation, fear, and uncertainty, as women live through this life stage.

Somia is completing her thesis exploring racialised beauty and shadeism. She enjoys exploring controversial topics. Her motto is: "It's better to regret what you have done than what you haven't."

*Names have been changed for anonymity. Information provided by NHS, GEN M and The Daisy Network.

Can a Feminist Desi Woman have an Arranged Marriage?
The Criminals & Victims of Pakistan’s Begging Mafia