Menstruation Myths to break down in South Asia

Menstruation has always been a taboo topic surrounded by myths and beliefs in South Asia, making women uncomfortable to openly talk about it.

Sexuality and menstruation have always been two taboo topics in South Asian households. Only recently, awareness campaigns have started to change this culture of silence.

According to a study titled ‘How effective is the Menstrual Hygiene Scheme?’ published in the International Journal of Community Medicine and Public Health (IJCMPH), menstrual hygiene is of great concern among rural women in India.

The use of sanitary pads among Indian women ranges between 10-11%, whilst in developed countries like the USA, it is 73%-90%.

Accessing sanitary pads for women living in big cities is not difficult. But what about rural women?

Women in rural parts of India, still use a cloth as an absorbent during menstruation.

“Women in rural areas resort to using ashes and leaves to soak up menstrual blood.

“Practices such as sending the girl outside the house, not allowing her to take a bath during that period and not letting her touch other family members are rampant.

“Our culture does not allow women to talk about it and gives out the signal that a natural bodily function is something to be ashamed of.”

Rudimental practices during menstruation can cause several health problems as well.

“It does not help that we still do not have sex education as part of the school syllabus.

“Both boys and girls need to made aware of safe reproductive and sexual health practices.

“Through our organisation, we educate children in rural areas about these issues.

“We conduct awareness programmes on menstruation for girls between 10-14 years of age; about sexuality, contraception and safe sex for adolescents between 14-18 years.” 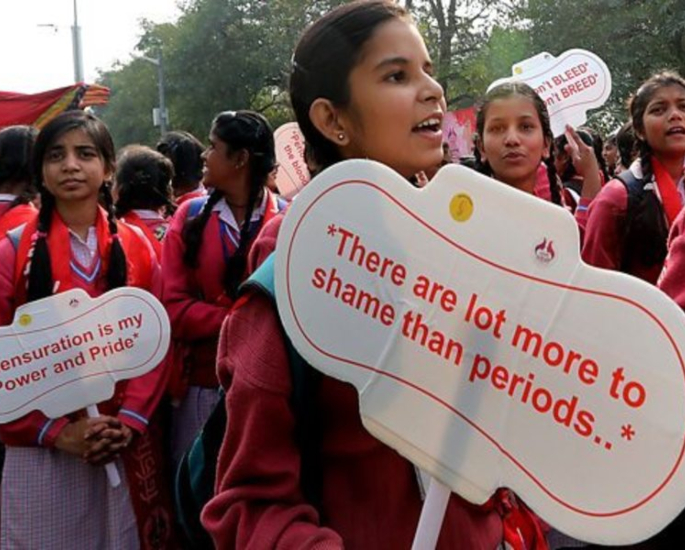 India is a country where myths and beliefs play a huge importance in people’s lives, and when it comes to menstruation, women are always pushed around.

On this matter, the IJPMCH study states:

“The cultural belief is that a sanitary napkin is an object for evil eye or magic spell that can be used on others.

“There is a common belief that stepping on a menstrual napkin is very harmful.”

Dr Jayashree Reddy, a gynaecologist at Apollo Cradle & Children’s Hospital, explained when girls get their first period, by saying:

“Most girls get their first period when they are around 12, but some get it between age 10 and 15 too.

“Every girl’s body has its own schedule. There isn’t one right age for a girl to get her period.

“But there are some clues that it will start soon: most of the time, a girl gets her period about two years after her breasts start to develop.

“Another sign is a mucus-like vaginal discharge that a girl might see or feel on her underwear.

“This discharge usually begins about six months to a year before a girl gets her first period.”

When asked if a girl can get pregnant as soon as her period starts, Dr Jayashree added:

“Yes. A girl can even get pregnant right before her very first period.

“This is because a girl’s hormones might already be active. The hormones may have led to ovulation and the building of the uterine wall.

“If a girl has sexual intercourse, she can get pregnant even though she has never had a period.”

Menstruation is so taboo that even sanitary pad advertisements avoid depicting reality.

They do not focus on women’s needs and never directly refer to periods.

Instead, ads tend to use euphemisms such as un dino (those days) or mushkil din (difficult days).

There are around five basic problems in Indian pad advertisements.

The use of Blue

Commercials use the colour blue instead of red to represent menstrual blood. Why? Because they want to avoid any discomfort viewers might face looking at the red colour.

RIO pads by Nobel Hygiene made the first commercial in India showing red blood in an ad, with Bollywood actress Radhika Apte endorsing the brand. 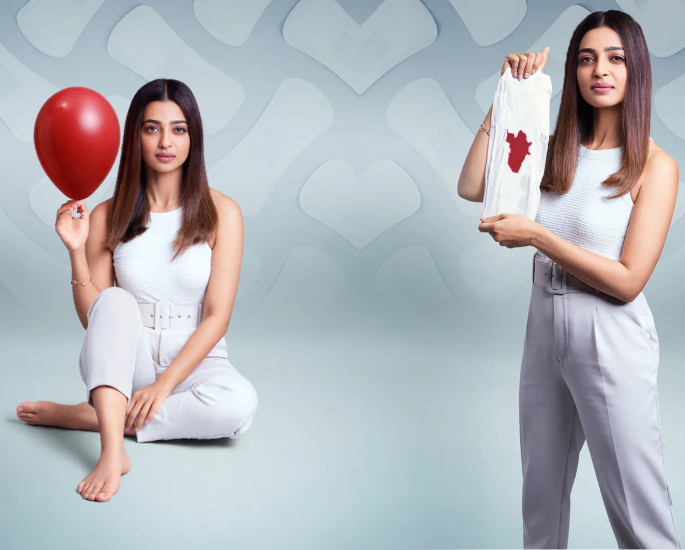 “Our creative agency spent hundreds of hours trying to crack the right articulation and metaphor.”

“After all the research and verbatims and consumer angst, there was no way that we were going to shy away from the truth.

“We set out to create an honest, working solution for heavy flow, and our communication had to be honest as well.”

However, not everyone was pleased with this choice.

Johari revealed: “There are channels who still deny us a prime-time slot, more complaints to ASCI are coming in and consumers who still belittle us for being opportunistic or crass.

“None of those are true obviously, and we are committed to educating the populace about the need for an open dialogue.

“Not just that, the team still gets hate messages and from women, no less.

“They feel menses is too intimate a topic to discuss in front of their families, especially elder males of the house.”

“There are years of conditioned behaviour to fight.

“Concerns relating to how to explain menses to children is one repeated concern that viewers have pointed out.

“The problem is much more complex than we give it credit for; and spans across history, psychology, mythology, biology and entrenched gender roles.”

Commercials show that you can wear white clothes and sleep in white bedsheets without getting anything stained.

Every woman knows that not even a pad can stop them from getting stained.

The problem lies in the commercial’s approach.

The right approach should be to promote menstrual health and not hide period stains.

We never find a woman opening up to her brother, father or another male figure about her period.

Why? This because menstruation is so taboo that even talking about it is not considered appropriate.

To normalise menstruation, men must be part of the conversation.

No Representation of Rural India 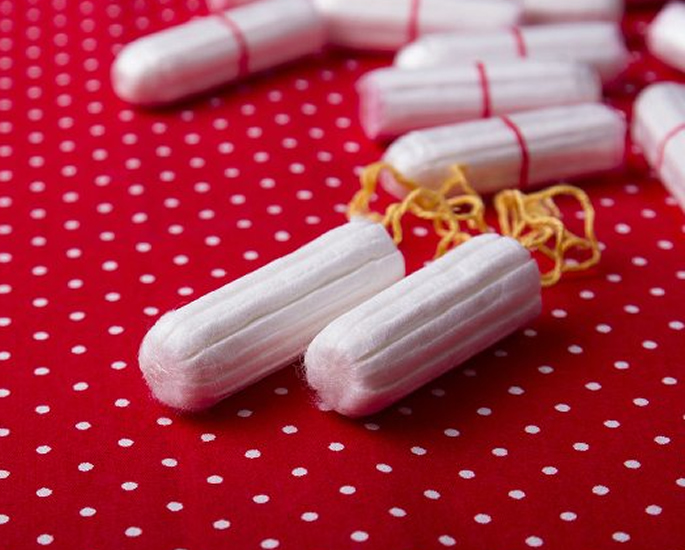 The availability of sanitary pads is limited in rural areas, and women are not aware of how they should deal with periods.

A lack of education could lead to health problems and illnesses.

All sanitary pad commercials showcase women suffering from a lack of confidence during their periods.

This is because menstruation is associated with disease.

As a result, women are prevented from leading everyday lives.

These menstruation myths are so prevalent within Indian society that some people believe them to be true.

However, they are not and should be addressed so that the subject is not stigmatised anymore.