Why is Illegal Liquor a Big Problem in India?

The production and sale of illegal liquor has always been a point of contention in India. Find out the factors that made this what it is.

Illegal liquor has proved to as old a problem as prohibition itself in India.

On November 15, 2020, police in the Indian state of Rajasthan seized 459 cases of illegal liquor from the back of a truck headed in from Punjab (354 miles).

Two arrests have been made on the case, the driver of the truck Champalal Nai, 27 and accomplice Khalasi, 21 for possession and intent to distribute.

The accused were caught at a police blockade placed in the city due to the festival and election seasons ongoing in India currently, the brief stop followed a full search of the truck.

This may be the latest, but is by far not the only illegal liquor smuggling incident in India. 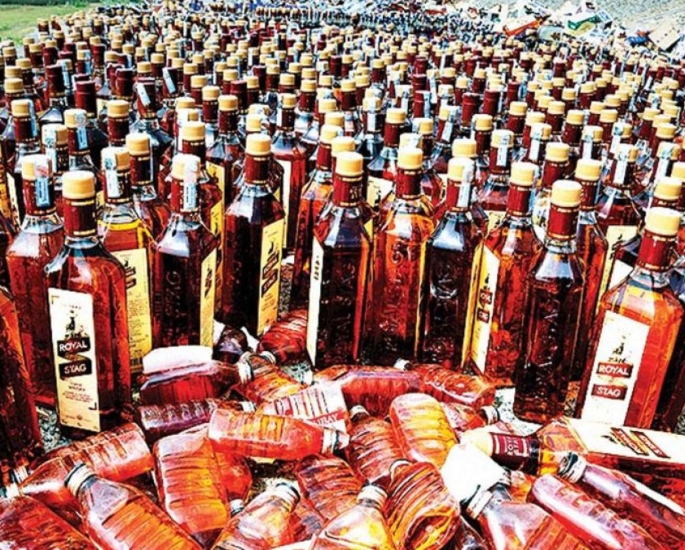 Illegal liquor is a massive public health risk for the country, on an average 1,000 people die in India each year after consuming illegal liquor, government data shows.

What is Illegal Liquor?

IMFL comprises alcoholic beverages that were developed abroad but are being made in India (whisky, rum, vodka, beer, gin and wine.)

Whereas, country-made liquor comprises alcoholic beverages made by local breweries.

While many Indian and MNC players were present in the IMFL segment, the unorganized sector accounts for almost 100% of the country-made liquor segment.

The methyl alcohol adds potency to the drink but leads to dizziness, vomiting, and in extreme cases, blindness or death.

Also, methyl alcohol is present in small quantities in industry-grade ethyl alcohol, which is bought by local vendors at nominal prices to produce hooch.

In Punjab, it is known as ‘Desi’ and is often distilled and made in villages in farmlands, where it is difficult to detect and easy to consume.

Alcohol is measured by a proof percentage. This denotes how strong it is. On average 70% is an acceptable level but there are drinks stronger than this.

Hence, the main problem with illegal liquor is that it is not regulated in any manner. There are no checks on its proof or strength. Therefore, anyone drinking it is exposing themselves to danger.

Illegally made alcohol in India, therefore, poses a major problem to the health and well-being of drinkers.

Why is Illegal Liquor So Popular?

One reason is the huge unfulfilled demand for booze which drives supply underground into an unregulated industry.

India is the second biggest consumer for alcohol in the world after China.

India consumes more whiskey than any other country in the world, about three times more than the US, which is the next biggest consumer.

In fact, nearly one in every two bottles of whiskey brought around the world is now sold in India.

Some 19% of alcohol users are dependent on ‘hooch’, and around 30 million people consume alcohol in a “harmful manner”. 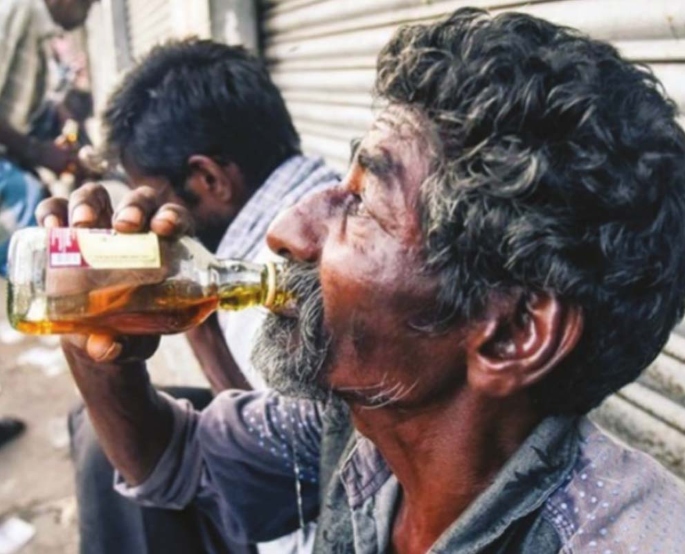 The WHO reckons that “unrecorded” alcohol makes up more than half of all alcohol consumed in India.

This stems due to many factors, primarily the difference in the prices of IMFL liquor and illegal liquor.

In an attempt to limit consumption many state governments have implemented exorbitant taxes on the sale of alcohol.

In a country with 80% of its population below the poverty line like India, this is a huge differentiator. 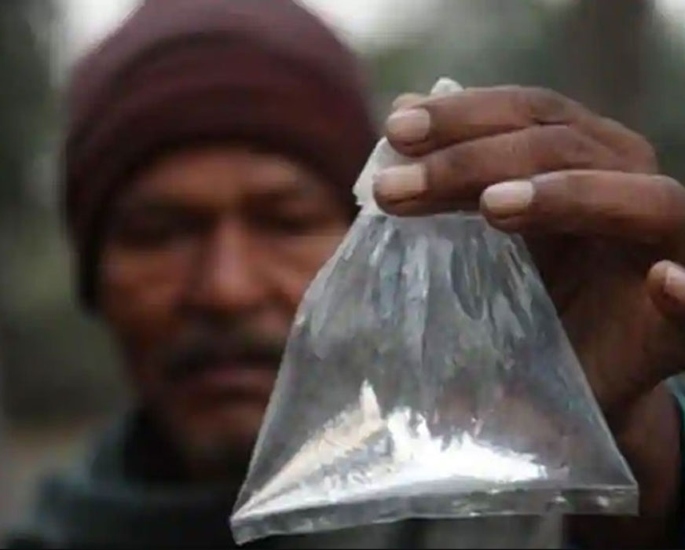 Locally brewed liquor is not recorded or taxed in some states, this leads to the rampant growth of the industry as well as their distribution across the country.

Indian states are highly dependent on alcohol taxes, which can account for as much as a quarter of their revenues.

Not surprisingly, more than 10% of their revenues come from taxes on liquor sales, according to the research wing of Crisil, a ratings and analytics firm.

Another six top consuming states – Punjab, Rajasthan, Uttar Pradesh, Madhya Pradesh, West Bengal and Maharashtra – mop up between less than five to 10% of their revenues from liquor.

On average, industry executives say, 60 to 65% of the consumer price of spirits is taken up by government taxes, which have been rising sharply, even as states refuse to let companies raise their pre-tax prices.

Taxes on imported spirits are 150%. 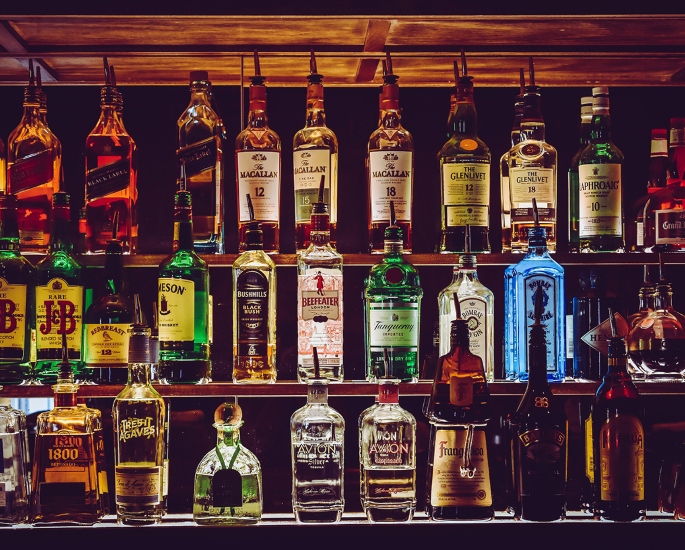 Each of the 29 states in India has its own policies to control the production, price, sale and taxes on booze.

Some like Tamil Nadu undertook the liquor distribution of their state from private parties, ensuring the availability of alcohol to people belonging to all strata of the society.

While this caused a significant rise in the consumption of alcohol, it also decreased tragic incidents attributed to illegal liquor.

Such policies come at their own risks the main burden from alcohol in India stems from non-communicable diseases, such as cirrhosis of the liver and cardiovascular diseases.

These issues are only further pronounced with the higher availability of alcohol. More than 60% of deaths due to cirrhosis of the liver were linked to the consumption of alcohol.

Some of India’s states have however taken the alternate approach of prohibition.

Such as in the states of Bihar, Gujarat, Mizoram and Nagaland, the state government has severely limited the availability of alcohol.

As evidenced by Indian state Andhra Pradesh in 2019, the decline in liquor shops leads to the drastic incline in illegal liquor.

All pertaining to cases of brewing illicit liquor, smuggling of liquor from neighbouring states, and illegal sale of liquor.

The continued threat of the distribution of illegal liquor is a two-sided coin to the Indian government.

Despite the governments best efforts the consumption of ‘hooch’ has continued, due to its addictive qualities and the high prices of IMFL.

The continues rise of this trade has been attributed to corrupt police, as local officials and tax authorities, all get a cut of the profits.

In one of the more infamous cases of 2019, the death toll from poisoning linked to toxic liquor in India’s northern state of Punjab rose to 105.

The incident led to the suspension of seven excise officials and six police officials even as opposition parties accused governing party leaders of “patronising [the] spurious liquor trade.” 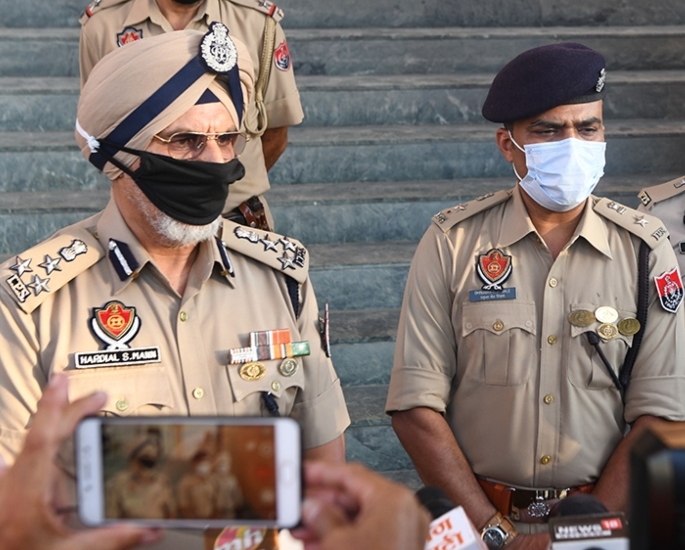 What is the Solution?

Research by Santosh Kumar, an economist at Sam Houston State University, found raising prices on alcohol like whiskey and rum to produce “modest and small” reduction in consumption.

Dr Kumar believes a “combination of price controls and awareness campaigns” would be most effective in tackling the adverse effects of harmful drinking in India.

Yogendra Yadav, leader of the Swaraj India party and a political analyst, suggests a “national plan for gradual reduction” of India’s dependence on alcohol.

This would include governments reducing dependence on liquor revenues, stopping the aggressive promotion of booze, enforcing existing rules and laws about sale and retail of liquor.

As well as, taking the consent of 10% of local people before giving a retail license in a neighbourhood, and using revenues from liquor sales to wean people away from drinking.

Enforcing prohibition over freedom of choice has proved to be self-defeating and led to a thriving black market.

Making drinking a moral issue raises the hackles of the liberals.

But, as Pratap Bhanu Mehta, a leading analyst, said:

“If we really care for freedom, we also need to question our own addiction to the cultural and political economy of alcohol, and find intelligent pathways around a complex problem”.

No one said it would be easy.

Akanksha is a media graduate, currently pursuing a postgraduate in Journalism. Her passions include current affairs and trends, TV and films, as well as travelling. Her life motto is 'Better an oops than a what if'.
The Stigma of Prostitution & Sex Work in Bangladesh
Bangladesh Making Strides for its Transgender Population