The Stigma of Prostitution & Sex Work in Bangladesh

Despite the legality of prostitution, sex workers are mistreated. Find out about sex work in Bangladesh and how prostitutes are disregarded.

Sex work in Bangladesh comes with the social stigma of discrimination and segregation from mainstream society.

Sex workers are denied respect and are often, always, socially degraded. They are not viewed as reputable members of society, rather, maligned objects, used and abused.

The cultural attitudes towards sex work in Bangladesh view sex workers as characterless beings. Society, including their families, refuses to accept them because of the shame their job brings.

Stigma stereotypes sex workers as cheap women of society. Their social status arguably, non-existent. Not only are sex workers belittled, the term ‘prostitute’ itself is used to degrade the sex industry.

Prostitution is thus, shamed and stigmatised by the same society who uses this service.

However, prostitution is not a desired lifestyle and many are eager to leave this life behind.

According to the Humanitarian organisation, Terre des Hommes, women entered sex work in Bangladesh due to poverty, deception, coercion and abuse.

Some women who were promised a better life were instead, sold to a life of prostitution.

Women sold into prostitution become bonded prostitutes; who have the least amount of freedom. They must earn enough money to free themselves, it is then they decide to either leave or become independent.

Still, it is difficult to begin life anew as they’re plagued with their past. They fail to get accepted into society due to the stigma attached to them.

Many end up coming back to the brothels to make a livelihood. One said: “I don’t care if it kills me, as long as I can earn a living.”

The sex workers take “fatal” drugs, such as Oradexon, which is for fattening animals only. The drugs enhance their appearance which increases their chances of getting clients, allowing them to earn more money.

Long term use of these drugs will damage their organs and also lead to death. The women, aware of the risks and effect on their health, continue taking these drugs even if it kills them. 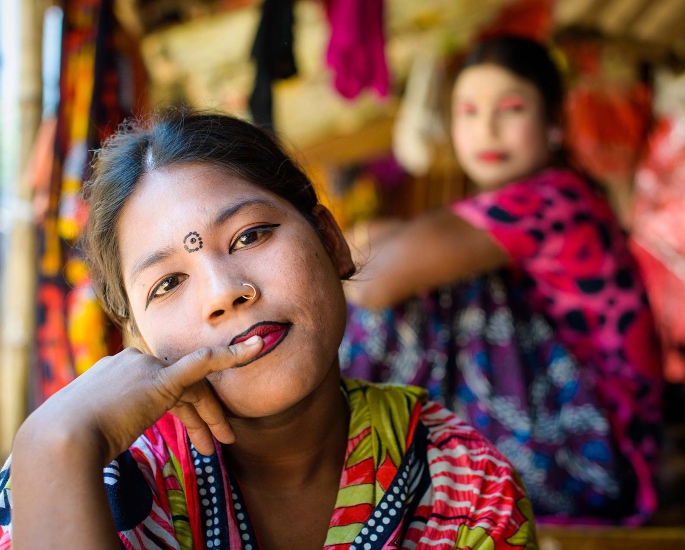 Sex work is against the Bangladesh constitution, yet, the High Court legalised prostitution in 2000. Individuals must be over the age of 18 and have to declare themselves as sex workers.

It must be their own independent choice to become a sex worker. However, it is their helplessness which leads them into sex work in Bangladesh. Free will or forced, sex workers determine prostitution as “survival sex.”

Sex work is not ideally what they want to do, they see it as inevitable to survive. It is not for personal pleasure but for endurance.

The brothel is a prison, where they work to build a life for themselves, regardless of their age.

In terms of prostitution laws in Bangladesh, soliciting and selling underage girls is illegal.

Under sections 364A, 366A and section 373, soliciting underage girls, will lead to criminal charges and possible death penalties.

Yet in Daulatdia, one of the world’s largest brothels, age is not a concern. The average, new prostitute is a mere, 14-year-old.

Underage girls are kidnapped to be trapped across brothels and hotels in Bangladesh. Some individuals are sold by stepmothers and boyfriends through trickery and deceit.

People, intimately related to helpless underage girls, sell them to a life of sex work in Bangladesh. Yet, are the same people who ridicule and outcast them from society.

This again shows the hypocrisy of society in terms of their attitude towards sex workers. People use prostitution services yet deny sex workers respect and ostracise them.

According to UNAIDS, as of 2016, there are more than 140,000 sex-workers in Bangladesh. Approximately, 1,600 women providing sex work in Daulatdia itself. Many workers in Daulatdia are underage, yet the authorities turn a blind eye.

Several young girls born in Daulatdia, are raised to become sex workers to support their families. The rest are trafficked in and are controlled by ‘Madams’ – owners of the brothel.

When young children are kidnapped, they mostly get trafficked into the sex industry. Instead of helping these vulnerable underage kids, people view them as shameless and allow their exploitation.

Underage girls in the sex industry are ‘worth more’, due to being young and virgins. Despite already discriminating these girls, clients still price them on how ‘pure’ they are.

Clients prefer service from younger sex workers, this is a form of age discrimination. The older the sex worker, the less likely they are to receive numerous clients.

Even with age, a stigma is attached. This affects the amount of money older sex workers can make.

Sex workers in Daulatdia have to pay rent, bills and bare expenses for provisions. They only have prostitution to support themselves and their children.

If clients decline from visiting the older workers, it affects their livelihoods.

Bangladesh has the highest rates of child brides, younger than 15. Yet, authorities still ignore the rate of underage girls working in the sex industry.

This allows paedophiles to take advantage of children. “From 10 to 40-years-old the prices vary accordingly (to age).”

The above quote is a comment made by a client while laughing. He is aware of underage workers yet is not alarmed or bothered.

Instead, he details how prices differ depending on age and the availability of children working in prostitution.

This attitude towards sex workers appropriates paedophilia in brothels and further objectifies women. 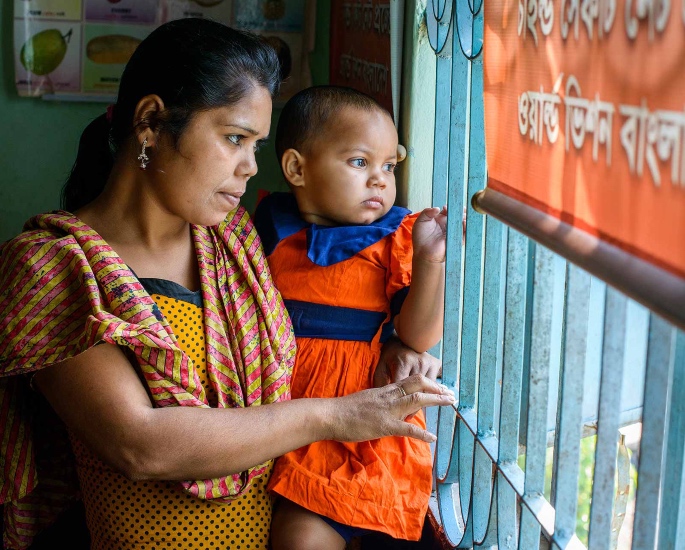 The stigma of prostitution also affects the children of sex workers. When a pregnancy occurs, a girl is often hoped for, so she can then become a sex-worker and bring money in.

As soon as a baby girl is born in Daulatdia, her fate is already decided.

Often, father’s refuse to accept baby girls; leaving them in a life of prostitution and danger. This roots back to South Asians desiring a male heir instead of a female child.

Girls begin sex work from ages as young as 12, thus the increase in underage prostitution.

“Even if she wanted to do something else, they’d always remind her she used to be a prostitute.”

Once a young girl begins sex work, society makes it a part of her identity.

The above is a comment made by a child brother of a young sex worker. He wishes a better life for his sister yet is aware of the stigma that has been attached to her already.

Education for the children of sex workers is restricted. Villagers prohibit Daulatdia children from attending the same schools as their children. This denies the young children from the opportunities and possibilities of escaping brothel life.

However, since 1997, Save the Children founded a school. It is specifically for the children born in the Daulatdia brothel. This enabled the children to access education, opportunities and a better life.

Young girls and boys were no longer bounded to brothel life. Through this school, they were further protected from a life of sex work in Bangladesh and narcotics.

Though, this does not stop the children from discrimination. They are bullied, mocked and insulted for being ‘children of prostitutes’. They are degraded for having ‘sisters who work the streets’.

This affects the mental wellbeing of young children. An aspect which is ignored by those who attach a stigma to innocent children.

To protect the wellbeing of these children, the school appoints retired sex workers from Daulatdia.

This also gives sex workers an opportunity to escape the shackles of the brothels. Former sex workers provide an understanding of nature, imperative for these children.

From their own experiences, they know and acknowledge the difficulties of living in a brothel. They are able to implement protection and care while changing the fates of brothel children. 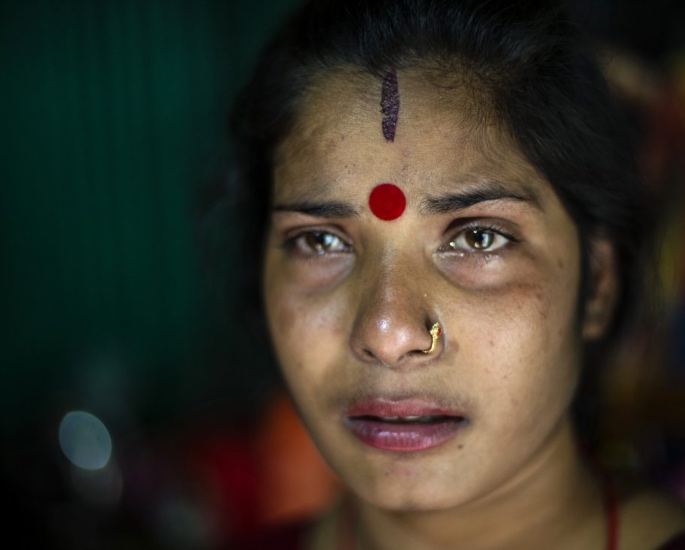 Speaking about the hardships faced by sex workers when dealing with the deceased, one said: “We were chased off. The villagers forced us to bury the bodies elsewhere.”

The stigma of sex work lasts even in death. Sex workers of Daulatdia are banned by villagers from burying their deceased in the village graveyard.

Even after death, they are still not dignified.

Workers then had to resort to “throwing the bodies into the river”. A stigmatised life full of horror and shame, only to be disregarded in death too.

Sometimes, the deceased sex workers are buried under sand near the brothel. Their bodies could not leave the brothel despite death; they are eternally trapped.

“They (punters) are the only ones willing to touch the corpse. I had to beg them.”

Retired workers have reminisced how they’ve had to beg punters and the homeless to conduct burials.

Despite using their services, punters refuse to bury the sex workers as it seems beneath them. They are often paid money as a plea bargain to lay the dead to rest.

Though the sex workers manage to conduct burials despite the difficulties, they bury them in unmarked graves.

No name, no date, no remembrance; they are forced to rest undignified and ignored the way they lived.

What is being done to protect and help sex workers? 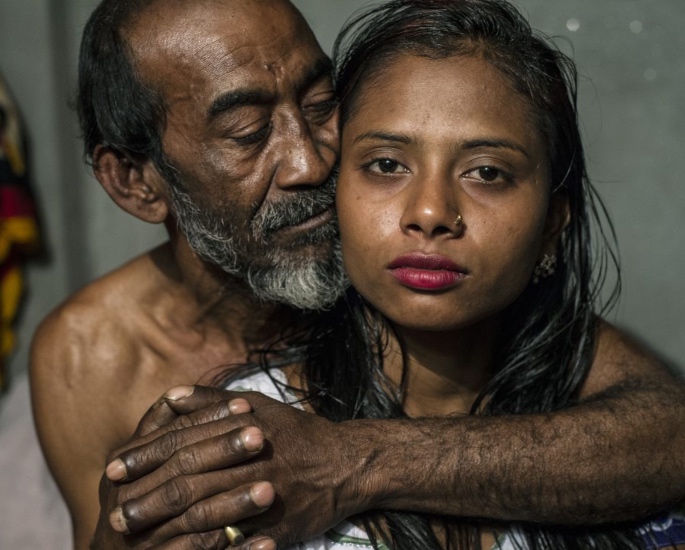 Sex work in Bangladesh is a marginalised community. They have faced inequality and slander all throughout their existence.

Sex workers in Bangladesh are victims of human trafficking: slaves of an exploitive system.

Daulatdia is just one of Bangladesh’s 20 licensed brothels which have confined destitute women. There are many red-light districts in Bangladesh, one being Faridpur.

To protect sex workers, the Prostitute Association of Faridpur was established.

This association was formed to protect sex workers from harm and abuse.

President of the association, Ahya Begum, states how “Society uses (sex workers) to fulfil their human needs, but treats (them) like animals.”

Begum summarises how consumers of the sex industry have double standards in their attitudes towards the sex workers, who are in high demand because of them.

Prostitution is stigmatised, yet the people who fuel the industry are far from shamed, but why?

Married men visit brothels discretely. Yet, it is the sex worker they pay that is shamed because of the hypocrisy of society and disgust towards sex workers.

Sex work in Bangladesh may be a legal profession, yet it is far from accepted. Often, society assumes the character of sex workers, instead of understanding them and their circumstances.

Alongside small associations, Save the Children has been a key charity, providing relief for sex workers in Bangladesh.

Many independent groups/individuals have also raised money to better the quality of life in the brothels.

To help sex workers in Bangladesh, below are donation links which directly benefit sex workers and protects them from sex trafficking.

Anisa is an English and Journalism student, she enjoys researching history and reading literature books. Her motto is “if it doesn’t challenge you, it won’t change you.”

Son who stood up to Mother’s Slut-Shamers with Red Lipstick
Why is Illegal Liquor a Big Problem in India?