Actress Shweta Basu, recently caught in a prostitution scandal, breaks her silence on what happened that night and the sixty days that followed. DESIblitz reports on her side of the story.

"I've no complaints against anyone except the journalist who made up a statement attributed to me."

In September 2014, actress, Shweta Basu became national news after being caught in an alleged prostitution racket in Hyderabad.

After spending two months in a rehabilitation centre, Shweta finally breaks her silence on what happened on the night of her arrest and the following sixty days.

Soon after her alleged arrest in September, the media quoted her saying: “All the doors were closed and some people encouraged me to get into prostitution to earn money. I was helpless and with no option left to choose, I got involved in this act.”

Rubbishing the quote, the National Award winning actress explains: “I’ve no complaints against anyone except the journalist who during my hour of crisis made up a statement attributed to me. 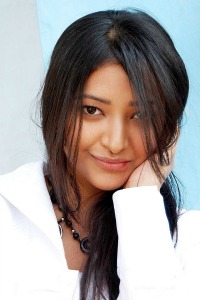 “That statement was circulated everywhere. I had no idea about it as I had no access to newspapers or websites for two months. It’s only now that I came to know of this.”

Further proving her point, she says: “No I never made that statement. I was in custody. I wasn’t allowed to speak to my mother and father, then how would I speak to the media? Whoever made up that statement damaged my reputation. These are outrageous lies that I never uttered.”

Although Shweta has not denied being caught in the raid, she said that the media should have waited for her side of story before making it news.

Talking about what happened that night, Shweta says: “I hadn’t been called to Hyderabad by any agent for commercial sex. I had gone to there to attend an awards ceremony. Call it fate or whatever, I missed my flight back in the morning.

“My air ticket and stay were done by the organisers of the awards function. I still have the ticket. I’ve been told that the agent has been arrested.

“The case is being investigated. I am a victim in the whole situation. There was a raid. I am not denying the incident. But the facts are not what they’ve been made out to be.”

Sharing her experience of sixty days in the rehabilitation centre, Shweta explains: 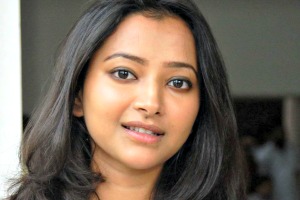 “It is a hostel for kids who are victims of human trafficking. I volunteered as a teacher there and taught the kids Hindi, English and Hindustani classical music. I used my two months in there very productively.”

For the actress caught in a sex scandal, there were many celebrities from the Indian film industry who came forward to support her and even a few directors including Hansal Mehta who offered her a role.

Speaking about her future career opportunities, Shweta says: “I don’t want a role out of sympathy. I don’t want people to think I am cashing in on the controversy.”

She further adds: “I make documentaries. I attend film festivals. I don’t have time to sit at cafes taking selfies. I’ve dedicated my life to cinema and acting. I am not going to let one incident spoil my life.

“I am an actress. And I will always remain one. Right now, I have just returned to the post-production of my documentary on Hindustani classical music. Life has moved forward from exactly from where I left off,” Shweta believes.

The child-star actress now hopes that she, the media and public can leave the scandal in the past and move on.

Komal is a cinéaste, who believes she was born to love films. Apart from working as assistant Director in Bollywood, she finds herself doing photography or watching Simpsons. “All I have in life is my imagination and I love it that way!”
Rekha is Golden as Super Nani
Jaya Bachchan insults SRK?