Award winning actress Shweta Basu has been caught prostituting herself for money. The young actress who has been taken to a rescue home says that she was forced into prostitution after she couldn’t find any acting jobs.

"There are several other heroines who have gone through this phase."

Actress Shweta Basu Prasad has been found in a prostitution scandal after an undercover operation by the Hyderabad police on August 31, 2014.

According to officials, the actress was caught in a sexual act by the Task Force at the Park Hyatt hotel in Banjara Hills.

Shweta was apparently famous in the prostitution business. Previously, she was caught in a ‘give and take’ situation during a sting operation by a Telugu TV channel.

The Telugu film industry, fondly called as Tollywood, is a big part of Indian cinema. However this glamorous industry has an evil side to it which exposes a long list of the actresses to the flesh trade.

In current years, big names involved with prostitution and the sex trade have emerged. The latest addition to the list of such actresses is the 23 year old National Award winner, Shweta Basu. 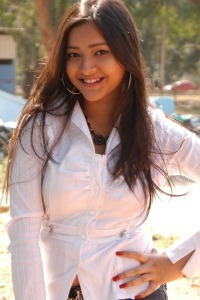 The young actress is known to have commenced her livelihood as a child actor from the film Makdee (2002), which even fetched her a National Film Award.

She then acted in several movies like Iqbal and TV serials like Kahani Ghar Ghar Ki, Karishma Ka Karishma and many more.

However, since 2008, Shweta Basu has not had another acting break, and has remained jobless trying to make ends meet. It was at this point that she was led into selling herself for money.

According to sources, all others arrested by the police are very eminent businessmen from Mumbai and other metropolitan cities of the country.

The Police also arrested Balu, an assistant director who was acting as a pimp, and transferred the young artist to a rescue home in Falaknuma area for rehabilitation.

Shweta was quoted saying: “I have made wrong choices in my career and I was out of money. I had to support my family and some other good causes.

“All the doors were closed and some people encouraged me to get into prostitution to earn money. I was helpless and with no option left to choose, I got involved in this act.”

The young actress also added: “I’m not the only one who faced this problem. There are several other heroines who have gone through this phase.” 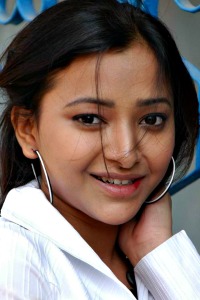 The actress informed the police that she had arrived in Hyderabad on August 30th to attend the ‘Santosham South Indian Film Awards’ function and she met the pimp, Balu at the event:

“Balu convinced me to accept the work and he booked the hotel room,” said the actress in her statement to police.

She allegedly charged Rs 1 lakh for a night and pimps like Balu charged Rs 15,000 as his commission. The actress confessed that this was her third visit to Hyderabad related to prostitution in 2014 alone.

Shweta underwent a medical examination at a government hospital before going to the rescue home. At the Rescue House, the women who were saved by the police and those facing trial are given protection and refuge during the trial period.

The convicts are provided with food, clothing, medical care and also vocational training. Shweta is expected to stay in the rescue home for a period of three months at least.

With the news of the actress’ arrest out and glorified everywhere, a question that still remains unanswered is why have the names of the famous businessmen and politicians who were accomplices still not been revealed?

Though the police along with the other bureaucrats linked with the prostitution scandal have come forward unhesitant to heroically disclose all the juicy details concerning Shweta Basu, the irony is that the same bureaucrats have maintained absolute silence about the names and the identities of the businessmen who paid the actress. 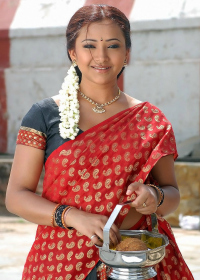 Every coin has two sides and the second side of the story has been kept hush, thanks to the wealthy businessmen involved in this scandal.

It only makes one question if the wealthy businessmen are so powerful that while the image of a 23 year old girl is being ruined, they can keep their names out of the news and stay away from the criminal charges.

Do they not deserve to be denounced in public as loudly as Shweta Basu was made the face of this racket?

As soon as the news of the scandal came out, social media went frenzy with queries about the identities of the businessmen involved in the act with Shweta Basu.

Many tweeted: “Media should not work for TRP of the channel by pointing fingers to the #ShwetaBasuPrasad The other half of the story must be presented.”

“I still don’t understand why the ‘High Profile Business Man’ name is not leaked! media shud have an eye on him than on #ShwetaBasuPrasad”

Also, while the media and the society was busy criticising the dark truth about the film industry, there were celebrities like Hansal Mehta, Aditi Rao Hydari and Upen Patel who chose to come out and express their support for the actress instead:

“I intend to offer Shweta Prasad a role in my next film. She was so good in ‘Makdee’,” Mehta tweeted.

Upen wrote: “Breaks my heart about Shweta Prasad. Remember meeting her when she was a little girl in Iqbal .. Great actress..I’m know she will bounce bck.”

“A girl is in the news and in prison for prostitution, why not her high profile clients? We are so damn sexist… #Pathetic,” tweeted Aditi.

It is clear there is still more to come from the Shweta Basu case, and we will have to wait and see what other secrets this dark world of celebrity prostitution may be hiding.

Komal is a cinéaste, who believes she was born to love films. Apart from working as assistant Director in Bollywood, she finds herself doing photography or watching Simpsons. “All I have in life is my imagination and I love it that way!”
The Hundred-Foot Journey is a Cultural Crossover
Shahid is Sleepless in Leeds