The Hundred-Foot Journey is a Cultural Crossover

The Hundred-Foot Journey is a delightful film about Indian and French cuisine set in the French countryside. It stars an incredible cast, from the likes of Helen Mirren, Om Puri and Manish Dayal.

"It’s about two displaced cultures coming together and going after something great."

The Hundred-Foot Journey is a deliciously heart-warming film, and the latest savoury crossover collaboration of Western and Eastern cultures.

The well-known names affiliated with the film give it a huge scope for success. The producers include Oprah Winfrey and Steven Spielberg, and the lead actress is Academy Award winner, Helen Mirren.

Initially inspired by a novel of the same name, (which was written by Richard C Morais), The Hundred-Foot Journey explores Indian and French culture through their cuisines. 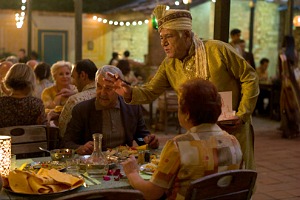 The story revolves around the Kadam family who open an Indian restaurant in a village in the South of France.

This restaurant is opposite a Michelin starred French restaurant owned by the frosty Madame Mallory, a woman who highly disapproves of the Kadam family and the food they are cooking.

Rivalry ensues until Madame Mallory discovers the culinary craft of the Kadam family’s head chef, and offers to take him under her wing.

Food lies at the heart of each culture, however, the film also challenges the idea that the craft of a chef can’t be transferable to any cuisine.

Hasan Kadam may have grown up only knowing about Indian food, but when he is exposed to French culinary creations, he discovers how his art can unlock other cuisines and opportunities. 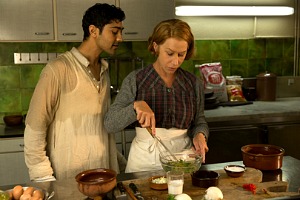 The film has several themes which makes it a fairly thought provoking experience, like a dish with many layers of flavouring and spices.

The film explores migrant life in France, assimilation and the way that many people cling onto home culture. It also looks at growing up, family and finally, (the key ingredient in any film) romance!

Oprah Winfrey, the producer of the film, was inspired by the book on which the film was based and deemed it her ‘favourite summer read’.

She says: “Food blends cultures and allows us to have just a little peek into someone else’s life – a hundred foot divide between cultures.

“It’s about human beings coming to understand other human beings and more importantly, after you get to experience or step into somebody else’s shoes or see them for a real human being, how you understand that you’re really more alike than you are different.”

The Hundred-Foot Journey, is another crossover film that would be a great treat for an Indian audience as well as the mainstream Hollywood audience.

As a production, it has involved both countries as Reliance Entertainment partnered up with DreamWorks for this film. Established Bollywood actor Om Puri stars in the film and Juhi Chawla even makes a special appearance!

Indian music director, A R Rahman, has provided the music for this motion picture. A R Rahman sent waves through Hollywood with his Academy Award winning soundtrack for Slumdog Millionaire (2008) and 127 Hours (2010). 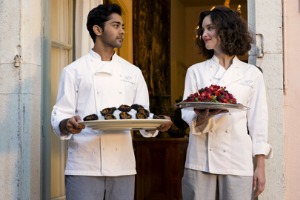 This musical maestro knows how to make his soundtrack touch the audiences at the right scene of the film.

In The Hundred-Foot Journey, the music is a subtle touch to the film. He doesn’t let the song overwhelm the scene, but merely works with the emotions of the scene or the cultural setting.

The main protagonist of The Hundred-Foot Journey is Manish Dayal, whose previous credits include a role in the teen show, 90210. For Dayal, this film could be considered his big break.

Dayal says that the casting process took a tiresome four months before he got that special phone call telling him: “Stephen wants to hire you.” 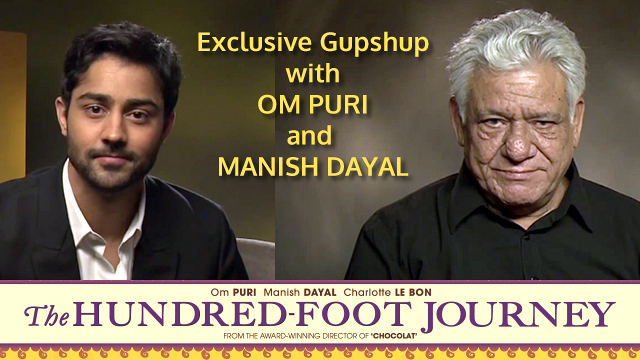 After this, he spent a month working with gourmands including Indian American chef, Floyd Cardoz, to train for his role as the young chef.

Dayal says he is proud to be a part of The Hundred-Foot Journey: “What makes our movie unique is its ability to go beyond the cultural and racial limitations we see in so many South Asia-related films. It’s a film about two displaced cultures coming together and going after something great by taking risks.” 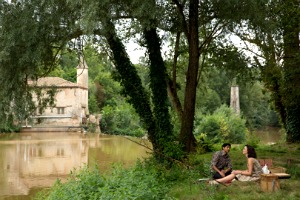 Veteran Indian actor, Om Puri, also considers The Hundred-Foot Journey, ‘a very pleasant film’. He assured that the audience will leave the movie wanting to have a meal that looks as delicious as the ones featured in the film.

The film has beautifully illustrated the picturesque French countryside and the invigorating raw ingredients available.

Despite having such influential credits to the film and rave reviews already, the film is slowly building up hype in both India and the UK.

Sonika is a full-time medical student, Bollywood enthusiast and lover of life. Her passions are dancing, travelling, radio presenting, writing, fashion and socialising! “Life isn’t measured by the number of breaths taken but by moments that take our breath away.”
Priyanka turns Boxing Champion for Mary Kom
Actress Shweta Basu Prasad turns to Prostitution