Trafficking of African Women to India for Sex

An illegal trafficking operation has been uncovered where African women are lured to India before they are forced into sex work.

"I don't want her to go through what I went through."

A trafficking operation has seen a large number of African women in India where they are forced into sex work in order to satisfy the needs of African men living in New Delhi.

The network was uncovered by the BBC. One woman named Grace, who was trafficked from Kenya, explained what she saw.

“The first day I went there, I looked and I saw so, so many girls.”

Many of the women who are lured to India are originally from Kenya, Uganda, Nigeria, Tanzania and Rwanda.

She filmed what goes on inside. Grace revealed that the atmosphere is almost like a house party. Many of the women are seen dancing and talking to the men.

Grace explained what happens to women. 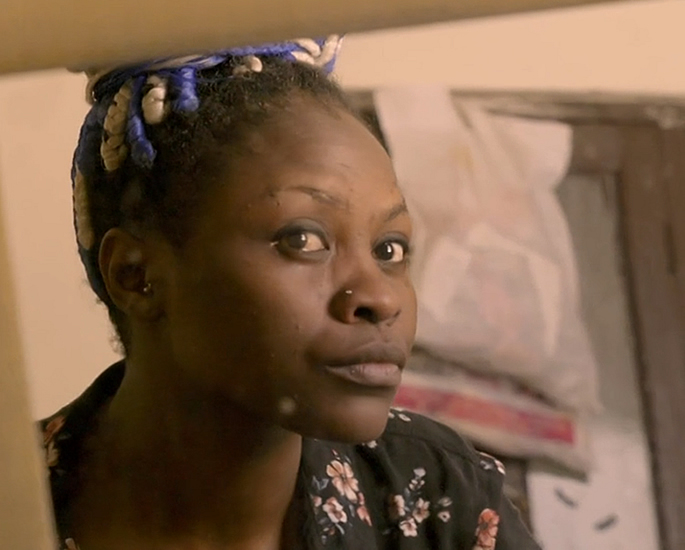 An undercover operation revealed a growing trend of young African women looking for male sponsors in order to fund their lifestyles.

Grace was one of those women. In an interview, she wanted to become famous but she admitted that the most important thing was her child’s future.

She said: “I don’t want her to go through what I went through.”

Grace was struggling to support her daughter but one day, she saw a WhatsApp post, which offered work in India. The job post advertised dancers for tourists.

“Hearing that it’s good money, I went for it, I decided okay.”

However, when Grace arrived in New Delhi, she realised it was a bad decision.

She had stayed in touch with journalist Nyasha Kadandara and had sent her “an increasingly desperate series of messages.”

Grace revealed that she was picked up from the airport and taken straight to a brothel.

The woman who was in charge of the house was identified as Goldie. She paid for Grace’s travel but later took away her passport and told her that she owed her nearly $4,000.

It was discovered that the amount Goldie said was seven times more than the actual cost.

Goldie then told Grace that the only way to pay off the debt was to become a sex worker. Grace stayed in a room along with four other trafficked women for five months. 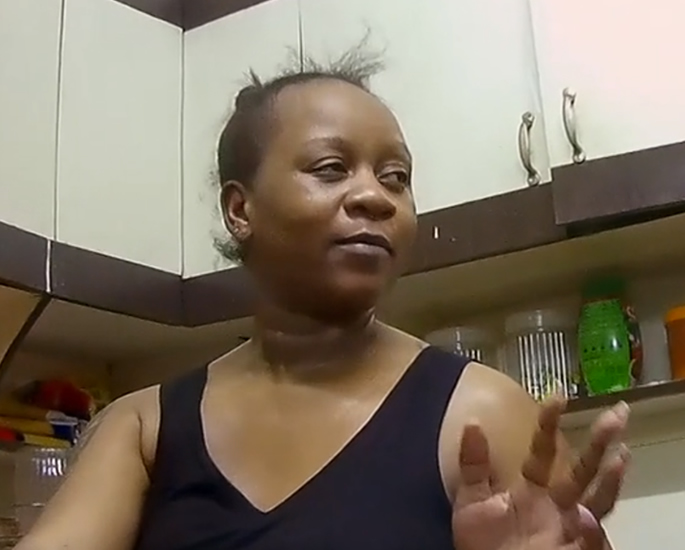 Grace later decided to secretly showcase what goes on in an African-Indian sex-trafficking ring.

In what was on a daily basis, Grace said: “Many times we would, we’d bring clients in the house or you go to hotels.

“If one of us had a client in the room the rest of us would sleep on the couch in the sitting room and wait for the one in the room to finish their stuff and go back to sleep.”

A man was spotted handing over money to one of the trafficked women before the two left.

The trafficking ring operated with the women dressing up and going to local pick-up bars, known as ‘kitchens’ to solicit the men.

The illegal bars are specifically set up to cater to the Delhi-based African men who pick up women for sex. 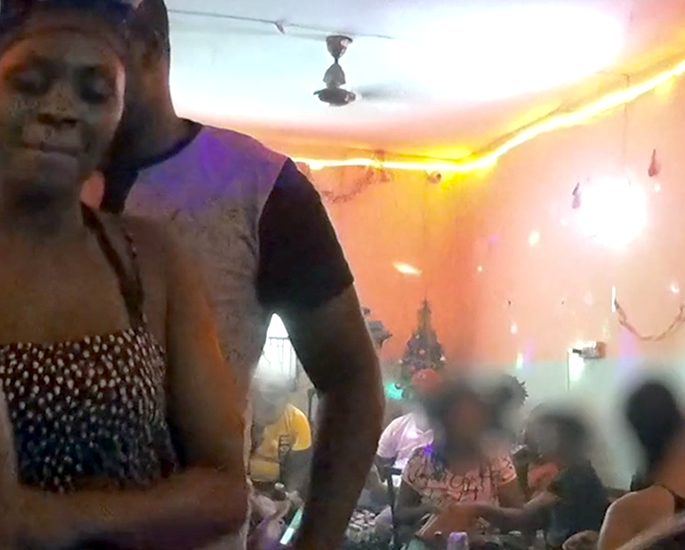 Grace recalled her first night in the ‘kitchens,’ a night which she cannot forget.

“Usually the madam is the one who takes a new girl to the kitchen. But me, I went with my sisters and then I was going to the washroom, someone just stopped me and asked me, ‘How much?’

“I told the guy ‘wait, wait let me come back I don’t understand you.’

Grace went to her friend and asked what the man meant. The friend also seemed to be confused, replying:

Grace then realised what she had got into.

“Then that is now when it hit me, this is really what you’re getting yourself into.”

She kept a book of all her clients and the amount she was paid.

“Just by looking at this book, it just reminds me of everybody.” 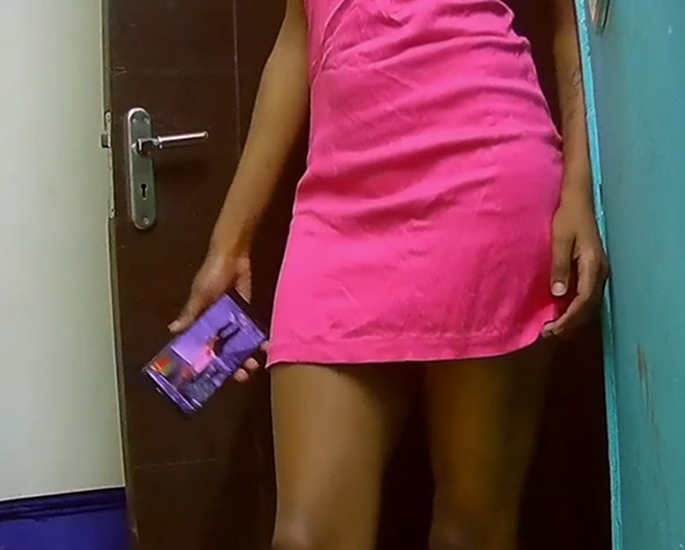 There were at least fifteen kitchens across seven neighbourhoods in South Delhi.

Grace later identified a Nigerian man named Eddie Anideh as being the area’s leader of an organisation called AINSCA. There were election posters for AINSCA stuck to the doors of the kitchens.

AINSCA claimed to be a nationwide community group offering social activities, which was stamped by the Nigerian High Commission.

Grace had been telling her friends to stay away from India to stop them from falling into the same trap. However, Eddie ordered her to convince one woman.

In a phone call, Eddie told Grace: “I want you to do something for me. From what you’re telling me now, you said you have friends and you still have more. 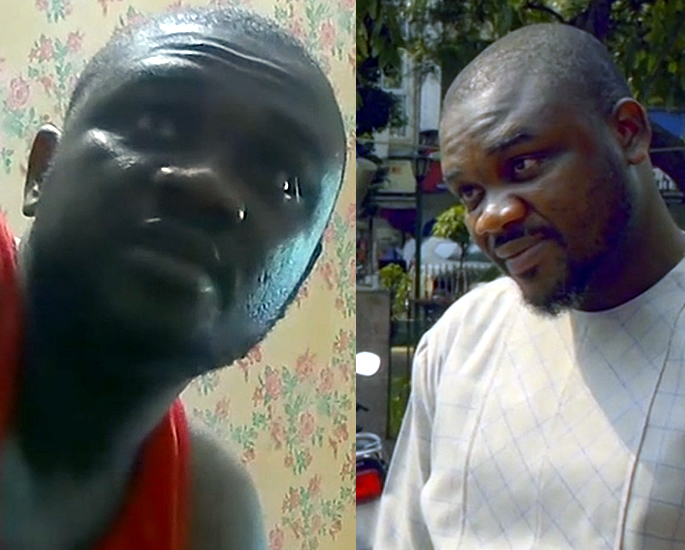 Eddie then said: “You start another Facebook. Search for your friends. I’m giving you till the end of the month.

“Search for another woman, convince.

“That’s Kenya, that is hard, and people are still making it there too.”

Eddie went on to suggest that Grace convinced a woman to work for her.

It is a family tree of exploitation. Grace said that the one who brought her was her “mum” while the other women brought along with her were her “sisters.”

Grace later exposed Eddie by filming him explaining the process of bringing an African woman to India.

Nyasha confronted him and questioned him on his involvement. Despite the evidence against him, Eddie denies trafficking women for sex work.

Grace eventually returned to Kenya where she was reunited with her family.

The BBC contacted Eddie but he continued denying the allegations. while Goldie did not respond.