A man who was accused of murder was shot inside an Indian Court, which led to chaos. The incident happened in Uttar Pradesh.

Fear ensued at an Indian Court on December 17, 2019, after a murder suspect was shot dead inside the building.

Three men that were present at CJM Court in Bijnor, Uttar Pradesh, opened fire at the man standing trial and his associate, killing them both.

It was reported that the incident occurred during Shahnawaz’s hearing. He had been accused of murdering a BSP leader.

When the shooting started, those inside the court ran for their lives, barging past each other in an attempt to get out as quickly as possible.

While Shahnawaz and his associate Jabbar were killed, two officers narrowly avoided the same fate.

A bullet narrowly missed CJM Yogesh Kumar while another constable was shot but only suffered a minor injury. 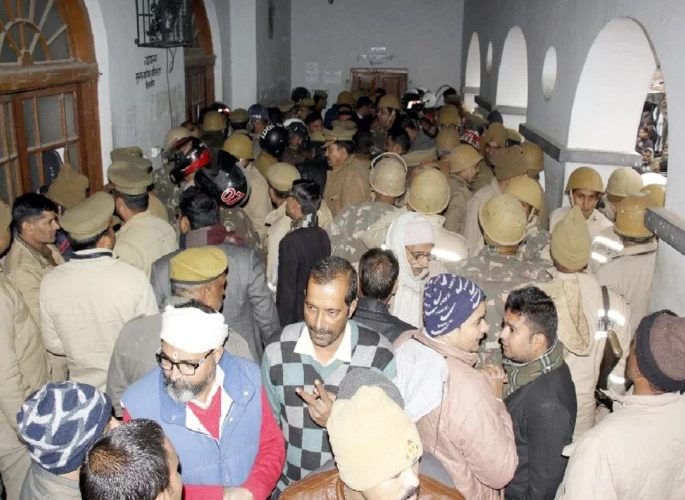 According to police, the shooting is believed to be a retaliation to a double murder, which took place in Najibabad on May 28, 2019.

Senior BSP leader and in charge of Najibabad Assembly seat Ehsaan Ansari and his nephew were killed.

In relation to the case, twelve people were arrested, including Shahnawaz and Jabbar. Delhi Police arrested them in October.

After the shooting at the Indian Court, the premises has been cordoned off. Superintendent Sanjeev Tyagi announced:

“Three attackers have been arrested.”

“Though it is a grave matter that a murder took place in the court premises, it’s a matter of joy that the three assailants have been arrested including Sahil, the son of Ehsaan Ansari who was murdered in the rivalry a few months ago.

“It is clear that Sahil has taken revenge of his father’s murder.”

A police investigation revealed that Shahnawaz and Ehsaan knew each other. They both used to buy properties at cheap prices and sold them for much more. 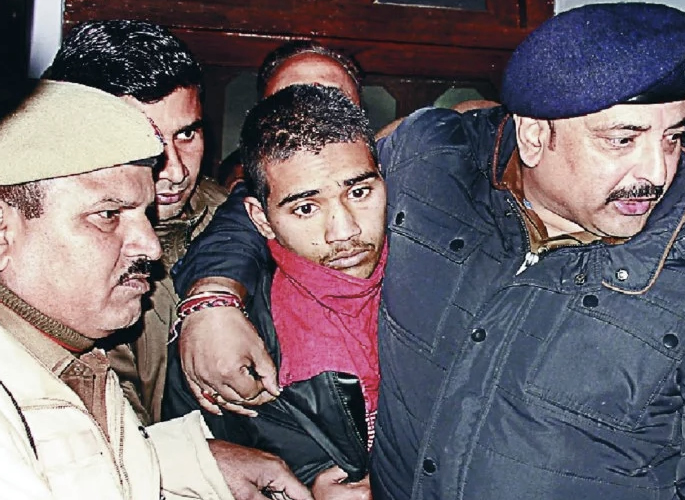 People were threatened if they questioned the operation.

Both men used to clash as they competed with each other on a business level.

In 2018, Shahnawaz and his associates killed a ration dealer named Irfaan following a property dispute.

Ehsaan had political influence in Najibabad. Shahnawaz wanted to become an MLA for the area but Ehsaan also wanted the position.

As Ehsaan was an obstacle, Shahnawaz came up with a plan to murder him.

According to police: “Shahnawaz lured local criminals by assuring them houses or money. Jabbar was one of them.”