The Federal Investigation Agency of Pakistan has arrested a gang of Chinese men and locals luring Pakistani girls into fake marriages for prostitution.

In a series of intelligence-led raids and operations, the Federal Investigation Agency (FIA) has arrested a Chinese gang of men luring Pakistani girls under the guise of marriage into prostitution in China.

The crackdown took place across the Punjab region of Pakistan.

The gang were involved in setting up fake marriages and then trafficking the girls for the purpose of selling them for prostitution once they reached China.

Eight men were arrested by the FIA on Monday, May 6, 2019, and were named as Wang Hao, Shoi Sheli, Wong Yhazou, Chang Shail Rai, Pan Khowajay, Wang Bao, Zaothi and Kaindisko. Two other men were arrested prior to them.

Chang Shail Rai was actually arrested during a wedding ceremony taking place in Faisalabad where he was about to marry another girl.

As well as the men, a Christian father called Zahid and a matchmaking agent, a Chinese woman named Mendes, along with others, were also arrested. They were behind creating fake documents for the Chinese men. 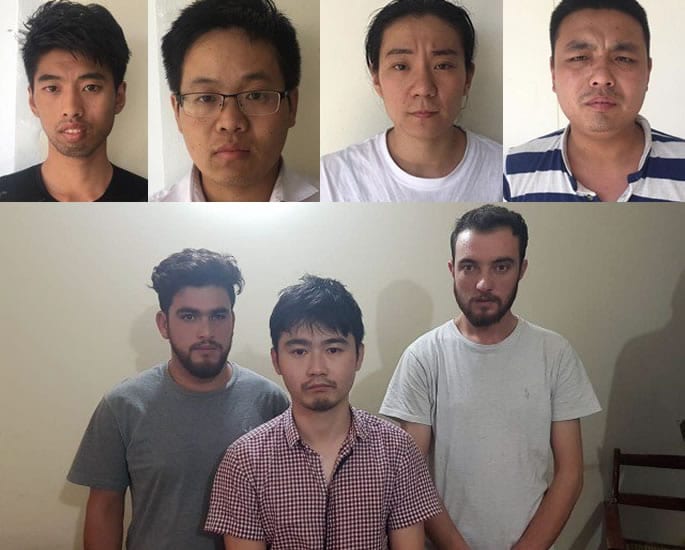 “On Monday, we have arrested seven Chinese men and a Chinese woman for their alleged involvement in trafficking of Pakistani girls to China for the purpose of prostitution.”

He added that the leader of the gang known as “Candice” who was living near Lahore airport was also arrested, saying:

“The girls were moved to the rented houses acquired by the Chinese in Lahore where they were taught Chinese language before they leaving for China after completion of their marriage-related documents.”

“We are collecting the data of the girls trafficked to China during the last couple of years.”

“Their number may run into hundreds.”

On Tuesday, May 7, 2019, the FIA was successful in another raid in Rawalpindi, where they arrested seven more people involved in the racket, including three Chinese nationals, on suspicion of human trafficking.

With a total of arrests over twelve Chinese nationals, the FIA are firm on taking action against the growth of this illegal racket.

The FIA says that it suspects that local agents are helping set-up these marriages and conning Pakistani families, especially, those of a Christian background. The Pakistani girls are then being sexually exploited after being trafficked to China under the pretext of marriage.

The crackdown was enhanced after reports of these fake marriages became more prominent in April 2019. Some even claimed that the women were being used for their organs which were being sold in China. The others were Pakistani facilitators.

Reacting to the reports, the Chinese Embassy in Islamabad did issue a statement saying:

“We notice that recently some unlawful matchmaking centres made illegal profits from brokering cross-national marriages.

“Both Chinese and Pakistani youths are victims of these illegal agents. Chinese laws and regulations strictly prohibit cross-national matchmaking centres.”

China is working with Pakistani law enforcement agencies to address this problem of illegal matchmaking centres and reminds both Chinese and Pakistani citizens to remain vigilant and not get duped. It does not want this illegal activity by a minority to tarnish the China-Pakistan friendship.

Nazhat is an ambitious 'Desi' woman with interests in news and lifestyle. As a writer with a determined journalistic flair, she firmly believes in the motto "an investment in knowledge pays the best interest," by Benjamin Franklin.
Pregnant Indian Wife and Husband set on Fire by Family
Three Men jailed for £390k Fraud from a London Bank