Two brothers from London have been jailed over the hit-and-run murder of a promising young footballer in Brighton.

"stunned witnesses to the attack watched in horror."

Two brothers have been sentenced over the murder of a football prospect who died when he was hit by a car.

Hove Crown Court heard that 20-year-old Suel Delgado was killed and two others were injured when they were “sent flying” by the BMW X6 on Marine Parade, Brighton, in December 2019.

He had been on a night out with friends when a fight broke out with Iftekhar and Irfan Khondaker and their friend.

The brothers, of Mitchum, south London, then got into their father’s BMW X6 and drove into Mr Delgado and his two friends, leaving them “strewn across the road”.

They abandoned the vehicle in Middle Street in The Lanes and were seen changing their clothes.

Irfan then booked an Uber under a false name to take them back home. He did not give the driver his family address.

A Sussex Police spokesperson said: “The Khondaker brothers made no attempt to stop or help [their] victims as they lay in the street, while stunned witnesses to the attack watched in horror.

“They drove to Middle Street in the town centre, where they dumped their badly damaged vehicle before calling a taxi and returning to their home.”

One of the survivors suffered brain trauma, bleeding on the brain and a broken thigh bone.

He told the court: “I would not wish this on even my worst enemy.

“I can’t see with my eyes properly any more, and I don’t have any memory.

“Tomorrow I won’t be able to remember what I have said today unless someone does a recap for me.

“I’ve lost my driving licence. I have lost everything, my whole life, everything.” 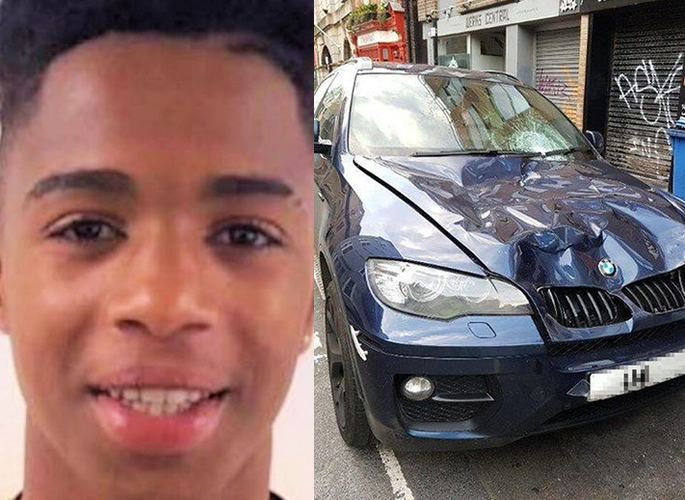 The court heard the brothers had lengthy criminal records.

Iftekhar has convictions dating back to when he was a teenager, which include drugs matters, disorderly behaviour, threatening behaviour and resisting arrest.

In 2013, the 34-year-old punched someone so severely in a nightclub that he broke his victim’s jaw.

While awaiting sentencing, he drove his father’s car at someone, breaking their ankle.

Iftekhar was jailed for 11 and a half years. He was released in July 2019.

“It seems there is a deep flaw in his psychological makeup.”

He was also convicted for dangerously driving his father’s car before claiming it was stolen. Following his release from prison, the 27-year-old was caught driving while disqualified and jailed for 12 weeks.

Irfan had been released three days before the horror hit and run incident.

The Argus reported that the brothers had denied the offences but were both convicted.

Iftekhar was found guilty of murder and two counts of attempted murder after it was found he deliberately drove at the group. He was jailed for life, to serve a minimum of 26 years in prison.

Irfan was convicted of assisting an offender. He was jailed for three years.

Mr Delgado’s mother, Graciete Sanches, said that when she looked at her son, she “was so proud”.

She added: “I feel empty. I still can’t believe I buried my son. Suel had so much to live for.”

Dhiren is a journalism graduate with a passion for gaming, watching films and sports. He also enjoys cooking from time to time. His motto is to “Live life one day at a time.”
Greta Thunberg effigies Burned over her Support for Farmers
Indian Man attacks Woman with Axe after being Rejected