The third episode of ‘Meet the Khans’ sees the couple working on business ventures and Amir mentoring a boxing prospect.

The third episode of Meet the Khans: Big in Bolton sees business calling as the famous couple work on their professional ventures.

It gets going right from the start as Amir Khan turns interior planner for his wedding venue.

The Bolton venue has sat unfinished for several years, with the boxer shockingly admitting:

“Three years over schedule and £7 million over budget.”

Despite the building’s empty look, Amir explains that the interior is all that is left to do, albeit a lot of interior work.

He then outlines his plan, pointing where he wants the restaurant and shops.

As his friend Omar asks what the building’s crown-like appearance represents, Amir turns showman as he brags:

“When I won my world titles and when I have my fights, that’s my name.”

He then reveals that he wants the venue ready in six months, to which Omar says he is getting married in seven months, jokingly asking if Amir would give him a good deal to hire the venue.

Meanwhile, at home, Faryal Makhdoom is busy engaging in a Zoom call, discussing the upcoming launch of her cosmetic range.

She received some make-up samples from the United States and gave her thoughts on the products.

The Trip to London 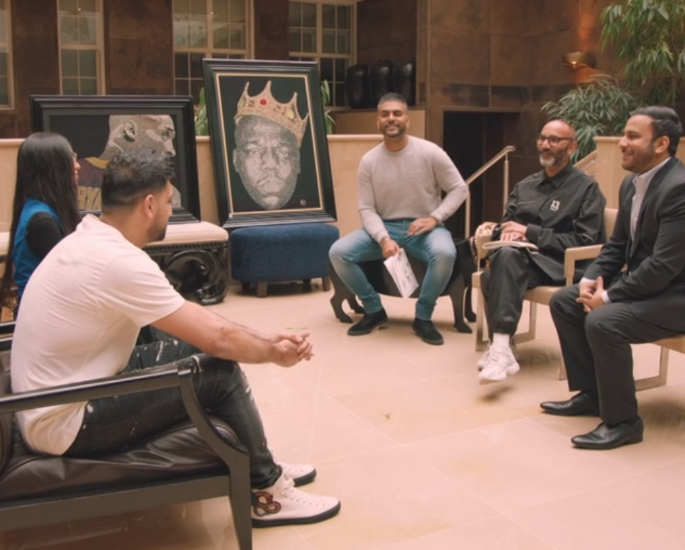 Meet the Khans then travels to London as the couple has a meeting on the boxer’s charity, The Amir Khan Foundation.

Cruising in his Bentley, Amir tells Faryal that they are staying in the same Mayfair hotel where they had their first UK meeting.

During the meeting, Amir discusses art with London-based artist San B, who is known for creating portraits made of tens of thousands of Swarovski crystals.

Portraits of the late basketball legend Kobe Bryant and rapper The Notorious B.I.G are seen at the meeting.

Amir then tells the camera that San B plans to create a portrait of him.

He explains that the portrait will be given to him to auction and the proceeds will go towards his charity.

Amir then highlights his love for the limelight by saying he would do a photoshoot to find the perfect picture.

While the piece will be auctioned, Amir jokes that he may even bid for it himself so that he can hang it in his house.

However, Faryal does not see it the same way.

“A big portrait like that, of Amir, in the house. I think Amir is enough.”

Inside their hotel room, Faryal recalls meeting Amir for the first time, admitting she was not used to hanging out with professional boxers.

They revealed that they were photographed together by the paparazzi and it was published in the tabloids.

Faryal’s father, who did not know about his daughter’s relationship with Amir at the time, saw the photos and called her, saying:

“What is this? You know celebrities are never serious about girls.”

Faryal recalled feeling “hurt” as she imagined her father’s words happening to her.

As he told Omar of his first UK meeting with Faryal, Amir admitted that he was “wild” when he was younger but as he has gotten older with Faryal, he has “calmed down”.

A visit to a luxury jeweller sees Amir and Omar checking out a collection of watches, many of which are diamond-encrusted.

However, Amir admits that he is “sick of the bling” and says that he wants to have a watch with a nice design.

He then tries on a watch which tells the wearer when there is a full moon in the sky, something which confuses Amir.

Omar then explains: “When you have a full moon, it’ll show you on the watch.”

The concept completely baffles Amir as the pair continue to discuss it in the shop.

The Next Stage of Boxing & Launching a Brand 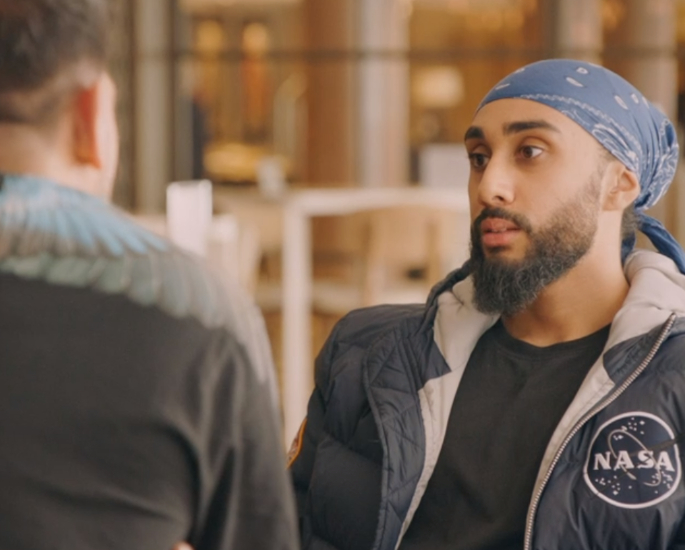 Amir admits that he is nearing the end of his boxing career and revealed that he wants to move into the training side of it.

Boxing prospect Tal Singh is then revealed to be Amir’s protege.

The pair have a catchup with Amir advising Tal that as an upcoming boxer, there will be distractions.

Amir explains that Tal is currently an amateur who is on the verge of turning professional.

“Tal’s progressed a lot, he is more of a patient fighter, you can see his power has developed.”

Amir then states that he wants to create the first Sikh world champion, with Tal adding:

“That’s history at the end of the day.”

Amir expressed that he has a lot of hope for Tal for the future. 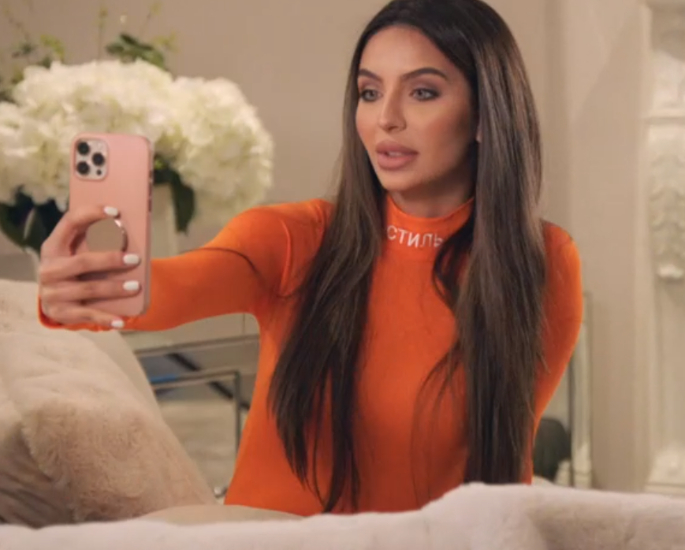 Back in Bolton, Faryal is seen doing takes for her social media video as she prepares to launch her own brand.

She asks her followers what packaging should she use for her cosmetic products as she says that her followers have a major influence as they are the ones buying the products.

The episode ends with Amir in the ring posing for photos for the Swarovski portrait.

Meet the Khans continues on April 12, 2021, on BBC One. All episodes are available to stream on BBC iPlayer.

Dhiren is a journalism graduate with a passion for gaming, watching films and sports. He also enjoys cooking from time to time. His motto is to “Live life one day at a time.”
Dia Mirza shuts down Troll amid her Pregnancy Announcement
12 Top Aamir Khan Performances in Bollywood Films