The founder of leading Indian IT company, Satyam Computers, has been jailed for committing the biggest corporate fraud ever recorded in India.

B Ramalinga Raju, the founder and former CEO of Satyam Computers, has been sentenced to seven years in prison in the biggest corporate fraud in India.

Raju and his brother B. Rama Raju have been found guilty of criminal breach of trust by an Indian court.

Eight others have also been found guilty of their convicted crimes and will serve seven years in prison.

Dubbed ‘the Enron of India’, Raju’s criminal activities were revealed in 2009 when he confessed to manipulating his IT company’s account books and overstating profits by US$1.15 billion (£7.8 million). 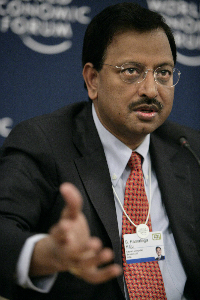 Raju wrote a letter to the Securities and Exchange Board of India and Satyam’s shareholders.

His confession read: “As the promoters held a small percentage of equity, the concern was that poor performance would result in a takeover, thereby exposing the gap.”

It continued: “What started as a marginal gap between actual operating profit and the one reflected in the books of accounts continued to grow over the years.

“It has attained unmanageable proportions as the size of the company operations grew significantly.”

According to Bloomberg, Raju also admitted to inflating Satyam’s cash and bank balances by Rs 50.4 billion (£550 million) as of September 30, 2008.

He further admitted that the company’s statements ‘reflected fictitious accrued interest of Rs 3.76 billion (£41 million), liabilities were understated by Rs 12.3 billion (£134 million) and its debtor position was overstated by Rs 4.9 billion (£53 million)’.

All in all, Raju’s nine-year-long scam cost its investors and shareholders a staggering US$2.2 billion (£1.5 billion).

He resigned as chairman and was arrested with his brother, B Rama Raju, in January 2009 on the charges of faking invoices, inflating the company’s tax liability and understating debt.

In November 2011, Raju was granted bail as the Central Bureau of Investigation failed to file charges in time.

Deeper investigation then revealed Raju and his family and friends had profited around US$400 million (£271 million) from the scam.

In October 2013, Raju and 212 other were charged with money laundering related offences.

Raju was given six months jail term in December 2014 by the Serious Fraud Investigation Office court for a related case. 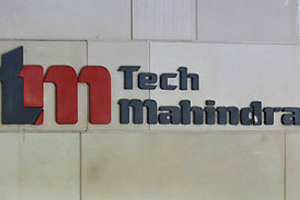 His final sentence was announced in April 2015 to be seven years in prison.

The Hyderabad-based listed IT firm was a pioneer of India’s IT revolution.

Founded in 1987, Satyam Computer gained international status in just over a decade.

Not only was it the first Indian IT company to be listed on Nasdaq, Satyam also secured contracts to provide official IT services to FIFA World Cup in 2010 and 2014.

In light of the accounting scandal, the Indian government stepped in to appoint new directors and was subsequently acquired by Tech Mahindra.

A 2012 merger between Tech Mahindra and Mahindra Satyam gave birth to one of the biggest software companies in India.

Scarlett is an avid writer and pianist. Originally from Hong Kong, egg tart is her cure for homesickness. She loves music and film, enjoys travelling and watching sports. Her motto is “Take a leap, chase your dream, eat more cream.”
Pros and Cons of the Google Nexus Player
Nissan’s Driver Alert detects Drowsy Driving