Benny Dhaliwal the UK Bhangra singer has been jailed for 16 months after being part of a four man gang charged with running a sophisticated alcohol tax evasion scam worth over £50 million.

"I have been sentenced to 16 months in prison"

Bhangra singer Davinder Dhaliwal, from Kent (UK), known as ‘Benny Dhaliwal’ has been imprisoned for 16 months for taking part in a £50 million per year alcohol tax evasion scam.

Benny Dhaliwal, aged 32, who’s recent track called ‘Remember’ at number 10 in the current Asian music download charts was part of a four man gang involved with the fraud. Kevin Burrage aged 49, from Essex, was given 10 years; Gary Clarke aged 55, from Essex was given six years and nine months and Michael Turner aged 52 from Kent was sentenced three years.

Davinder released his album called ‘Va Vai Va’ produced by Aman Hayer on the Moviebox label in November 2011 and prior to that he released tracks like ‘De De Dil’ his debut song and his hits ‘Nach Le’ and ‘Aaj Nachna’ which made him popular in the UK Bhangra scene.

Davinder of Langdale Gardens in Dartford, also known for his sports activities, especially, the Asian sport, Kabaddi, was familiar in the community for his ‘lavish’ life style, including owning luxury cars. This lifestyle was notably being funded by the crime behind the scenes of illegal alcohol trading, major tax evasion and aiming dupe the HM Revenue and Customs (HMRC).

Davinder took part in the scam which involved using a chain Burrage’s bonded warehouses (trading as Promptstock Ltd.) to allow licensed traders to import and export large quantities of alcohol using a method called a ‘duty suspension’ where alcohol can be stored and moved between bonded warehouses without the need to pay excise tax.

However, the excise duty becomes payable when the alcohol is released to retailers in the host country of the warehouses, which is what the men evaded.

Beer, wine and spirits were bought by the gang from bonded warehouses in France and imported duty-free into the UK.

Once through UK Customs, the alcohol was then diverted illegally to locations around the country, where it was sold on without any tax being added to the imports.

The documentation created by the for the scam trade was falsified and included ‘ghost’ lorries and duplicate shipments creating an impression of trading that was actually not real. Kevin Burrage’s brother-in-law, Gary Clarke managed the Promptstock Ltd. warehouse which evaded the tax.

“All four of you were involved in a criminal enterprise to cheat the revenue. Alcohol was diverted in the UK without paying duty or tax due to the revenue.”

The prosecution stated the crime heavily revolved around Promptstock Ltd. bonded warehouse. Reacting to the impact on legal business, Mr Marshall, prosecuting said: “It was not just transport companies but cash-and-carries, here and abroad, and some retailers, all of which undercut legitimate retailers and therefore imperil their businesses.” 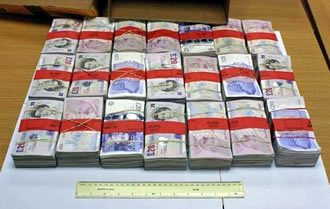 Dhaliwal role was acting as as Burrage’s right-hand man. He organised the delivery of large quantities of alcohol ready for their distribution. Mr Marshall said the gang made use of sophisticated concealment methods to try to hide their crimes.

The gang was arrested in a series of dawn raids by HM Revenue and Customs (HMRC) officers in November 2008 further to a covert surveillance operation.

The HMRC estimated the whole fraudulent operation to be worth approximately £50 million a year in losses to the tax man.

“To all my friends, family and well-wishers,It is with sincere regret that I have to inform you all that I have been sentenced to 16 months in prison. The crime to which I pleaded guilty to was committed almost 7 years ago. During that time I was a naive adolescent who managed to get himself involved with the wrong company. I, regrettably, agreed to take part in fraudulent activity in excise duty… of alcohol. I pleaded guilty to these charges some months ago.”

He added saying :”If anything, I hope that this message sends out a stern message to all that cheating the system has severe ramifications on one’s life. One impulsive decision can change a man’s life beyond belief. Please do not make the same mistake I made 7 years ago.” 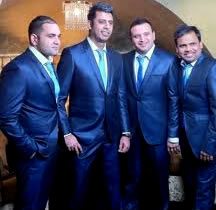 Speaking about the effects of his music on him he said:

“I am honored to say that had it not been for music my mental strength would have wilted. Instead of wallowing in self pity, I made a conscientious decision to put my energy into establishing myself as a British Asian singer. Music has helped me come to terms with my irrational misconduct and has helped me acknowledge that no matter how dark it may seem, there is always light at the end of the tunnel.”

Realising that this fraudulent criminal act will damage him as a person and his musical career, he went on to say:

“Although the future may seem bleak, I am determined to make amends and create a positive future in music. Without the support of my fans and family I would never have the strength to write this message. Thank you all and best wishes Benny Dhaliwal.”

Sadly, we see yet another Bhangra singer involved in high profile criminal activity which cannot be ignored. Last year the case of Gary Sandhu hit the news and now, Benny Dhaliwal, another singer is imprisoned for ‘professional fraud’ which raises the question of role models for future artists and the impact this is having on the Bhangra music scene, which took decades to establish by veteran artists who were dedicated to their craft.

So we ask, are there more singers, producers, record labels involved in such crimes that were are yet to discover?

As part of the senior DESIblitz team, Indi is responsible for management and advertising. He especially loves producing stories with special video and photography features. His life motto is 'no pain, no gain...'
Arun Ghosh the Incredible Indo-Jazz Musician
India’s Crackdown on Web music piracy