The cost of Indian music piracy is significantly damaging artists, producers and music companies alike. On-line piracy is one of the biggest problems. Now, an Indian court ruling has given powers to close and ban websites guilty of providing free and illegal music downloads of Indian music.

"there is a long battle ahead to curb piracy"

A High Court ruling in Calcutta, India, has responded to a complaint from the trade group IMI (The Indian Music Industry) to stop copyright infringing websites guilty of providing free music downloads.

The ruling states that access to 104 alleged music websites infringing copyright must be blocked at ISP (Internet Service Provider) level. This will mean that approximately 397 of India’s Internet service providers will utilise DNS and IP-based blocking as well as deep packet inspection to block access to these sites.

Some of these sites are established Indian music websites such as dishant, smashits.com and filmicafe.com, which will be facing the stiff action of the court order.

The IFPI (International Federation of the Phonographic Industry) which represents the recording industry worldwide with some 1400 members in 66 countries and affiliated industry associations in 45 countries, welcomed the decision. Frances Moore, CEO of IFPI said:

“This decision is a victory for the rule of law online and a blow to those illegal businesses that want to build revenues by violating the rights of others.” 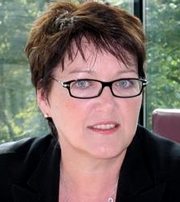 “It highlights the importance the Indian courts place on the creative industries and their contribution to the economy. The court ruled that blocking is a proportionate and effective way to tackle website piracy. The Indian government should build on this progress by moving forward legislation to effectively tackle all forms of digital piracy to enable the country’s digital music market to reach its full potential,” he added.

The Indian music industry is very closely affiliated with the Bollywood movie industry. IMI says nearly 68 percent of music sales are in the Bollywood soundtrack category. As such, both film and music have sought legal intervention against sites such as Songs.pk since late last year.

IMI Chief Adviser, JF Ribeiro, said: “There is a lot to be done as there is a long battle ahead to curb piracy. The IMI is now focusing on implementation of the order and ensuring that all unauthorised websites which offer downloading of music for free without license are banned and blocked.”

The recorded music market in India was worth an estimated US$141.2 million in 2011, according to IFPI figures. This represented a 6.2 per cent increase on 2010, but still means the market, long blighted by piracy, was worth a fraction of that of other Asian nations, such as Japan (US$4 billion) and South Korea (US$199 million). If piracy could be effectively addresses, there is potential for the market to increase substantially. A significant proportion of record company revenues in India (46%) are already derived from digital channels and there are 16 licensed digital music services. 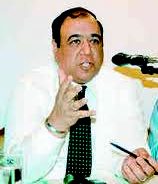 President of IMI, Vijay Lazarus, said during a press conference: “Piracy is causing losses of about Rs20,000 crores every year due to copyright infringement. The recent study suggests that India’s digital music market is in the range of Rs5,000 crores but only 7% of it is legitimate.”

Savio D’Souza, Secretary General of IMI said: “Enforcing rights against online infringers has been difficult because of the inherent nature of the Internet. But IMI, through its consistent and intensive operations, has managed to obtain court orders prohibiting some prominent illegal music websites to stop operation within 36 hours of intimation.”

In South India, the anti-piracy Bill (proposed Goonda Act) to contain piracy of films and music is being discussed. Director of record label, Lahari Recording Company, Lahari VeluLahiri said, “We are fighting for the Goonda Act for the past 28 years. Our industry is already losing crores of rupees and will continue to lose, if the Act fails to materialise. With piracy, our music industry is going to collapse and the quality of music is going to deteriorate.” 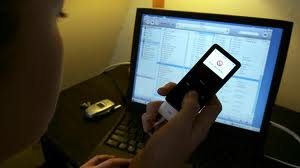 One of the first websites to be hit by the court order was via two industry bodies and one music company who sought a legal restraint on 11 ISP’s to block access to the music website www.songs.pk. Phonographic Performance Ltd, The Indian Music Industry, and Sagarika Music Pvt Ltd have demanded a restraint on internet access to download, stream, disseminate, and reproduce copyright music on this site, according to a public notice. The site has closed down and its attempt to resurface later as songspk.pk did not last long.

Hopefully, this move from the IMI and other bodies will be the first serious attack on piracy of Indian music which is losing billions and no doubt the issue is as big in the UK for British-Asian music as it is abroad.

Jas likes to keep in touch with the world of music and entertainment by writing about it. He does like hitting the gym too. His motto is 'The difference between the impossible and the possible lies in a person's determination.'
Benny Dhaliwal jailed for Alcohol Fraud
‘Saarey Dillo’ unites Pioneers of Bhangra