The UK High Court has ordered six internet service providers to clamp down on piracy sites. But will this prevent users torrenting media files in the future?

"BT will only block access to websites engaged in copyright infringement when ordered."

The High Court has ordered 53 online piracy services to be blocked and is calling on the UK’s top six leading internet providers to do so.

At the moment, the list of banned sites stands at 93, seeing an dramatic increase since this practice first began in 2012. 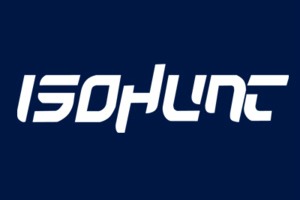 Commenting on the call to ban the sites, Britain’s largest telecoms and broadband provider, BT said: “BT will only block access to websites engaged in online copyright infringement when ordered to do so.”

This viewpoint is also shared with the other service providers, showing a united front in banning online piracy of movies, TV series, images, and music.

Examples of the sites that are banned include:

The complete list was devised from several different lists which were processed at the same time.

For those unsure on how a list of the sites can be devised, Marcich also discussed their system and process of locating piracy websites in order to ban the sites:

“It carefully targets sites whose sole purpose is to make money off the back of other people’s content while paying nothing back into the legitimate economy.”

However, despite locating these sites and issuing court orders to ISP’s to ban them, unfortunately this does not signal the end of online piracy. 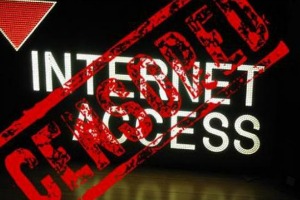 The torrents or files used to provide the user with the illegal downloads are on several file-sharing or “torrent” sites, therefore closing down one website may not provide the desired effect by the High Court.

Ernesto Van Der Sar, editor of Torrentfreak, also agreed to this view: “It deters a few people who can’t access their usual sites, but most people will try to find ones that are not yet blocked or use VPNs (virtual proxy networks) or proxy sites to get the same content.”

However, blocking a few sites can help in making the torrents more difficult to find. If more and more sites are being taken offline, they will see a drop in the advertisements on those sites which funds the website and over time will succumb to closing down due to a lack of revenue.

Omar, an avid viewer of the US hit show Big Bang Theory says: “Why do people want to use torrents now?”

“We have Netflix which I use religiously, I know its not free but the sound and visual qualities are much better than what you would from torrent sites!”

However not all share Omar’s view, Rupy another British Asian said: “Why is the Government needlessly getting involved? People are sharing files, torrenting should not be made illegal and the people who use torrent sites should not be branded as criminals”

The High Court are certainly making a statement by using ISPs to clamp down on 93 piracy sites. Whether or not all torrent sites will forever be banned however, remains to be seen.

Amarjit is a 1st class English Language graduate who enjoys gaming, football, travelling and flexing his creative muscles writing comedy sketches and scripts. His motto is “It’s never too late to be who you might have been” by George Eliot.
What is Black Friday?
Alien: Isolation a true Survival Horror experience