Alien: Isolation is a shot of nostalgia for fans of the first 1979 flick. The survival horror emphasises stealth over shots, and chills over action thrills.

For Alien fans, this one is an absolute no brainer.

The Alien franchise has existed for 35 years without getting the game it deserves. But The Creative Assembly and SEGA’s Alien: Isolation might have finally changed that.

Isolation is applauded for its capture of the original Alien film’s (1979) essence. The moodily lit ship that the game takes place on is incredibly detailed, aiding immersion greatly.

But beyond that, Alien: Isolation manages to capture the overall tone of the series. A true survival horror game, Alien: Isolation finally reproduces the fear and sense of discomfort associated with the films.

The titular Alien is a beast you not only do not wish to confront, but it’s often an impossibility to do so. 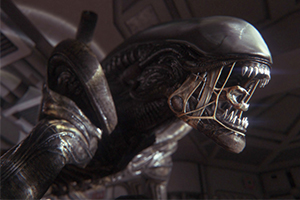 The screeching, violin-led score helps too. Isolation boasts that kind of mood music that could make the Teletubbies a terrifying experience.

Unlike most survival/stealth games, the Alien in Isolation does not follow a predetermined, readable path. It tracks the player via sight, sound and smell.

In addition to this, as the same, un-killable Alien is involved throughout the majority of the game, it learns as the story progresses, adding to its methods of hunting.

The game’s protagonist, Amanda Ripley (daughter of the Alien series’ Ellen) has a selection of equipment that can be used to aid survival; however these mechanics are well balanced.

The flashlight gives away the players position when used, and Amanda’s motion tracker makes a noise the Alien can hear. Amanda can run, but she’s not exactly twinkle toed, and the Alien will hear the footsteps too. Players can hold their breath when hiding, but this eventually depletes health.

Some of the cooler features though, are limited to Kinect 2 and PlayStation Camera owners. The camera tech allows for head tracking when peering around corners, as well as noise detection. 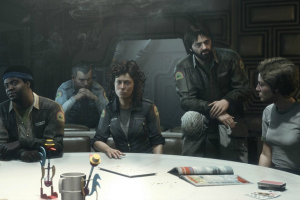 Provided you don’t have noisy neighbours, family or housemates, the noise tracking can be equally fun and punishing, as your gasps, curses and screams will all be heard.

The ship is also littered with a bunch of human and android AIs. The human characters can be lethal in and of themselves. But their real purpose seems to be foolishly and repeatedly making it even harder for you (and them) to survive relentless attacks from the Alien.

They do this by naively firing their weapons; something human players quickly learn is the resort after the last resort has already failed.

While there are some great things about the game, there are some recurring caveats. One such being the game’s length. Alarmingly in this case, it’s not being too short, but too long that’s the problem.

A sense of repetitiveness and fatigue at the back end of 20+ hours has managed to sully fond early memories and experiences in some cases. Alongside the gorgeous and true to lore environments, the first person nature of the game also adds its own level of immersion. 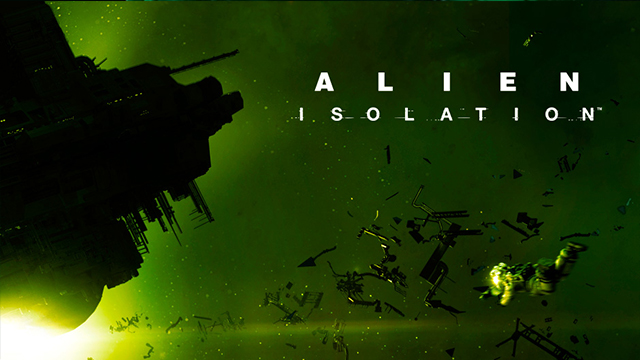 The camera view is widely reserved for twitchy, competitive shooters such as Call of Duty and Battlefield, and isn’t usually a trope associated with stealth or survival games. However, Alien’s first person camera is executed fantastically. Especially during the many times you’ll find yourself frantically attempting to escape the Alien.

When you’re inevitably caught (which you will be on the game’s recommended ‘hard’ setting), the Alien will often stare menacingly into your own cold soul (also known as the camera), before the implied fatal blow.

The fact you forget the Alien is staring into the eyes of the fictional character you’re piloting, and not directly into your own, is a testament to just how involved you feel whilst playing.

A number of animations accompany death by Alien. All shocking. All chilling. Executions, executed sublimely. One such animation, sees a fleeing player, stop abruptly. The first person camera jerks upwards, revealing the Alien, hiding in the ducts above.

Another has the camera slowly sweeping downward, to reveal Amanda’s chest, impaled by the creature. Goosebumps.

Although not boasting nearly as many animations for deaths, Alien: Isolation is somewhat comparable to the latest Tomb Raider reboot. Tomb Raider manages to make failure a fun mechanic, awarding unsuccessful players with a multitude of situational animations for Lara’s demise.

The gruesome deaths aren’t always for the squeamish, and can be uncomfortable, but the unfamiliarity of a new way to go somehow manages to stay entertaining.

Alien: Isolation creates similar melancholy in failure. The frightful nature of the game makes dying a strange mixture of frustrating but extremely relieving; the loading screens acting as a brief lull in the intense suspense.

Like Tomb Raider, there’s a sense of bittersweet in dying. Unlike Tomb Raider, the sweet comes from the actual dying, not the way said death was depicted. The relief of being freed from an uncomfortable prison of nerves, rather than the intrigue in watching a new, disturbingly realistic fatality, is at play here.

However, the eventual recycled animations for deaths and frustrating frequency of them (otherworldly talented players aside, you’ll die a lot during this game), can eventually grow stale; a reason for some of the negativity towards the game’s length.

For Alien fans, this one is an absolute no brainer. Others will find a satisfying, if not annoyingly lengthy stealth/survival based game with a worthy story to boot.