What’s your Rashee? Piracy an Inside Job

Piracy is a big problem for the Bollywood film industry but the crime has now shockingly evolved with the theft of Whats your Rashee? from film laboratories.

After the theft, the film was pirated before its release

Shockingly, the masterprint of What’s Your Rashee?, the Priyanka Chopra and Harman Baweja film was stolen from the film laboratories. Making the theft an inside job within the Bollywood film industry.

After the theft, What’s Your Rashee? was pirated before its release and copies of the film hit the market before the official distribution.

This news has shocked the industry and raised serious questions about the security of non-released films. Because this is the critical stage of the process before films are put into circulation and sent out to territories around the world. And if films are not safe at this point, it is very disturbing news for all concerned.

Emotions are high and anger has been displayed at the news of this crime and a piracy claim is being made by the producers of the movie, Ashutosh Gowariker and UTV, against employees belonging to Adlabs Films, UFO Moviez and one of the oldest home entertainment labels Sheramoo. They have all been accused of aiding the piracy of the film.

UTV is seeking Rs 50 crore each in damages from Adlabs and UFO. In a statement from UTV, it said,

“Since the print has been pirated and made available in the market, the film will also lose a significant portion from its theatrical market.”

The Bollywood film stars Priyanka Chopra in 12 history-making different roles, playing each star-sign character from the zodiac. Giving Harman Baweja the chance to find lovefrom the zodiac in a hurry before his business faces ruin.

The Mumbai Crime Branch investigated the claims and arrested six people, including a business development manager from Adlabs Films and an associate vice president from UFO Moviez/ A total of 11 films were pirated before release with What’s your Rashee? being the latest. 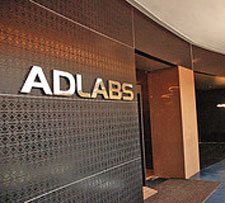 The revelation of who was involved in the racket at Adlabs and UFO came about when the investigation team arrested three people, Afsar Hyder Hussain alias Ashraf, 26, Firoz Irfan Khan alias Salim, 23, and Tanzim Ali Sayed, 26, in Mumbai. Pirated DVD’s of What’s Your Rashee? and Dil Bole Hadippa! were recovered from the operation ran by these three. They told officers that they got a masterpint copy of the film from Durgadas Bhakta, a business development manager at Adlabs and Rajesh Chaudhary, the associate vice-president for operations and digital mastering at UFO Moviez.

Adlabs process films and UFO digitise and release them to multiplexes. A copy of the film was made at UFO by Rajesh Chaudhary. From the arrests the police found out that the sum involved for the piracy was Rs. 2 lakh.

Subsequently, the Crime Branch arrested the Chaudhary, Bhakta and his associate Ajay Pal. The arrest of the corporate executives demonstrates source of film piracy now taking place at higher levels in the film industry.

During the investigation it was disclosed that a print would be sent to Karachi in Pakistan, where it would further be distributed to countries including Bangladesh, France, Germany, Netherlands and Indonesia.

Since the scandal, UFO Moviez has fired Chaudhary from his job. Top officials of the firm met senior Crime Branch officers in Mumbai and said they would cooperate with the investigation. Kapil Agarwal, Joint MD of UFO Moviez, said, “We will now take a call if the claim is binding on us.”

But Adlabs has reacted with a more lukewarm response and said:

“We shall take all appropriate legal actions against any person or persons in the organisation found guilty of any lapse or misconduct.”

“Piracy is eating away a substantial chunk of the legitimate revenues of the entertainment industry and Reliance ADA group stands committed to fight this evil.”

Piracy has plagued the Bollywood film industry for many years and it is predicted by analysts that approximately Rs 5000 crore every year is lost to piracy. UFO Moviez have a five step security programme to demonstrate the benefits of using their company for digitisation of films. But no such programme is going to stop human crime. Exposing the vulnerability of the producers to inside job activity resulting in a bigger struggle against piracy and major losses.

Baldev enjoys sports, reading and meeting people of interest. In between his social life he loves to write. He quotes Groucho Marx - "The two most engaging powers of an author are to make new things familiar, and familiar things new."
Rani Mukherjee Hadippa in Toronto
Bollywood loves Britain