Nissan unveiled its Driver Attention Alert at the New York Auto Show 2015 to detect drowsy drivers. Can falling asleep at the wheel be a thing of the past?

The system attempts to identify fatigue and tiredness in the driver’s behavioural patterns.

The smart feature analyses the driver’s steering behaviour in a matter of minutes. Then, it attempts to identify fatigue and tiredness in the driver’s behavioural patterns.

On detection of drowsiness, a chime sounds and a picture of a coffee cup captioned ‘take a break’ are displayed to alert the driver.

All of this is accomplished with highly-advanced technology in a James Bond-style steering angle sensors, but of course!

Nissan is confident their technology will be accurate in identifying genuine cases of fatigue and ‘inattention’, and not become a nuisance gizmo.

“The system automatically resets when the engine is turned off. It can also be turned off by the driver if desired.”

DDA will be featured on two of their latest models – the 2015 Murano and 2016 Maxima. The Qashqai and other Nissan models will follow.

DESIblitz wants to take Nissan’s feature a step further (and safer) and explores how this type of technology can be customised for Desi drivers:

Putting the Desi twist aside, the question remains whether consumers will truly benefit from Nissan’s latest offering. 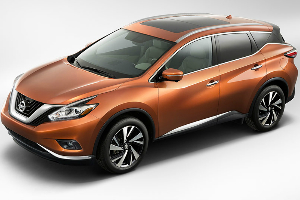 Mercedes Benz, Hyundai, Renault and Toyota all have their own forms of drowsiness alerts in a bid to outdo each other in the safety department.

So is Nissan’s warning system the real deal or simply taking consumers for a ride with pricey add-ons?

It is undeniable that technology can play a major part in combating sleep-related road accidents, as the UK government’s statistics paint a rather grim picture.

Out of all major UK road accidents, 20 per cent are sleep-related and 40 per cent of them involve commercial vehicles.

What’s more, men under the age of 30 are found to carry the highest risk of falling asleep at the wheel.

Its credibility will become apparent once in use on a daily basis by consumers. Nissan is also quick to point out the warning system does not replace the driver.

Nissan stated: “It is only a warning to inform the driver of a potential lack of driver attention or drowsiness. It does detect and provide an alert in every situation.”

Other Nissan safety features to look out for in the near future include:

Drowsy alerts may become a popular accompaniment to turning up the volume on the radio or winding down the window. Time will tell if this is a life-saving, must-have safety feature or just another annoying marketing gimmick.

One thing for sure is with improving technology, the increase in the battle for safety features in the car market will provide consumers with more choices and ultimately save lives.

Bipin enjoys cinema, documentaries and current affairs. He writes silly rhyming poetry when free, loving the dynamics of being the only male in the household with his wife and two young daughters: “Start with the dream, not the barriers to fulfilling it.”
Satyam Founder Jailed for 7 Years for Fraud
First Look at the LG G4 Smartphone