The Nissan Teatro for Dayz concept is the high-tech, customisable car for the ‘naughties’ generation. Share a photo or Tweets around the car with a click.

"EVs fit their lifestyles far better than cars that require regular visits to a gas station."

Nissan unveils a sneaky peek at its high tech and selfie-conscious ‘Teatro for Dayz’ concept car ahead of the Tokyo Motor Show.

Aimed ‘squarely’ at the selfie-crazy digital generation of soon-to-be-driving teens (a demographic Nissan brands as ‘share natives’), this revolutionary minicar is literally a social media platform on wheels.

Based on the previous Nissan Days concept, it is a cute electric car lathered with a ‘blank canvas’ of LED panels throughout the interior, used for sharing digital messages like never before. 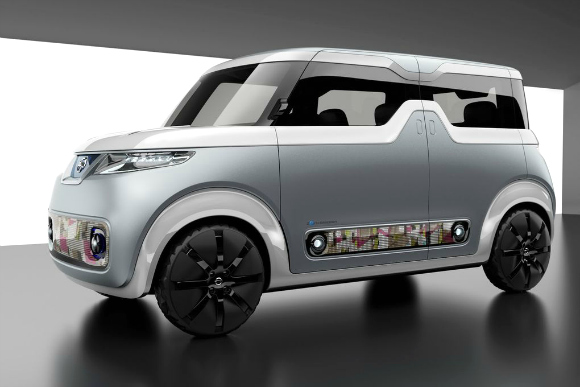 With safety and the distraction element somewhat overlooked, there is plenty of method in Nissan’s wacky madness for this car as their longer term vision unfolds.

Nissan’s Product Planning General Manager, Hidemi Sasaki, says: “The generation now getting their first driver’s licenses has always been connected through digital devices, email, social media and so forth.

“What moves these digital natives is capturing experiences in photos and videos and sharing them.”

He adds: “What’s important is not whether something is experienced personally or virtually. What matters is the process of sharing.”

DESIblitz takes a closer look at the Nissan Teatro for Dayz concept car. 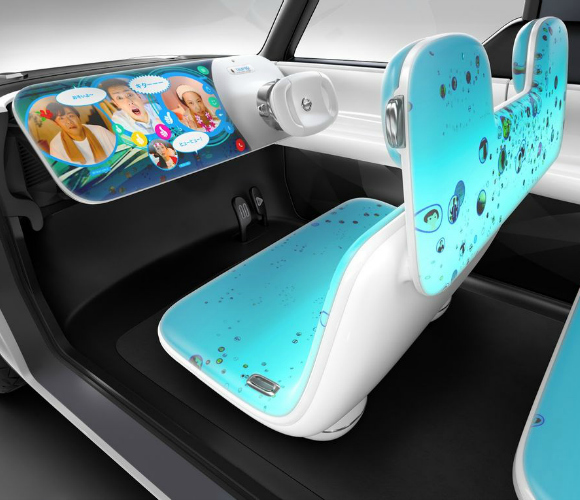 Make no mistakes, this car is all about the cabin.

The interior is minimalistic, made of nothing more than hard white seats, dashboard panel, steering wheel and two pedals.

However, once the car is in ‘drive mode’, all of this hardware can be adjusted and customised at the touch of a button using sophisticated LED screens.

Create a colour scheme to match your mood or an event, share Tweets, selfies and Facebook photos along with other social media messages around various parts of the car.

The driver can even adjust the size and look of the information displayed on the dashboard. 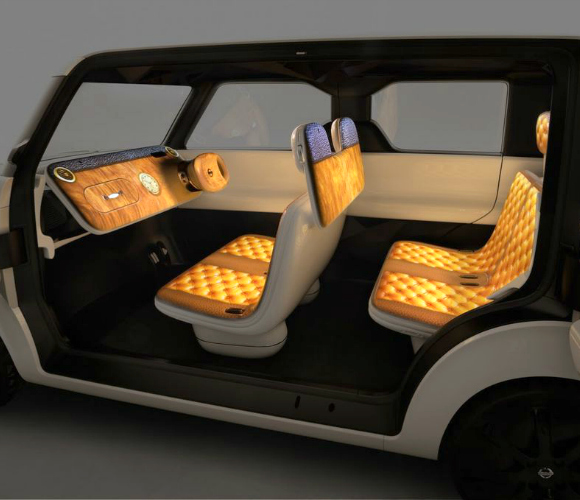 In order to allow this freedom of expression, buttons and knobs have been replaced with voice control functionality, for example, to change air conditioning or audio features.

As Nissan states, as ‘technology evolves and share natives contribute ideas through feedback, the variety of ways the interior could serve as a digital native theater will expand’. 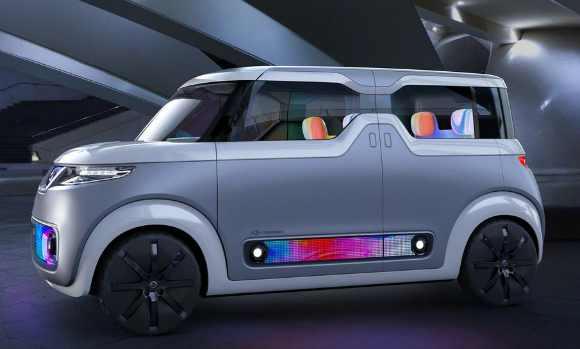 The shape of the Teatro is cute and boxy. Even the Nissan logo has been changed to seem less aggressive.

The doors both open from the middle outwards like a coach cabin, and LED panels also make a presence outside to add to that overall customisability.

Nissan have clearly done their homework on their target customers and conclude ‘minicars will be the vehicle of choice for share natives’. 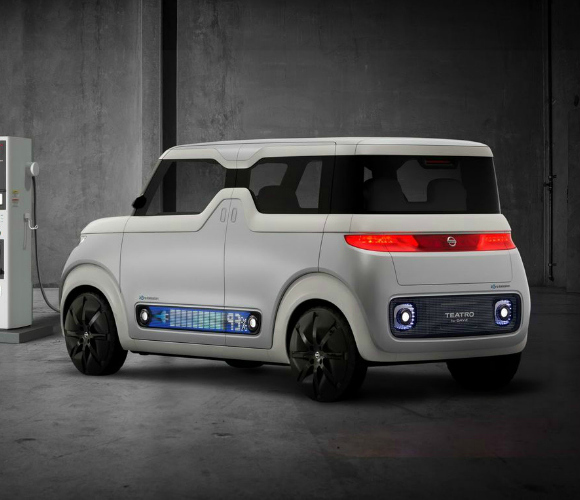 Sasaki comments: “In addition to being compact, minicars remind them of the handy mobile devices they carry in their pockets.”

“Share natives are already accustomed to recharging their devices at home, so EVs fit their lifestyles far better than cars that require regular visits to a gas station.”

What the Teatro for Dayz will inevitably do is open up a fresh new debate as to what the future generations of car buyers want from their vehicles.

With interactivity potentially becoming more important than traditional attributes like speed, power and looks, Nissan may just have captured the imaginations of the affluent tech-savvy drivers of tomorrow.

The Teatro for Dayz makes its official world premiere at the 2015 Tokyo Motor Show which begins on October 30, 2015.

Bipin enjoys cinema, documentaries and current affairs. He writes silly rhyming poetry when free, loving the dynamics of being the only male in the household with his wife and two young daughters: “Start with the dream, not the barriers to fulfilling it.”
Mercedes-Benz Concept IAA ~ A Futuristic Bullet
When Should You Give Your Child a Mobile Phone?