When Should You Give Your Child a Mobile Phone?

What is the right age to give your child a mobile phone? DESIblitz investigates this recent parental dichotomy between child safety and harmful exposure.

"I’ve seen how phones have opened the floodgates for a different medium of bullying."

If you have children aged between 4 and 11, it’s likely they’ve brought up the dreaded question about mobile phones, and when they can finally get their hands on one.

Are they using reasons like, ‘It’s a great way to make sure I’m safe when I’m not with you’, or, ‘All my friends have one and I feel left out’?

Chances are you had your first mobile phone in your late teens or early 20s. It was a brick, and texting was the only other real function on the phone.

Supplying your child with a phone these days however, essentially equips them with a pocket computer that has both a camera and the internet, and thus exposing them to all sorts of dangers.

So, what is the right age to give your child a mobile phone? 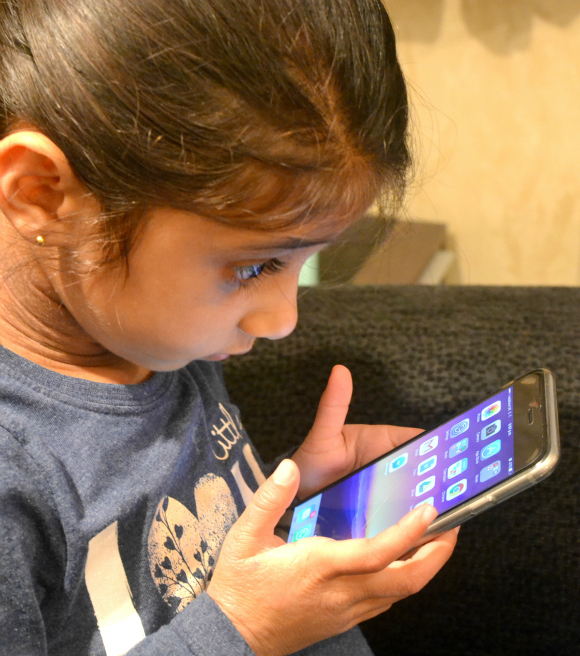 On one hand, it makes perfect sense for your child to have a phone with them at all times.

You are able to keep track of your child when they are away from you, such as after school and out with friends.

This is after all, when children begin their journey to independence; walking to school by themselves, socialising with friends, and exploring and discovering new things.

On the other side, without adequate measures in place, you risk exposing your child to a world of cyber-bullying, pornography, antisocial behaviour and possible health issues.

Along with the TV, tablet and laptop, the smartphone is yet another screen for your child to immerse themselves into for an ever more antisocial lifestyle. 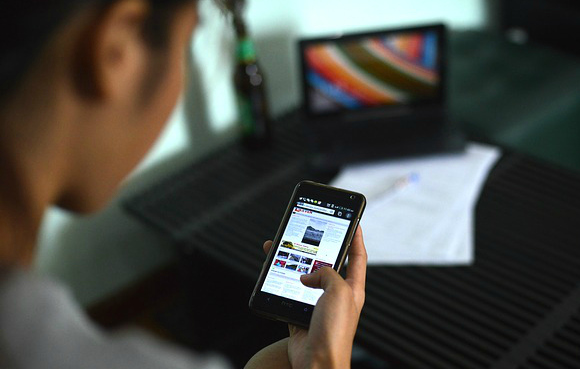 Research on when to give your child a phone from a health perspective is conflicting, due largely to this topic being a recent phenomenon.

The effects have also been impossible to measure over a long period of time.

The largest study around mobile phone use was conducted by the Institute of Cancer Epidemiology in 2006. It concluded there were no significant dangers of phone use on adults.

Research on children is more uncertain. As young, undeveloped brains are smaller and have thinner skulls, there is a possibility they absorb 10 times more radiation than adults.

Brain cancers and tumours are some of the risks children may therefore be exposed to, with even the World Health Organisation (WHO) admitting mobile phones ‘may cause cancer’.

14 out of 20 parents (70 per cent) told DESIblitz they would allow their children to have mobile phones once they attend secondary school, at the age of around 11.

With approximately 10 years left for the brain to develop, regular phone use from this age is a cause for concern for some parents. 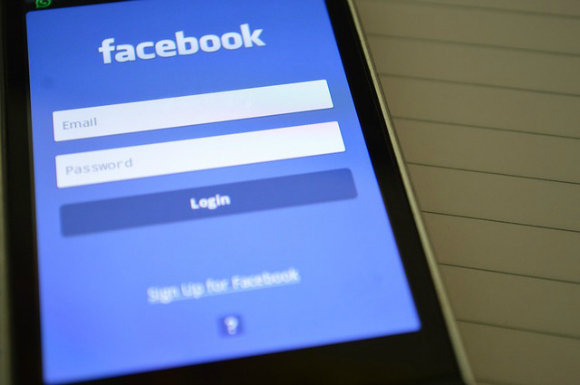 The dilemma for children between needing a phone and wanting one often comes down to their social circles and peer pressure.

If the majority of their friends have phones, naturally they will not want to feel left out being in social media messaging platforms such as Whatsapp, Twitter, Instagram, Facebook and Snapchat.

Sushma Vanalderwegen is a teacher and mother of two children from the West Midlands, Nayan, 12 and Mayna, 9.

Faced with the usual everyday situations so many children face, travelling to and from school with friends, Sushma opted to give Nayan his first mobile smartphone upon beginning secondary school. 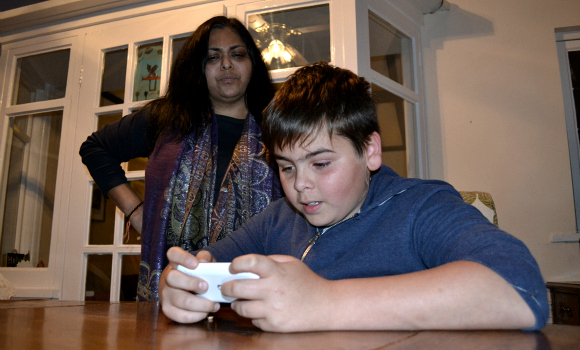 Nayan comments: “I use Whatsapp to keep in touch with my mum and dad and my friends.

“A lot of my friends had phones in the last year of primary school and I was one of the last ones from my friends to get one.

“There were some kids in Year 4 with phones who were 9 years old.

“I was invited to a party at short notice and messaged my friend to say I couldn’t make it. It led to an argument maybe from the words I used coming across in the wrong way but we sorted it when I saw him afterwards.”

As a parent and teacher, Sushma has plenty of experience with the pitfalls of youngsters using mobile phones.

Sushma says: “It took a bit of parental involvement to sort out the issue with the party. These are young innocent children and their words can be perceived differently from their intentions. 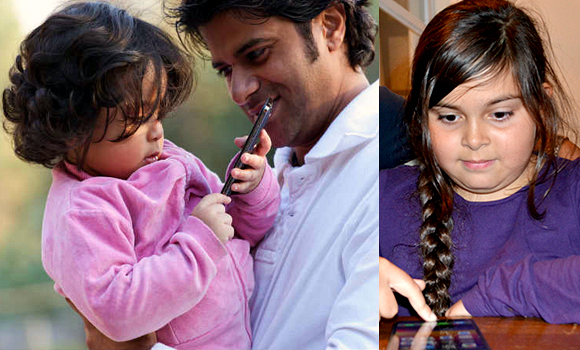 “Everything has to be vetted and I do check his online history. I’ve told him not to flash his phone around because I’ve known children to steal phones and sell on the phones and sim cards.”

“As a teacher, phones are a nightmare and I’ve seen how phones have opened the floodgates for a different medium of bullying. We’ve had to call the police in on several occasions and talked about phone use in assemblies.”

“Mayna is only 9 and her friends don’t have phones yet, so there’s some time yet before we go through all this with her.”

What Can Parents Do to Limit the Dangers of Phone Use? 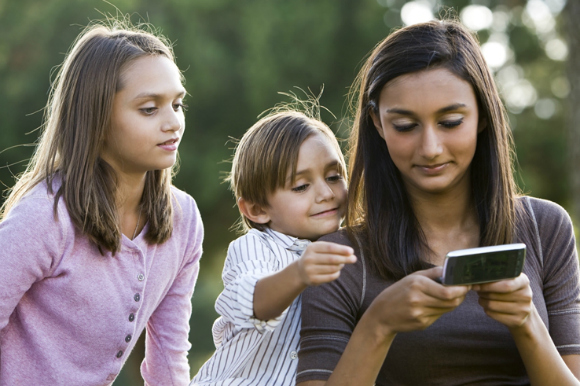 There are a few things parents can do to limit perilous exposure and manage their child’s use of smartphones:

There is no magic number that will tell you what is the right age to give your child a phone. In most cases, it is down to your own personal choice.

There are some things you can do as a parent to maintain your child’s innocence, but as their thirst for information grows, and quick answers are available at their fingertips, you may feel powerless.

Once you do decide to take that important step, the best thing to do is to communicate with your child as much as possible and educate them fully to ensure they understand the consequences of misusing their phone.

Bipin enjoys cinema, documentaries and current affairs. He writes silly rhyming poetry when free, loving the dynamics of being the only male in the household with his wife and two young daughters: “Start with the dream, not the barriers to fulfilling it.”
Nissan Teatro for Dayz for Selfie Generation
Indian character joins Assassin’s Creed Syndicate